THERE will be a highway linking Slovakia's east and west by the time the current government wraps up its first term in 2010, Prime Minister Robert Fico said a couple of weeks ago. 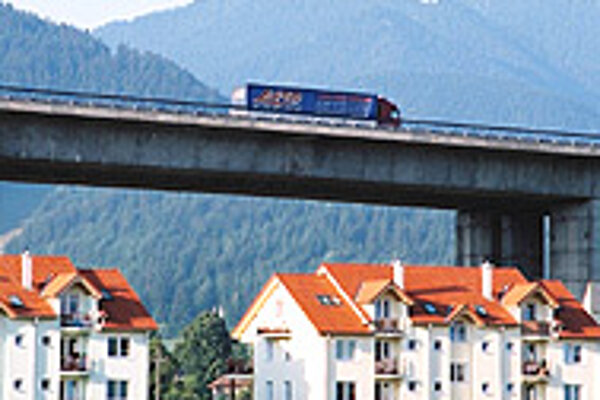 Font size:A-|A+
THERE will be a highway linking Slovakia's east and west by the time the current government wraps up its first term in 2010, Prime Minister Robert Fico said a couple of weeks ago.

That's three years earlier than the deadline of 2013 first set by the Transportation Ministry at the beginning of the term. Ministries and transportation experts have already been discussing whether a highway from Bratislava to Košice could realistically be completed by that time.

After meeting Transportation Minister Ľubomír Vážny on July 12, Fico said his new 2010 deadline could be realistic if the government makes highway construction its priority and releases more funds from state coffers.

The prime minister said the Transportation Ministry would supervise work on all the sections of highways and dual-carriageways currently under construction.

A draft bill to give the ministry the power to do this and install a special regime for highway construction could be ready by early 2009, Fico told media.

"We should build at reasonable costs, but at a significantly faster pace," Fico said.

Meeting the goal will require more funds from state and EU coffers, but also from financing through public-private partnership (PPP) projects, Fico added.

"I am glad that faster highway construction is becoming a priority for the prime minister and the whole cabinet," Vážny told the SITA newswire.

However, the ministry needs to have this strategy confirmed by an official cabinet decision, which is expected to happen in the first half of August, he added.

It also is necessary to revise the construction law, along with promptly setting the PPP tender conditions and selecting the private investor for the projects, Vážny said.

Public-private projects would cover 95 kilometres of the D1 Bratislava-Košice highway and a 43-kilometre section of the R1 speedway between Nitra and Hronský Beňadik, according to the minister.

"The National Highway Company (NDS), would rather not comment on politicians' statements," Marcel Jánošík, the spokesman of the NDS, told The Slovak Spectator.

With the original route plans, the 2010 deadline is rather unrealistic, said the director of the Žilina-based Transport Research Institute, Ľubomír Palčák.

In order to complete the Bratislava-Košice highway three years sooner than originally intended, simpler alternative routes that cost less and avoid time-consuming tunnels are now being considered. However, Palčák thinks that the new routes, instead of saving time, might cause delays and require more effort.

"The plans that include tunnel construction are the best-prepared options," Palčák said. "If we start working with some new options, we are back at the beginning."

The projects have not yet been prepared and the land has not yet been bought for the new alternatives, he said.

Between Bratislava and Košice, there are around a dozen tunnels planned, according to the NDS website. The longest tunnel would be the Višňové tunnel, which would stretch across 7.5 kilometres.

European countries have not yet had extensive experience with the PPP model, and those countries that have used PPPs - such as Hungary and the Czech Republic - have had rather negative experiences, Palčák said. In those countries, the investor had to secure returns from the investments, which led them to collect more expensive highway tolls, he added.

According to the Transport Research Institute, Slovakia should focus on a PPP model with the state guaranteeing the returns, collecting the tolls and defining the price of the tolls. This would eliminate the danger of the investor inflating the tolls, causing drivers to avoid these sections and limiting the chance for investment returns, Palčák said.

According to Palčák, the state must make sure that the conditions are clearly set, and all the potential risks of the investment are defined and equally shared by both the state and the investor.

The 1994-1998 cabinet of Vladimír Mečiar promised to give Slovakia a highway linking Bratislava and Košice by 2006. Not even the first stage of the project, a high-speed link between the Slovak capital and Žilina in the north, was completed by this date.

Former Transport Minister Pavol Prokopovič said that the current government's highway construction plans were not ambitious enough. He rejected any criticism from his successor that the highway agenda was neglected under his watch.