A big Dutch development company is heading for the industrial zone in Trenčín.
CTP Invest, based in the Czech town of Humpolec, plans to invest Sk2.7 billion (€81 million), the SITA newswire reported. 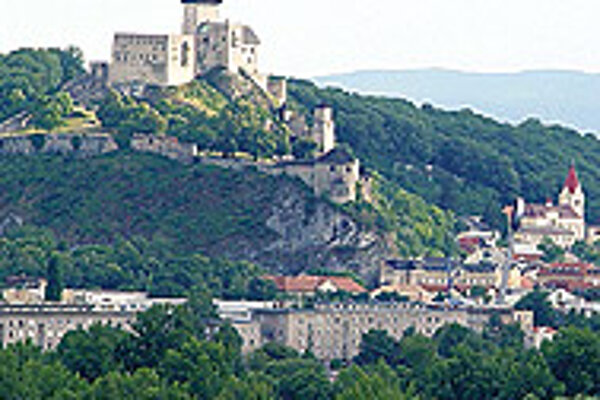 A big Dutch development company is heading for the industrial zone in Trenčín.

CTP Invest, based in the Czech town of Humpolec, plans to invest Sk2.7 billion (€81 million), the SITA newswire reported.

Deputies of the Trenčín town council approved the sale of almost 28 hectares of lots to CTP Invest for more than Sk150 million (€4.5 million).

The Dutch developer has operated in the Czech Republic since the mid-1990s, offering clients complete construction and financing of industrial and storage facilities. In the Czech Republic, it invested almost €1 billion in 12 industrial parks and eight logistics centres, according to Celler.

In Slovakia, the biggest activity of this company has so far been developing the industrial park in Prešov. The company has also been involved in the park in Dolný Hričov.

The Town of Trenčín is finalising a contract with the company that will require CTP Invest to use no more than 15 percent of its property for logistics, Celler said. Instead, the land should mostly be used for light production, research and development - work with a higher value added.

The industrial zone in Trenčín is expected to grow to more than 100 hectares. The first phase, for which the local authority already has a subsidy of Sk90 million (€2.7 million) from the Economy Ministry, is to include almost 50 hectares.

BÁNOVCE NAD BEBRAVOU, a small town in the Trenčín region, is getting a big investment from one of Europe's biggest automotive producers.

Bánovce nad Bebravou is one location of the former Czechoslovak truck-making company, Tatra. That tradition, along with the town's industrial park, attracted the investment of LKW Komponenten last year, the Hospodárske Noviny newspaper reported.

LKW Komponenten is a member of the MAN Nutzfahrzeuge Österreich group, the third-largest automotive producer in all of Europe. The Slovak business weekly, Trend, ranked the MAN investment into the expansion of LKW Komponenten among the top five investment actions of June 2007.

The company operates in the Bánovce nad Bebravou industrial park and its production is focused on moulded and welded steel components for the mother company, MAN.

According to Hospodárske Noviny, the annual capacity of LKW Komponenten is 2,500 tonnes of components. The investment should help boost production to about 3,500 tonnes.

So far MAN has invested Sk353million (€10.6 million) into the enterprise in Bánovce. The expansion will require another Sk315million (€9.4 million).

Johnson Controls Trenčín is planning to create 520 new jobs by 2009.

The company will get a grant of Sk104 million (€3.1 million) from the Ministry of Labour, Social Affairs and Family, the Rádio Regina regional station broadcast.

The company said it will start construction this summer, and the pool will be open by November 2007. Currently, negotiations with banks to create a tender for this development are underway, the SITA newswire wrote.

According to the company, this is the first important step towards reconstructing and modernising the spas. In order to attract new clients, new types of relaxation stays have been launched and the selection of spa procedures for the public has expanded.

Because the Town of Trenčianske Teplice is known mostly for the spa, it is inevitable for the town and spa to co-operate in the development of the entire region, according to Mayor Štefan Škultéty.

"Construction of the new outdoor thermal pool is the result of a positive co-operation between both sides, as it will not only improve the attractiveness of Trenčianske Teplice for visitors to the town and spa, but it also will serve the town's residents," Škultéty added.

The SLK mainly serves clients with locomotive organ conditions, injuries and post-surgery conditions, as well as chronic rheumatic illnesses. Treatments are mainly based on the use of sulfurous thermal mineral water.

Last year, the spa gained a new investor and majority shareholder, the Arca Capital Slovakia company, which plans to invest Sk1.5 billion (€45 million) into renovating and modernising the spa in the next few years.

The second attempt at a competition for the reconstruction of Mierové Square in Trenčín - this time with an international scope - has again ended in failure.

The renovation of the main square in the historical town reserve, for which the town is willing to pay Sk100 million (€3 million), is being postponed again, according to a SITA newsire report.

"Almost 60 possible contestants took the applications for competition, but - to the surprise and disappointment of the organiser - just nine drafts were handed in. And five of them had to be eliminated because they did not fulfill the official requirements," town spokesman Tibor Hlobeň said.

One of the nine drafts came from the Czech Republic, and the others came from Slovak architects. Not even the reward of Sk500,000 (€15,000) lured more architects.

An expert committee, headed by famed Czech architect Aleš Burian, dealt with the four drafts that were approved. It recommended the town not present any award to the contestants, and not negotiate with any of the bidders without first publishing details of the contract, Hlobeň said.

Trenčín's central historical square is the only one in any of Slovakia's regional towns that has not yet undergone a thorough reconstruction.

The goal of the project is to emphasise the historical uniqueness of the place, and to create a new centre of activity for Trenčín residents.

"It is necessary to approve a project [whose results] will be attractive and trendy for at least 50 years," Trenčín Mayor Branislav Celler said. "We do not want to make a mistake, nor to accept a controversial solution that inhabitants cannot identify with."

Thus, Celler decided to form a working committee that will operate as an advisory body to the mayor and look for an answer to the question of what the square should be like.

"We also want to address the buildings' owners, business owners who have their premises there, residents, representatives of the architecture community, preservationists," he said. "After such a broad discussion, we intend to generate a proposal about which direction to choose.

"You know, there are numerous questions that remained unanswered - how to solve the access to the square for the people living there, how to secure the deliveries, how to solve advertising boards, dormer-windows. What to do with the stage - is it in the right place there on the central square, and if yes, what should it look like?" he continued. "There are dozens of questions, which can have hundreds of answers, and we want to find the best ones."

The Bratislava company Aurex got the contract for the plan. According to the bulletin of the Institute for Public Procurement (ÚVO), it was the only company to register for the public competition for creating the town plan, the news website 24hod.sk reported.

The current urban plan is about 10 years old. Town spokesman Tibor Hlobeň said it does not meet the current demands.

According to him, the need for a new plan was caused by the new era, changes in transportation, and the planned extensive reconstruction and expansion of the town centre, which is connected to a rail transfer in the town.

The winner of the competition is expected to start developing the urban plan in August, and complete it by the end of 2009.

The winning company also made Trenčín's current urban plan, according to its website.

However, not all towns are satisfied with its work. Považská Bystrica and last year Banská Bystrica criticised the company for being slow.

Gabor will employ about 9,000 people altogether in both plants, and produce 10,500 pairs of shoes and 5,500 pairs of uppers, the TASR newswire reported.

The company has already felt the shortage of available labour willing to work in the boot and shoe industry. So since 2002, it has co-operated with the Joint Secondary School in Bánovce nad Bebravou.

Gabor financially supports a study programme that leads to an A-level certificate called technician of shoe production. Twenty young experts graduate from the school each year.

The Gabor company came to Bánovce nad Bebravou in 1996, gradually building two factories. It has so far invested Sk924 million (€27.7 million) in Slovakia. Last year, it had more than Sk2 billion (€60 million) in revenues, with a net profit of Sk147 million (€4.4 million).