PRIME Minister Robert Fico has lashed out at private pension management companies.
The prime minister has never really been fond of the concept of Slovaks saving money for their pensions in private pension funds, but last week his criticism of these companies intensified. 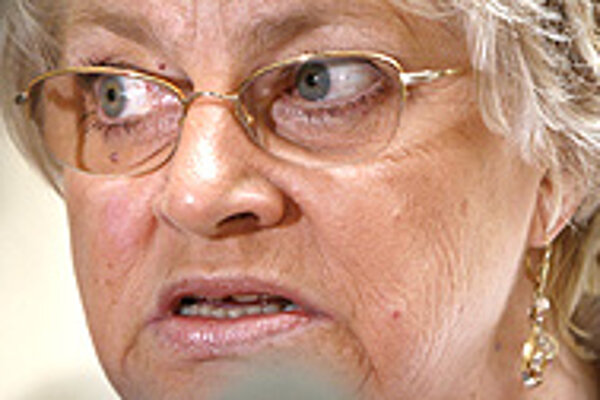 The prime minister has never really been fond of the concept of Slovaks saving money for their pensions in private pension funds, but last week his criticism of these companies intensified.

The prime minister warned citizens that the losses of the pension fund administration companies might endanger the future payout of pensions. He also said that clients should consider quitting the so-called capitalisation pillar, which was one of the main attributes of the old-age pension reform initiated by the government of Mikuláš Dzurinda. The reform makes it possible for people to save for their pensions in private accounts administered by pension fund management companies.

Fico compared the operation of these pension fund administration companies to the ill-fated pyramid schemes that a couple of years ago stripped more than 100,000 Slovak clients of a total of Sk14 billion (€418.1 million).

The government cannot guarantee that the situation around pension fund administration companies will not become similar to those seen in the unlicensed deposit companies, Fico said.

Fico made these statements in defense of his Labour Minister Viera Tomanová, who has been scrutinised by media for her ministry approving a grant to a non-governmental centre where she worked before becoming a minister. The Privilégium service centre owes several million crowns in compulsory social insurance payments to social security provider Sociálna Poisťovňa.

Fico said he believes that the media coverage of Tomanová's case has been an act of revenge by the private pension fund administration companies for the minister's plans to modify Slovakia's pension system.

Tomanová's draft revision to the Social Insurance Act, if passed, would allow people to withdraw from the so-called capitalisation pillar of the pension system from January 2008 until June 2008.

The Association of Pension Fund Administration Companies said Fico's claim that its members' losses would endanger their clients' savings shows that the prime minister misunderstands how the pension system works.

"It is a lack of understanding of the functioning of financial markets in Europe and in the world," Ivan Barri, executive director of the association, told The Slovak Spectator.

The pension fund companies are inspected not only by the National Bank of Slovakia (NBS) but also the respective body in their home countries, Barri said. In order to run a business in Slovakia, they need the approval of the NBS, and a number of conditions are checked before the license is granted: where executives of the company served before, financial security and plans.

"The pension fund administration companies have some of the toughest conditions for running a business and they are under the strictest scrutiny," Barri said. "They have separated the money of their clients from the property of the administrator, which means that the administrator might have losses, but these will not affect the clients, as the losses are the shareholders' problem."

Meanwhile, NBS Governor Ivan Šramko said that the private pension system in Slovakia is safe. It is based on multiple controls, with the clients' funds strictly separated from the assets of the pension administration companies, he told the press.

According to Šramko, the losses that the companies have posted so far can be explained by the fact that the whole system has only just been launched. Some of the companies used legal accounting techniques to include all the initial costs in one year, the TASR newswire wrote.

Fico said that in 2005 and 2006 alone, the private pension companies posted losses exceeding Sk1.5 billion (€44.8 million) put together, and claimed that the trend is getting worse.

The prime minister also published the wages of top managers of the private pension management companies, suggesting that while the companies are losing money, the managers' salaries are still high.

However, Fico refused to say where he got the information.

"There is a minimal suspicion that the prime minister, by his acts, has violated the protection of personal data of some individuals when he publicly presented this economic data without the consent of these people," Kamenec said. "Moreover, relevant state bodies should also take a look at how the prime minister obtained the data and whether he has them from legal sources."

The prime minister had no legitimate reason to show the video, Kamenec said.

"It was, in fact, a campaign against the companies, which run their business in line with the law," he said.

The latest pension reform that has been a thorn in the side of the prime minister and his labour minister was built on three pillars. The first pillar is a pay-as-you-go system, which is now 100-percent insurance-based with disbursements that reflect the monthly amount paid into the account and the length of the savings' lifespan.

With files from Marta Durianova.