THE AUTOMOTIVE industry in the Trnava Region has been gaining strength since PSA Peugeot Citroen came to town. Now the region could soon become the home of Slovakia's first automotive cluster. 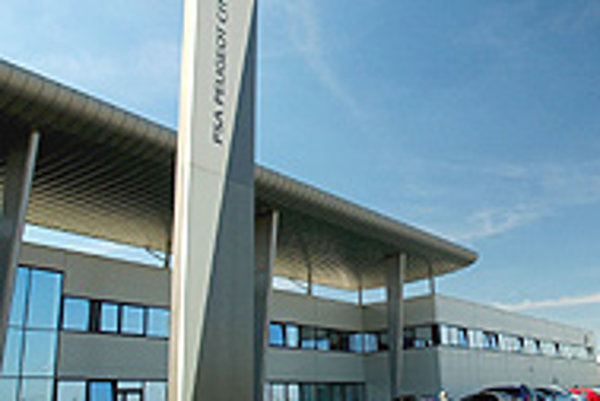 Font size:A-|A+0
THE AUTOMOTIVE industry in the Trnava Region has been gaining strength since PSA Peugeot Citroen came to town. Now the region could soon become the home of Slovakia's first automotive cluster.

"It is a unique project that has the ambition to become Slovakia's pilot project, with the potential to establish additional clusters in other regions of Slovakia," Krajčovič wrote in a statement for the media.

The cluster is a regional association of companies and organisations that work together to solve a range of problems, such as education and gathering resources for cooperation with research and development organisations, automotive expert Štefan Chudoba told The Slovak Spectator. He is in charge of preparing the project and getting the cluster up and running.

Chudoba will work on the project until it is established and institutionalised.

After that, members of the cluster will elect a new management from their own representatives, which, according to Chudoba, could happen by the end of May 2008.

"The aim is to maintain the business spirit of the region and ensure the region's development this way," he told The Slovak Spectator.

The cluster is expected to have about 20 members at first. Members will be primarily universities, research institutes, suppliers for the car-makers and other regional organisations.

Their mission will be "creating conditions so that we can learn from each other faster and provide together the things that the companies cannot provide alone," Chudoba told The Slovak Spectator.

By working together, cluster members can share funding distribution channels, a labour force, material and energy resources, technologies, and research results much easier, according to Krajčovič. This all will lead to more specialised production, reduced costs and greater competitiveness for companies in the cluster.

One of the cluster's priorities will be education.

"It's all about people," Chudoba said, "how we prepare them at school and teach them to cooperate for a higher principle in this team game."

It would be difficult to plan education and link it with the needs of the region unless the needs of particular companies are analysed, he added.

Both the regional and municipal governments are aware that nothing can be done if they don't create a good environment for cooperation, Chudoba said. Together they can gain a lot of financial resources, either domestic or European, he added.

The cluster will be financed from regional resources, government programmes and funds from the European Union. Funding is planned to start coming in October, said Krajčovič.

European money is already flowing to the regions through clusters, which are important for the success of the EU, Chudoba said. Clusters are institutionalised into laws and the whole political sphere is aware of their significance.

Slovakia should learn from the experiences of Austria and the Czech Republic, he added.

"When we do something gladly and help others, we can expect that this kind of policy will become usual in corporate culture as well," Chudoba said.

"If Europe is our home, then this small country has only a single chance - to be successful again and again, and I cannot imagine success without cooperation."

Funding problems could be caused by the fact that the European structural funds are delayed and the domestic sources are to be shared by too many subjects, Chudoba said.

"The project will be focused on continuously increasing the competitiveness of (Trnava's) suppliers working in the automotive industry, not only within the Slovak Republic, but also within the European Union," he said in the release.

"It all comes down to the region's ability in the future to face new competition that forces everything forward faster and faster," Chudoba said.

He added that Trnava and the surrounding region has been developing greatly, which will serve as a good starting point.

"We need to be ready for what we are in for, we need to know how we can keep on playing in the first league," he told The Slovak Spectator.

Cooperation within the cluster will not be restricted to western Slovakia, Chudoba added.

The Association of the Automotive Industry in Slovakia is familiar with the process of clustering, said Chudoba. He co-founded the association and used to work as its vice-president.

"I think it's clear to everyone that this process is a continuation of the policy of the Association and its president, Jozef Uhrík, who aim to help companies in the regions become more competitive," Chudoba said.