THE TRNAVA Region's booming automotive industry has been lacking qualified labour as well as administrative and office space where its managers can oversee the region's growing production. 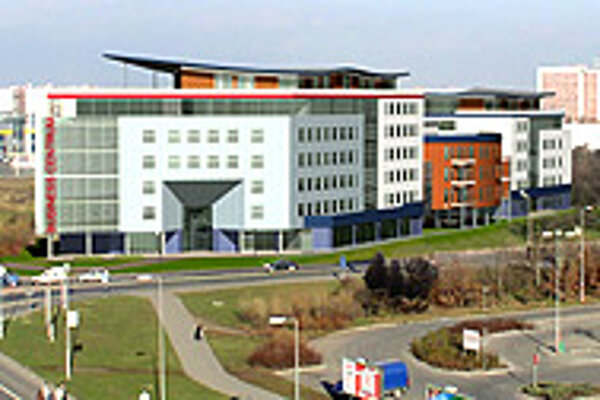 Font size:A-|A+
THE TRNAVA Region's booming automotive industry has been lacking qualified labour as well as administrative and office space where its managers can oversee the region's growing production.

While there is no easy solution to the shortage of qualified labour, the gap in Trnava's administrative real estate market might soon be filled by the first business centre in the region.

The idea of the business centre started with Karavela, a part of the Vencorp development group, which already has some experience with real estate in the region. Karavela was behind the Parnas residential area in Biely Kostol, near Trnava, according to Slovak business weekly Trend.

After analysing the investment, the Žilina-based Prodeal development company purchased the Business Centre Trnava project that was designed by Karavela.

"Our analysis showed that Trnava has a clear potential to fill such a business centre," Arpád Lorincz, Prodeal's project manager for the business centre, told The Slovak Spectator. "There is no way to find 1,500 square metres of connected A-category (business standard) office space with appropriate parking space (in Trnava)."

According to Lorincz, the city does have a certain number of offices, but they do not offer sufficient space for parking, which is a common problem around the centre of Trnava.

"There is an evident lack of A-category office space that would match the requirements of business centres," Lorincz said.

Instead of building a new business centre on its own, Prodeal accepted an offer from Karavela and slightly modified the project.

The business centre will be located in the eastern part of Trnava, at the entrance to the city on the road from Piešťany. The site can easily be reached from the PSA Peugeot Citroen plant while still avoiding traffic jams in the city centre, according to the developers.

It is also near a shopping park with Arcadia, Tesco, Kaufland and Lidl stores. Prodeal wanted the location to be easily accessible, Lorincz said.

The new business centre will consist of three buildings of four, six and seven storeys, with a total area of almost 25,000 square metres.

"It meets all the conditions we were looking for, including two underground garages with up to 300 parking places," Lorincz told The Slovak Spectator.

"We want to focus on the A-category space and additional services to meet the needs of tenants and their employees."

Prodeal has a clear vision as to who it wants as tenants: a bank branch that offers financial services, a restaurant, a cafe, a pharmacy, a florist, a notary and attorneys' office, auditors and other business services. There will also be a conference centre with a capacity of up to 400 people.

"It's good when a single building can offer services people need, and clients can handle their business without wasting time moving from one place to another," Lorincz said.

The business centre is the first investment that Prodeal has planned in the Trnava Region. However, the company has had experience with a similar business centre in Bratislava that has been working for several years, Lorincz said.

According to Trend, the centre was supposed to be ready in January 2009. However, construction was delayed by changes to the project documentation, Lorincz told The Slovak Spectator, so the date will likely be pushed back. Prodeal expects to start construction this autumn, which means the building should be finished by the end of 2009.