THE NON-GOVERNMENTAL organisation Privilégium will have to return subsidies totalling Sk2 million (€59,200) to the state after officials discovered the group used misleading information to acquire the money. 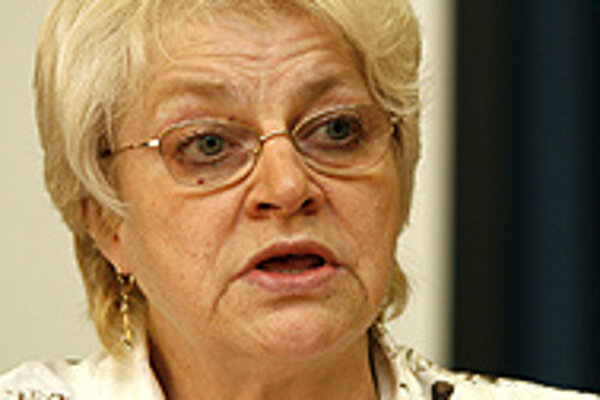 Font size:A-|A+0
THE NON-GOVERNMENTAL organisation Privilégium will have to return subsidies totalling Sk2 million (€59,200) to the state after officials discovered the group used misleading information to acquire the money.

Privilégium was granted the subsidy after its authorised representative, Miroslav Mečíř, signed a statement that his organisation had settled all its debts with the state.

Another authorised Privilégium representative, Štěpánka Mádlová, was not able to explain to The Slovak Spectator how the company has been settling its debts or whether it has been paying the arrears at all. However, after media disclosed the information, the company will have to pay back all its debts to the state budget.

Both Privilégium representatives were members of the ruling coalition party, Smer, and ran for office on the party's candidate list in local elections. But on the heels of the recent developments, Smer suspended their party memberships.

However, Tomanová's job appears safe. Fico said his minister acted in line with the law and regulations.

"Minister Tomanová has the trust of the cabinet," Fico said.

"Mrs. Minister has officially confirmed that the applicant for the state subsidy misled her. Based on this application and the supporting documents that were misleading, the minister made her decision in the way she did."

But Tomanová lobbied for Privilégium to receive additional funding from the local government, even though the organisation had unsettled debts towards the insurer and tax office, before she was a minister, when she was a local deputy for Smer, according to the Pravda daily.

While Fico defended his minister, Tomanová herself ducked out of the Cabinet Office to avoid questions from the media.

Fico defended the subsidy, which Privilégium said was used to buy beds for its clients, earlier this month.

"I claim responsibility for those 44 beds," he said at the time. "You can say that I am responsible for that. Write about it. Just stop persecuting the minister. If buying 44 beds is a crime, punish us."

At the time, Fico said that no laws had been violated and that all the aspects of the subsidy had been checked. He also said that Tomanová had not been involved in any cronyism, but instead, she had helped the poor and sick.

Mádlová of Privilégium, however, contradicted Fico's statements when she told the Sme daily that Privilégium is intended for clients who are financially better off.

A month's stay at the facility could cost as much as Sk25,000 (€740). Some clients can use tennis courts, a swimming pool and a whirlpool.

"Well, those are not facilities for the poor," Mádlová said. "We are a private business. Who will work for the rich? The public administration?"

Before acknowledging the real state of Privilégium's debts, Fico accused journalists of leading an organised campaign against his minister, who has been trying to make changes to the country's pension system.

"The minister is not persecuted by the media for giving money to buy 44 beds for the poor, but because she wanted to make changes to the pension system, which is threatening the private capital," Fico said.

"The media have directly entered the political arena as participants of a political confrontation and competition and become an open political opposition against this government."

Fico's statements drew the concern of the Southeastern Europe Media Organisation (SEEMO), an affiliate of the International Press Institute based in Vienna that serves as an umbrella group for leading media organisations in the region.

"SEEMO believes that the media have an important duty to inform the public about the activities of government officials in a democratic society," reads the organisation's statement. "This includes the right to investigate possible irregularities."

"To be a politician, and especially a member of a government, means to be open to critical reports and investigations from the media," said SEEMO secretary general Oliver Vujovič.

"This should be respected by every politician.

"We would like to remind politicians that those with legitimate complaints against the media have a range of different mechanisms to pursue these complaints. However, verbal attacks by one of the most senior members of government are unacceptable."

"It was a great mistake on his part, something he will be often reminded of now," said Mesežnikov. "It is obviously because he was prepared for some kind of fight from the very beginning, and he saw some conspiracy, and he had not admitted even internally that there could have been a mistake."

The opposition parties - the Slovak Democratic and Christian Union (SDKÚ), the Christian Democratic Movement (KDH) and the Hungarian Coalition Party (SMK) - insist that Tomanová should resign or the prime minister should fire her.

Tomanová is not a trustworthy politician, said SDKÚ chairman and former prime minister Mikuláš Dzurinda. He also told the media that Fico originally defended Tomanová and took responsibility for the subsidy.

The opposition parties will attempt to have Tomanová sacked in the parliament during the first week of September. However, the opposition does not have enough votes for the move.

Political scientists Mesežnikov and Miroslav Kusý said they do not expect the opposition will be able to get Tomanová fired.