AFTER two ill-fated tender trials, Slovakia's Finance Ministry has finally picked an agency to run a massive campaign to inform and educate the country about the euro, the currency Slovakia hopes to adopt in early 2009. 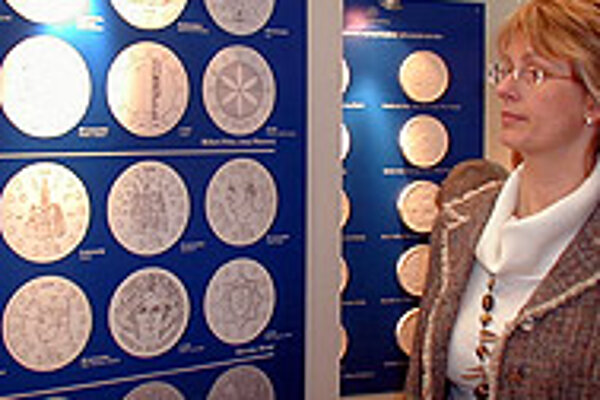 Font size:A-|A+0
AFTER two ill-fated tender trials, Slovakia's Finance Ministry has finally picked an agency to run a massive campaign to inform and educate the country about the euro, the currency Slovakia hopes to adopt in early 2009.

The consortium of Creo/Young & Rubicam and affiliated company Mediaedge:cia will be in charge of the information campaign worth Sk134 million (€4 million), not including VAT. The consortium will run the project that will be financed from state coffers and the pocket of the National Bank of Slovakia under the supervision of the government and the central bank.

"The agency will prepare communication projects, including tools and a creative website to make the campaign attractive, but most of all understandable and easy to remember," Slovakia's government proxy for the introduction of the euro, Igor Barát, told The Slovak Spectator.

The focus of the campaign is to inform citizens in a timely manner about everything related to euro adoption, so that no complications emerge when the time comes, Barát added.

There were certainly complications around the tender itself, which has already been killed twice: first on May 9 due to the bidders' complaints that the criteria were unclear, and again on June 16 because of objections to the chosen tender method.

Barát said the state learned its lesson from the two unsuccessful tenders and the third one has worked out well.

"We have shaped the third tender in a way that it is 100-percent legal and transparent so that there is nothing that could be in any way doubted, which - and I want to emphasise this - has not happened during the whole process," Barát said. "A five-member selection committee picked the agency, working independently, and they only announced to me the result that I immediately published."

However, the consortium consisting of Publicis, MUW Saatchi & Saatchi and Unimedia said it has some substantial doubts and is ready to challenge the tender at the Finance Ministry and the Public Procurement Office (ÚVO) by August 19.

"In terms of market share, our consortium is the most significant and the strongest consortium on the market, with experience in the installation of the euro in 12 European countries," Juraj Miškov, the CEO of MUW Saatchi & Saatchi, told The Slovak Spectator. "We do think that the tender was not transparent enough and it is not clear at all how the selection commission arrived at its conclusion."

Barát said he doubts that there are legitimate reasons to challenge the tender.

"Some of the unsuccessful candidates have made certain statements, which is understandable at the human level," he said. "But I cannot imagine that realistically there would be the slightest reason to question the successful selection of the agency."

The winner of the tender, Creo/Young & Rubicam, is confident that the third tender was in line with the rules.

"The third tender was carried out and each competitor can check the parameters that the selection committee used to pick the winner," the CEO of Creo/Young & Rubicam, Peter Holík, told The Slovak Spectator. "It is a standard process."

The tender method was a competition of proposals, which is commonly used for projects involving architecture, territorial planning, construction engineering and data processing.

The first short-lived tender was cancelled on May 9 after some bidders said the selection criteria were far too ambiguous and geared to benefit particular agencies. The Public Procurement Office killed the second tender on July 13 after accepting the objections of a non-bidding company, which challenged "competitive dialogue" as the tender method.

The method would have not guaranteed the selection of the best bid, but it would have only assessed the bidders' activities during the competitive dialogue, the ÚVO said in an official release.

The euro campaign will reach Slovak households to raise awareness of and explain the importance of the new currency, and educate the public about practical steps linked to changing the currency, such as the display of dual prices and other measures.

"The campaign that we will work on together with the winning firm will first of all focus on the general public, including specific target groups like seniors, minorities and children," Barát said.

The central campaign will in fact be marginal for the country's companies and firms. The corporate sphere needs specific information of a different nature provided in a rather interactive way, according to Barát. Under the umbrella of the central bank there have already been several seminars, conferences and round tables for the corporate sector, Barát added.

The tender winner said the campaign has specific requirements becaue it is not a persuasive campaign, but rather an educational and informative one.

"It will be significantly different from presenting regular products, services or election persuasion," Holík of Creo/Young & Rubicam told The Slovak Spectator.

But similar campaigns with higher budgets are common on the market, Holík said.

"The budget is interesting, but in no way something unusual," he said, explaining that the money is intended to cover different segments of the campaign like a so-called electronic calculator, information booklets and organising related events.

"The sum of Sk134 million for approximately 14 months is a rather lower budget," he said. "In terms of its budget, this certainly will not be the largest communication project."

The firm said that it can disclose details of the campaign only after an agreement with the Finance Ministry.

Critics of the government's euro policies argue that the agency to run the euro campaign should have already been picked in the first half of 2007.

Ivan Štefanec, the former government appointee for euro adoption and parliamentary deputy for the Slovak Democratic and Christian Union party (SDKU), told Slovak Radio in July that the fact that two tenders had already been cancelled showed that the government underestimated the preparations for euro adoption.

However, Barát said the delays will not have any impact on running the campaign itself

"The 1.5-month delay will not even have a minimal impact on the campaign," he said.

The Finance Ministry also said that preparations for euro adoption are in line with the government's timetable and that there were no delays.

"The communication campaign itself will start at the beginning of next year and culminate in the second half of 2008," Finance Ministry spokesman Miroslav Šmál told The Slovak Spectator. "There is enough time for the campaign preparations."