TWO more journalists have left Slovak Television to protest what they have called political interference in their work, even as the STV management claims that tensions at the public broadcaster are calming down. 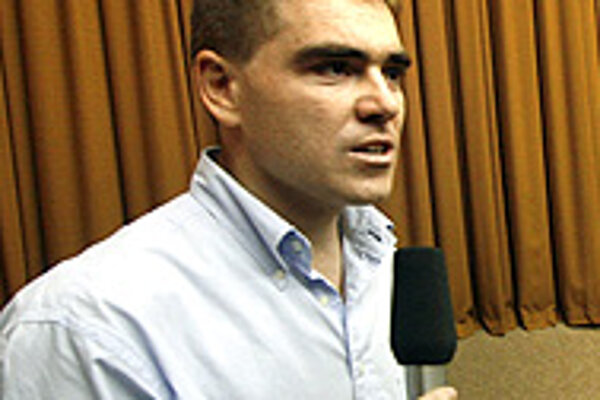 Font size:A-|A+
TWO more journalists have left Slovak Television to protest what they have called political interference in their work, even as the STV management claims that tensions at the public broadcaster are calming down.

Between May and early August, nine journalists left the STV, saying they were under political pressure at the broadcaster. In the last two weeks two more colleagues followed, giving the same reason for their departure.

STV spokesperson Želmíra Habánová said in a phone interview with The Slovak Spectator that the atmosphere in the newsroom was stabilising.

"Starting in September, it will work at full throttle," she told the SITA press agency.

In total, 11 journalists have left the STV citing political reasons as of August 15. That adds up to one-third of the editorial staff working in news, sports and features.

At a public meeting of the STV Council on August 8, the departing journalists explained the reasons for their resignations for four hours. Most of the grievances were related to the head of the domestic news section, Zuzana Štukovská.

The Council did not take a stand on whether there has been political pressure at the broadcaster. Instead, it said in a statement: "The STV news broadcast does not fully meet requirements for public service broadcasting from the point of view of quality, professionalism and variety of information, which results from a long-term process of its weakening, destabilisation and frequent personnel changes."

STV director general Radim Hreha attended the Council meeting. Afterwards, he told journalists that he did not know about several disputes within the news team. However, he did not consider the journalists' resignations to be a disaster.

"Maybe something like a new beginning will come, and in three years we will leave the BBC in our dust," he said. "This annoying episode cannot disturb me. Such moments tend to cement the healthy core of the team."

According to Habánová, about 500 people have applied to join the STV news team. The hiring process has two rounds, and it is scheduled to be completed by August 19.

Habánová says she cannot guess how many journalists the STV will hire.

"However, we would like to complete the staff in newsroom as soon as possible," she told SITA.

Media analysts Andrej Školkay and Stanislava Benická both say it is not quite clear from an outside perspective whether the reasons the journalists gave for leaving point to political pressure, or rather the professional inexperience of the whole team.

"It is true that the newscast is not too critical towards the government, but obvious propaganda like there was during the management of former STV director Igor Kubiš or Jozef Darmo in 1990s is no longer the case," Školkay told The Slovak Spectator.

Politicians now use much more sophisticated forms of pressure on the public media than they did in the past, he said.

"However, a grave problem is that so many people have left. This is a problem that should reverberate in society," he said.

Moreover, the STV Council did not get to the root of the problem of the current newscast, he added.

"The STV Council members should take these mass resignations seriously," he said.

Školkay told The Slovak Spectator that, along with Štukovská's departure, it would also help the broadcaster if editor-in-chief Ján Šmihula left.

"That would certainly help, as this would be a signal that there are certain limits that we should not cross, and that these people will not be tolerated in their positions if they steer their subordinates to something like this, directly or indirectly," Školkay said. "I do not intend to say that they definitely force them to do something, as this did not take the form of forcing them."

Benická and Hreha agreed that she will prepare an analysis on the reasons for the state of news team, and possible ways out of it. She also intends to arrange a training course for young journalists at the STV, she said.

"The situation in the news team is visible at the first sight. It is not good," she told The Slovak Spectator. "Instead of standard professional relations, emotions have taken over for now. So this is an atmosphere in which no work can be done properly, of course."

She thinks that the situation was not caused by political pressure alone. Instead, it's mostly the result of the criteria that define what function the newscast should have in public television, she said.

"This is 17 years of the public TV newscast not being solved," she said. "If you do not solve something for 17 years, a crisis has to occur some day."

Benická said she intends to complete the first analysis within six weeks, along with recommendations for further steps.

"What the STV management will do with it is their business," she said.