RUSSIAN oil company Promneftstroi is the new owner of a 49-percent stake in Slovak oil-pipeline operator Transpetrol.
Promneftstroi, which allegedly acted on behalf of Russian oil company Rosneft, bought the foreign assets of bankrupt oil company Yukos - including the Transpetrol shares - at an auction on August 15, the Reuters newswire reported. 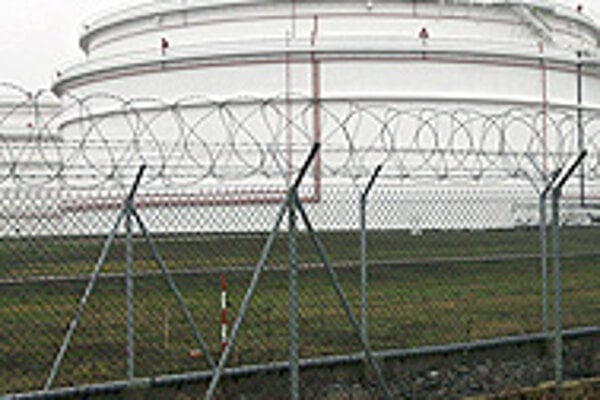 Promneftstroi, which allegedly acted on behalf of Russian oil company Rosneft, bought the foreign assets of bankrupt oil company Yukos - including the Transpetrol shares - at an auction on August 15, the Reuters newswire reported.

The government of Slovakia, which owns 51 percent of the Transpetrol shares, did not take part in the auction, and the Economy Ministry remains cautious about commenting on the recent developments around the pipeline operator's shares.

"The Slovak party didn't take part in bidding for the shares of Yukos Finance, as we are only interested in the Transpetrol shares," Economy Minister Ľubomír Jahnátek told the TASR newswire.

Rosneft representatives were reluctant to comment on the auction, according to Czech news wire ČTK.

A source from Rosneft told Russian news agency Interfax that Rosneft did not take part in the auction at all, because Rosneft sold the winning Promneftstroi company before the auction.

However, a source close to Rosneft told Reuters that if the events took place as described by Interfax, it was merely a technical move and Rosneft would be the ultimate owner of Yukos' assets.

Yukos International managers called the auction "a piece of theatre" and said its results could not be considered legally valid because the Dutch assets that were auctioned off are beyond Russian jurisdiction, Reuters wrote.

"[Yukos receiver Eduard] Rebgun might as well have offered up the Statue of Liberty to the participating bidders, as he has the same right to sell that landmark as he had to sell Yukos Finance

Slovakia's major petrol company, Slovnaft, has declared several times in the past its interest in acquiring a share in the pipeline operator.

Slovnaft depends on the oil supplies that come through pipeline network operated by Transpetrol.

Slovnaft plans to hold off on further steps until the situation around the sale clears up.

"For us, the stability of the oil supply is important," company spokeswoman Kristína Félová told The Slovak Spectator.

Slovakia has tried to buy back the Transpetrol shares several times. The country's right to block the sale of its 49-percent stake lapsed on March 31.

Jahnátek told the SITA newswire that if any investors wanted to enter Transpetrol, they would have to fulfill a number of conditions. The new owner of the Transpetrol stake would have to cede management control to the Slovak side, he said.

Jahnátek said he expects the investor could also increase the volume of oil transported through the Druzhba pipeline.

The Slovak government sold the 49-percent stake in Transpetrol to Yukos in 2002. Yukos transferred the shares to Yukos Finance before being declared bankrupt by a Moscow court in August 2006.

However, Yukos found itself in financial trouble in 2003 when Russia decided it owed back taxes worth $27 billion (Sk679.8 billion, or €20.1 billion).

After Russian tax authorities claims the arrears, Yukos wanted to sell its stake in Slovak Transpetrol, because of problems that originated after Russian tax offices issued claims for it.

In December 2004 Yukos sold its main production division, Yuganskneftegaz, to Rosneft in a forced auction.

A Moscow arbitration court complied with creditors' requests for a bankruptcy hearing and declared Yukos bankrupt on August 1, 2006.

Analysts have expressed concerns that the Transpetrol shares might end up in hands that would use them as a tool for economic extortion, because the Slovak pipeline network enjoys an advantageous position in the European crude petroleum market.