THE SLOVAK government is getting closer to what Prime Minister Robert Fico calls a social insurance system involving more solidarity, and what the opposition sees as a fatal blow to the social security reforms started by the previous government of Mikuláš Dzurinda. 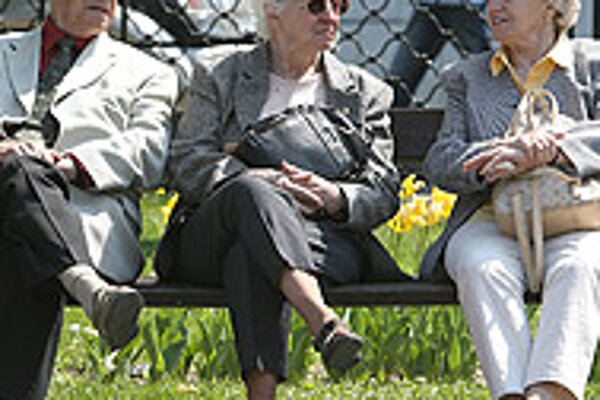 Font size:A-|A+0
THE SLOVAK government is getting closer to what Prime Minister Robert Fico calls a social insurance system involving more solidarity, and what the opposition sees as a fatal blow to the social security reforms started by the previous government of Mikuláš Dzurinda.

The Slovak Cabinet passed on August 22 a revision to the Social Insurance Act that, if approved by parliament, will allow people to quit the so-called capitalisation pillar of the pension system from the beginning of January 2008 until the end of June 2008.

"The six months are mainly for people who entered the capitalisation pillar based on misleading advertise-ments or for whom it is obviously disadvantageous to be in this system," Fico told the press.

Finance Minister Ján Počiatek and Labour Minister Viera Tomanová, whose team drafted the legislation, said they were satisfied with how the draft has progressed.

The revision lets more than 1.5 million people opt out of saving for their pensions through private pension fund administration companies. However, the government also wants to give people who missed the June 2006 deadline to enter the second pillar another chance to do so, the SITA newswire wrote.

The second, or capitalisation, pillar was one of the main attributes of Dzurinda's old-age pension reform. It allowed people to save for their pensions in private accounts administered by pension fund management companies.

Clients redirect 50 percent of their fees into the capitalisation pillar and the rest goes into the first pillar, the pay-as-you-go-system administered by the public social security provider Sociálna Poisťovňa. The first pillar is 100-percent insurance-based, with disbursements that reflect the monthly amount paid into the account and the length of the savings' lifespan.

The third pillar is a voluntary supplementary saving system.

The main message of the reform was that the people would be responsible for their own pension plans. Entering the second pillar was voluntary for people born before 1986, while people born after that date enter the pillar automatically.

"If too many people opt for returning to the first pillar, the whole pension system might be destabilised," Ivan Barri, the executive director of the Association of Pension Funds Management Companies (ADSS), told The Slovak Spectator. "It could seriously threaten the economy and the liquidity of the pension management companies."

If the departure is big enough, it could also damage the clients who decide to stay in the second pillar, Barri said.

"This way the economic results of Sociálna Poisťovňa might be improved in the short term, maybe for one or two years - which is by the end of this election term - but at the same time its debt for future generations will grow," Barri said.

Pension insurance cannot be considered a short-term thing, he said - it is necessary to handle it on long term prospects and not within narrow election cycles.

The association does not yet have an estimate of how many people might quit the second pillar. However, Barri said that in Hungary, during a similar process, approximately 1.5 - 2 percent of clients returned to the state system.

It will all depend on the statements of the members of the government, he added.

The Labour Ministry estimates that about 30,000 savers would quit the capitalisation pillar.

The National Bank of Slovakia (NBS) disagrees with opening up the second pillar. The central bank will assess changes to the pension system after the legislation goes through the parliament.

But NBS Governor Ivan Šramko said that some of the measures already seem counterproductive and potentially threatening to the pension system.

"I consider the draft in its current form unacceptable," Šramko told the TASR newswire. "It not only fails to solve the basic problem of Sociálna Poisťovňa, but it will cause problems for the employers, employees, the private pension fund management companies and it could potentially have a negative effect on labour market developments."

Former Labour Minister Iveta Radičová said the draft includes proposals that are discriminatory and at odds with the constitution.

Tomanová's draft, which now has the blessing of the cabinet, also increases the current ceiling for the maximum calculation base for payments to the social insurance funds, which determine the amount of compulsory social insurance premiums.

Under the draft, it rises from three times the average monthly wage in Slovakia, to four times as much.

The increase will affect those with incomes higher than 1.5 times the minimum wage, while higher payroll taxes will not automatically guarantee higher pensions.

"Who's to pay more, if not the rich?" Fico told the SITA newswire last month in defense of the legislation. "We support this proposal. We're social democrats, after all."

Fico said that there must be solidarity; citizens who earn more must in turn contribute more to the system.

The draft also led to disruptions at an August 20 meeting of the Social Partnership Council (HSR), which is a tripartite body consisting of representatives of the government, trade unions and employers.

Employers' representatives walked out of the negotiation session in protest.

Klub 500, an association for businesses with more than 500 employees, said the decision on the maximum calculation base ceiling is a compromise that will not harm the country's economy.

"However, we had expected a different step from the government in the form of a decisive reform of the system, which would result in decreasing payroll taxes in Slovakia," Tibor Gregor, executive director of Klub 500, told The Slovak Spectator. "Slovakia currently has one of the highest payroll tax burdens."

With files from Marta Ďurianová and Jana Liptáková