THE EUROPEAN Commission has approved a road map that will guide Slovakia to drawing €11.36 billion in European Union funds over the next seven years.
The European Commission passed the National Strategic Reference Framework, a major document that each European Union member state needs in order to use EU funds from 2007 to 2013, on August 17. 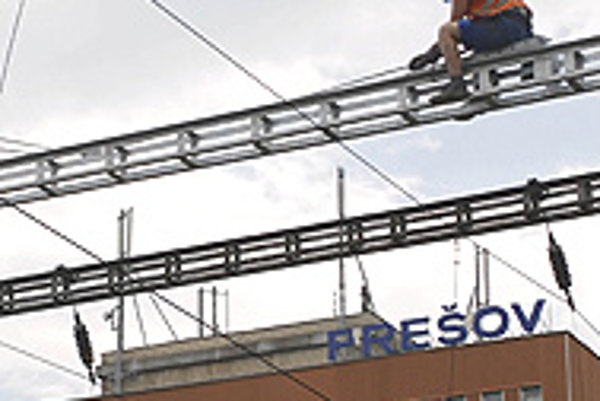 Font size:A-|A+
THE EUROPEAN Commission has approved a road map that will guide Slovakia to drawing €11.36 billion in European Union funds over the next seven years.

The European Commission passed the National Strategic Reference Framework, a major document that each European Union member state needs in order to use EU funds from 2007 to 2013, on August 17.

"I am happy that the Slovak Republic has joined the family of member states with their frameworks approved," EU Regional Policy Commissioner Danuta Hübner told the media.

The Slovak government has defined four priorities for the use of EU funding in Slovakia: infrastructure and regional accessibility, a knowledge-based economy, human resources, and education. Projects for the marginalised Roma community, equal opportunities, sustainable development and creating an information society are also long-term priorities for Slovakia.

Hübner welcomed Slovakia's commit-ment to building a knowledge-based economy, as well as to improving the situation of marginalised groups.

The government will boost the knowledge-based economy through investments in electronic services, using innovation to help companies and services stay competitive, according to an EC release from August 17. The funds will also be used to support employment growth and improve skills for the workforce, along with the inclusion of disadvantaged groups, the release said.

"The Slovak strategy shows a strong commitment to promoting better investment in human resources - which we hope will lead to more and better jobs," said EU Social Affairs Commissioner Vladimír Špidla. "That is the aim at the heart of the European reform agenda."

Slovakia has chosen priorities that will boost employment and enable the workforce to adapt to changing circumstances, Špidla added.

This is the first complete four-year term during which Slovakia will be eligible to use the EU funds, since the previous one was only a two-year term starting with Slovakia's accession to the EU in 2004.

"Since there have been voices doubting Slovakia's preparedness to implement the funds, (Regional Development) Minister (Marián) Janušek has welcomed the news with satisfaction," the minister's spokesman, Miroslav Bátovský, told The Slovak Spectator.

However, Slovakia still has to give a more distinct shape to its four priorities in 11 operational programmes. The Regional Development Ministry expects four of these programmes will be ready and approved by the European Commission in September and the first calls for the projects will be made during the fall, according to Bátovský. The negotiations about all the operational programmes should be wrapped up by the end of the year.

"The approval of the National Strategic Reference Framework alone is not a guarantee of being able to finally draw the EU funds," Bátovský said. "These can be drawn only through approved operational programmes and high-quality projects."

Nine operational programmes - transport, environment, regions, employment and social inclusion, research and science, competitiveness and economic growth, information society, technical assistance and the Bratislava Region - will be financed by the Cohesion Fund and the European Fund for Regional Development. The education and unemployment programmes, administered by the labour and education ministries, will be funded by the European Social Fund, the TASR newswire reported.

The Cohesion Fund is designed to reduce the gap between fast-developing regions like Bratislava and some of the financially underfed regions that still lag behind the western part of the country.

"It is certainly good news for Slovakia," he said.

The process of negotiating the document lasted eight months and required a joint effort of two governments. Preparations for the new programme period started under the administration of the previous government of Mikuláš Dzurinda, "which left an elaborated proposal on the table," Kárpáty said.

"And the current government indeed has corrected, completed and wrapped it up successfully," he said.

Though the newly-approved National Strategic Reference Framework is a key document, it will not be the only resource that Slovakia can use to draw funds, Kárpáty said.

So far, the European Commission has approved the strategic reference frameworks of 22 EU member states. Four of Slovakia's neighbours - Austria, Hungary, Poland and the Czech Republic - have already had their documents approved.

"However, the most important thing for the countries is to have the negotiations about the operational programmes approved, which is where only Austria and Hungary have made notable progress so far," Kárpáty told The Slovak Spectator.

Both the ministry and the analyst agree that Slovakia's delay is not critical because the funds can be used three years after the budgetary year for which they were originally intended. That means Slovakia will be able to draw the funds intended for 2007 until 2010.

But business has been complaining that the process of evaluating the projects and making the funds available has been slow and rather complicated.

"The minister wants to simplify and thus speed up the process compared to the previous programme period," Bátovský said. "There will be a number of new regulations, such as a wider use of information technology in the process, setting a deadline for processing the applications, and so on."

Kárpáty said that the ministry plans to introduce more sophisticated IT systems into the process, unify the application forms and shorten the time of assessing the process to 70 days.

"The union is proposing even shorter terms," he said.