THE UPCOMING season at Slovakia's theatres reflects an era of new leadership, ambitious premieres, and burgeoning artistic diversity.
This is especially the case at the Slovak National Theatre (SND), which opens its new season on September 4. In the past year, the SND has reinvigorated its management with new directors for both its ballet and opera ensembles. 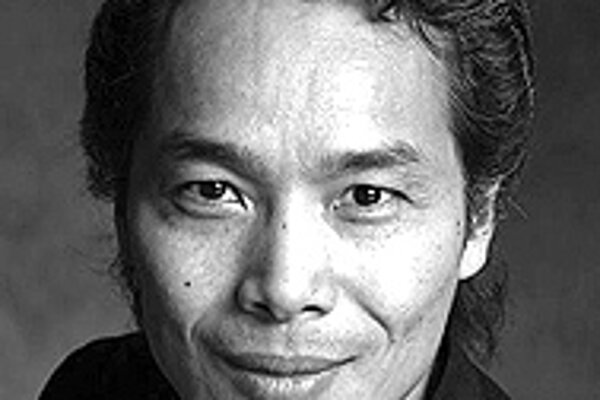 This is especially the case at the Slovak National Theatre (SND), which opens its new season on September 4. In the past year, the SND has reinvigorated its management with new directors for both its ballet and opera ensembles. And in April, it navigated the massive transition from its historical building on Hviezdoslavovo Square to a resplendent, Sk4.5 billion complex near the Danube.

"There are still a lot of obstacles to overcome right now because of the move," Oliver Dohnányi, the newly appointed director of the SND Opera, told The Slovak Spectator. "We're hoping for a lot this season, but sometimes that doesn't match what you can do."

So far, the SND Opera has announced two major premieres for the coming season. The first is Puccini's Madama Butterfly on the weekend of October 5 and 6. The premiere marks the return of renowned German stage director Peter Konwitschny, whose barrier-breaking interpretation of Tchaikovsky's Eugen Onegin at the SND in 2005 received rave reviews.

"Opera has never been so in-your-face," critic Larry Lash wrote about the production for Variety Magazine.

The other premiere is Donizetti's Lucrezia Borgia, a bel canto opera based on Victor Hugo's powerful play about the crimes of the notorious renaissance femme fatale. It arrives the weekend of November 30 and December 1.

But off the list of premieres is Kóma by Slovak composer Martin Burlas, who is known in some circles as the enfant terrible of Slovak musical culture. The SND has not commented on the reasons for the change.

At the SND Ballet, director Mário Radačovský, who has only been on the job for less than a year, has already attracted dancers from some of North America's most prestigious companies to rehearse this season's premieres.

One of them is Johnny Chang, the ballet master of the Royal Winnipeg Ballet, who will rehearse excerpts from the ballet Raymonda, which premieres on October 26.

"Mário told me the national theatre has a lot of strong dancers and that I'd be very impressed, so I'm really looking forward to getting there," Chang told The Slovak Spectator. "Raymonda is in classical style, so I expect the dancers will pick it up quickly."

That same evening will also be the premiere of Serenade, a ballet originally choreographed by the legendary George Balanchine and set to music by Tchaikovsky. Dancers John Clifford, who formerly performed with the New York City Ballet, and Patricia Barker, a principal dancer at the Pacific Northwest Ballet in Seattle, will rehearse that premiere.

"I first met Mário about seven years ago when we were both dancing at Le Gala des Etoiles in Montreal," Barker told the Spectator. "In November 2006, he invited my husband and me to travel to Bratislava and work with his dancers, teaching and coaching the many ballets that we had performed ourselves. We saw the depth of talent in the dancers and a willingness to learn a different technique with an expansive sense of movement and cat-quick dynamics. The way they embraced every new opportunity and challenge with energy and determination was admirable."

The SND Drama ensemble is also premiering a host of plays this season, including Hamlet on September 14, the dark drama The Cripple of Inishmaan (Mrzák z Inishmaanu) by Irish playwright Martin McDonagh, on November 3, and Victor Hugo's Le roi s'amuse (Kráľ sa zabáva) on November 10, among others.

But the SND is not the only theatre that's branching out into new styles.

Both are based on fairy tales - the first by the Brothers Grimm, the second, an old Russian folk tale.

Die Kluge is a comic one-act opera that centres around a precociously wise peasant's daughter who frees her father from the king's jail by becoming the king's consort. But the king eventually finds her wisdom too much to take and tells her to pack up whatever she needs and leave, so she drugs him and packs him in a box. When he wakes up, he declares she is indeed wise, and she says no one who loves is truly wise.

The Soldier's Tale is a Faustian myth about a soldier who trades his fiddle to the devil for a book that can show him how to obtain everything he desires.

"Underlying it is the Biblical text, 'What shall it profit a man if he gain the whole world, and lose his own soul?'" music critic and historian Andrew Porter explained.

The Soldier's Tale is written for only seven instruments and contains tinges of jazz, which was becoming mainstream at the time.

Another major production at the State Opera is Fiddler on the Roof (Fidlikant na streche), which premieres December 7.

The Tony-Award winning musical first appeared on Broadway in 1964, becoming the first show to surpass 3,000 performances. The story centres on Tevye the milkman, who struggles to maintain tradition within his family amidst the hardships of turn-of-the-century Tsarist Russia.

The production includes a star-studded cast from its famed director, Jozef Bednárik, to its choreographer, Ján Ďurovčík, and its star, Marián Slovák, who won Best Male Performance in a Musical for the musical's first modern staging in Slovakia in 1999. It premieres at the Nová Scéna Theatre in Bratislava in September before moving to the State Opera.

For those interested in something more modern, legendary crooner Joe Cocker, known for songs like You are so Beautiful and Up Where We Belong, is scheduled to appear at the Steel Aréna in Košice on November 6 and at the National Tennis Centre in Bratislava on December 9.