Unemployment down, wages up

THOUGH Slovakia has kept its gloomy standing near the top of the European Union's jobless rankings, the latest reports give some reason for optimism with the lowest jobless figure in more than 10 years.
The country's current jobless rate, about 11 percent, is the lowest since 1996. Labour market watchers suggest the numbers might be the first sign of a slowdown of the outflow of Slovaks taking jobs abroad. 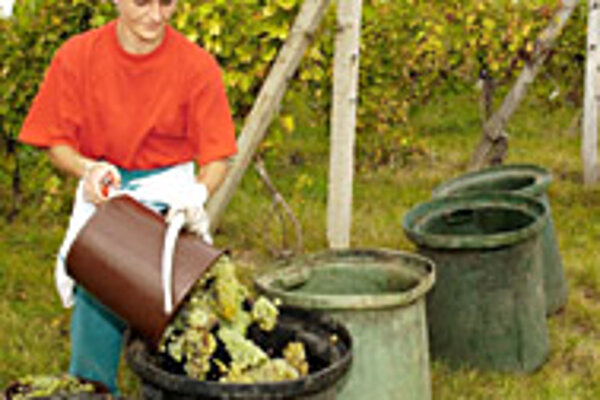 Font size:A-|A+0
THOUGH Slovakia has kept its gloomy standing near the top of the European Union's jobless rankings, the latest reports give some reason for optimism with the lowest jobless figure in more than 10 years.

The country's current jobless rate, about 11 percent, is the lowest since 1996. Labour market watchers suggest the numbers might be the first sign of a slowdown of the outflow of Slovaks taking jobs abroad. And those who are employed in Slovakia have seen their wages rise by 6.7 percent year-on-year thanks to the growing muscles of the country's economy and foreign investments.

The average jobless rate in Slovakia dropped by 2.4 percentage points year-on-year to stand at 11.1 percent during the second quarter of 2007. The number of unemployed fell by 65,900 to 291,200, the Slovak Statistics Office reported on September 4.

The unemployment rate declined mainly on the back of a 1.9 percent year-on-year increase in employment, said Eduard Hagara, a research analyst with the ING Bank.

This could be the first sign that fewer Slovaks are moving out of the country to look for work, but it will take more data from the next few quarters for the market to confirm this trend, Hagara said.

The Slovak economy and labour market have benefited from the arrival of foreign investors and their suppliers, said Silvia Čechovičová, a macroeconomic analyst with the ČSOB Bank.

The number of the long-term unemployed, which is the most vulnerable group on the labour market, has a 71.2-percent share in the jobless figures. That sector dropped the most. It now stands at 207,400 people without jobs, down 58,400 year-on-year, according to the Statistics Office.

"It seems that the long-term unemployed (more than two years) are benefiting from the good economic performance as well," Hagara said. "Despite a relatively big improvement compared to the previous year, long-term unemployment contributed 6.4 percentage points to the total."

Čechovičová of ČSOB also sees the drop of the long-term unemployment figure as a positive sign, but she said that group will remain a major headache for the labour market.

"The long-term unemployed are mostly people with low or almost no qualifications, and Slovakia's labour market does not have enough jobs to offer to them," Čechovičová told The Slovak Spectator.

Another potential problem is the low mobility and flexibility of the labour market - people in Slovakia are not really willing to travel to get jobs, Čechovičová added.

Market watchers said there is still more room for Slovakia to push down its jobless rate, and the state can contribute by shaping an employment-friendly environment.

To keep its employment rate growing, the state needs to have more than a good economy, Čechovičová said - it also needs to secure a business environment that makes job creation advantageous for businesses.

The employment forecast remains rather rosy. The expected strong growth of the economy should generate additional jobs, market watchers said.

However, with a tightening labour market, the wage bargaining process may soon move more in favour of employees. That could trigger some inflationary pressures on the medium-term horizon, Hagara added.

In July 2007, Slovakia posted the highest unemployment rate in the European Union at 10.6 percent, according to Eurostat figures. It was followed by Poland with 9.7 percent.

Employees in the financial sector continued earning the highest average monthly wage, at Sk44,550 (€1,320). People employed in the energy sectors also earned more than the national average, with Sk29,461. Wages in public administration and defense stood at Sk25,296, while incomes in the real estate sector stood at Sk23,257.

The average monthly wage in the industry sector was Sk19,671. Restaurant and hotel employees were among the lowest earners, with salaries at Sk13,754. Other low-earning sectors were agriculture (Sk14,269) and social services (Sk14,330), the SITA newswire reported.

The wage increase has mainly been driven by swelling foreign investments. Slovak regions that have absorbed the most foreign investments keep reporting a significantly higher growth of wages than the national average, according to the Hospodárske Noviny economic daily.

During the first half of 2007, the Trnava Region - where the PSA Peugeot Citroen car assembly plant and its contractors are located - reported an annual 9.7 percent increase in the nominal wage to Sk18,009. The Žilina Region, with the Kia car assembly plant, saw a 7.9 percent growth to Sk16,542. The Nitra Region reported the third-fastest growth of 7.8 percent to Sk15,563, thanks to the investment of Samsung.

Even though the Bratislava Region still tops the chart with an average wage of Sk25,224, the difference between the capital and the rest of the country is decreasing.