REAL estate prices have been rising radically in Slovakia's capital over the past six months.
Market-watchers attribute the estimated 20-percent hike to the robust economy, citizens' rising incomes and the anticipated switch to the EU currency.
Bratislava is also giving birth to several luxury housing projects, a segment that has been missing from the market since the decline of socialist architecture. 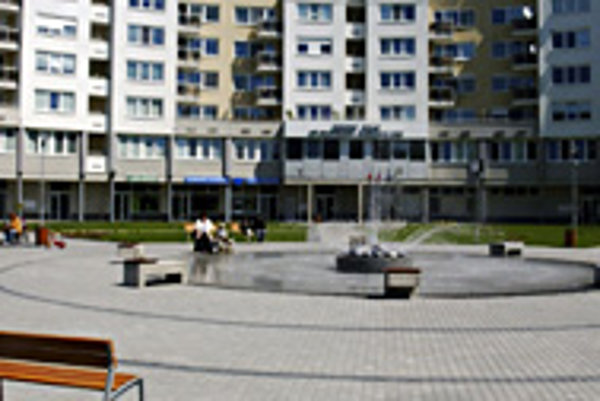 Font size:A-|A+
REAL estate prices have been rising radically in Slovakia's capital over the past six months.

Market-watchers attribute the estimated 20-percent hike to the robust economy, citizens' rising incomes and the anticipated switch to the EU currency.

Bratislava is also giving birth to several luxury housing projects, a segment that has been missing from the market since the decline of socialist architecture.

Prices of smaller apartments have climbed the most dramatically in several locations. For example, a three-room apartment in Bratislava's Petržalka district that cost Sk36,000 (€1,066) per square metre in January 2007 is now being sold for Sk42,000, said Martin Lazík, general secretary of the National Association of Real Estate Agencies (NARKS).

Citizens encouraged by optimistic economic outlooks and their swelling incomes are more willing to take on higher debts, which pushes the prices of apartments up, Lazík told The Slovak Spectator.

"While in September 2006 one was able to buy a reconstructed three-room apartment in Petržalka for Sk2.7 million, today these apartments are offered for Sk3.2 million," Rážová told The Slovak Spectator. "The upcoming months and years will further increase the prices of newly-built apartments, while the price of older and concrete blocks of flats will drop. There was a similar development on the Czech real estate market."

Analysts often describe the growing prices of flats in old socialist-style concrete panel housing estates as absurd, and say it's artificially inflated by the continuing lack of apartments on offer.

Many of these flats are in urgent need of reconstruction. Upgrading these apartments to the level of newer ones would require investments of around Sk500,000 per unit, according to earlier Slovak Spectator interviews with NARKS and the Lexxus real estate agency.

The availability and the wide range of mortgage loans, along with the expected adoption of the euro in 2009, play a major role in keeping the prices of these older apartments in Bratislava high, said Rážová.

Apartment prices have also climbed outside Bratislava in several larger cities of the healthily-developing regions, such as Trnava and Žilina, Lazík told the Spectator.

"However, apartments outside Bratislava are still waiting for their boom, and the price increase will not be that dramatic," Rážová added.

My home is my luxury castle

Recent developments on the real estate market have shown that the demand for high-standard luxury housing has been growing. Clients expect the expression "luxury apartment" to soon signify something similar in Bratislava as it does in other major European cities.

A luxury apartment should enjoy an exclusive location, be made of above-standard construction materials, and offer services and new technologies, said Lazík of NARKS.

"Some projects are already considered luxury housing but it is hard to say whether they would match the luxury standards in London or Paris," he said.

The range of luxury apartments offered in Bratislava, which should be larger apartments in good locations with mostly attractive views, has so far been very limited, Rážová said.

"The price of these apartments varies between Sk10 million to Sk100 million," she said.

Apart from Slovaks, the most frequent buyers of Slovak real estate are British and Irish citizens, according to Rážová. However, statistics have shown that individual foreign clients are gradually moving to countries where it's cheaper to buy real estate for the purpose of renting or selling it, she said. Slovak property is now more interesting for foreign real estate mutual funds, which are gradually entering the Slovak market, she added.

Individual foreign clients are the most interested in two- or three-room apartments downtown which have good prospects for increasing rental prices, she said.

The Eurovea project, one of the luxury housing projects on the banks of the Danube River, has been attracting considerable interest.

"As of today, we have registered more than 900 clients in our preliminary internet survey," said Patrícia Hradilová, spokeswoman of Eurovea's development company, Ballymore. "Given the fact that 240 apartments are planned, it is really an intense level of interest."

The first responses have shown that the share of foreign and domestic clients is almost the same.

The foreign clientele is varied, with most of the interest coming from British, Russian, Irish and Israeli clients, and those from Arabic countries, Hradilová said.

"Bratislava will shortly join the family of important and interesting European metropolises," she said. "It will also serve as a commercial centre."

Another luxury project is Riverpark, developed by the J&T Finance Group. Riverpark apartments are being sold at a satisfying tempo, said J&T spokesman Maroš Sýkora.

The price of the apartments exceeds the price foreign clients are willing to pay for an apartment intended for future investment, Sýkora told The Slovak Spectator.

"Riverpark is more interesting for domestic buyers who are acquiring the apartment for their own housing," he said.

Since the fall of communism in 1989, Slovakia has experienced several rounds of price hikes on its real estate market. One of the biggest hikes came at the end of 2003, after banks started to offer favourable mortgage loans.

In 2004, a three-room flat in Petržalka cost about Sk1.8 million. In 2000, the price only slightly exceeded Sk1 million.

Apartment prices peaked again just before Slovakia joined the EU in May 2004, with the market anticipating a growing interest from foreign buyers. However, the expectations turned out to be exaggerated, which moderately stabilised the prices on the market. But in 2005, prices again started growing by 15 to 20 percent on average.

Prices also continue to grow because the number of available apartments is still lower than the demand. At the beginning of 2006, market insiders estimated that the market lacked around 40,000 to 50,000 apartments.