Landlord law takes effect
LANDLORDS planning to rent out real estate must now register with the Tax Office or face a Sk200,000 (€5,900) fine.
The amended law took effect this month, the Nový Turiec reported.
"The amended law has changed, apart from other things, the conditions for the registration and notification duty of (individuals who rent property)," said the head of the Tax Office in Martin, Ján Žila. "This affects mainly those citizens who rent a flat, non-residential rooms or other real estate, not including lots." 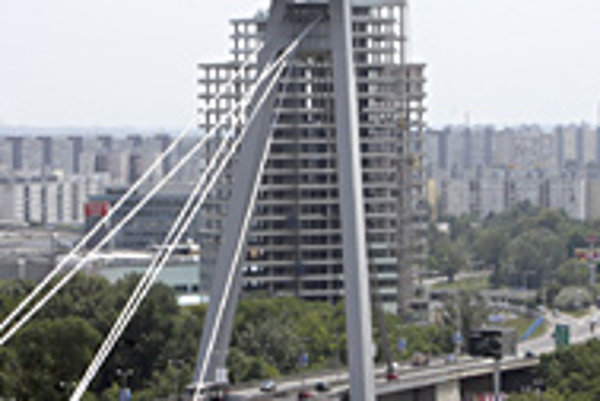 "The amended law has changed, apart from other things, the conditions for the registration and notification duty of (individuals who rent property)," said the head of the Tax Office in Martin, Ján Žila. "This affects mainly those citizens who rent a flat, non-residential rooms or other real estate, not including lots."

The person renting the property would have to register according to their permanent residence, not the location of the property, Žila said.

The landlord does not necessarily have to own the property, he added.

Clients with dreams of owning property on the seashore are drawn by offers of low prices from real estate companies. New seaside apartments cost about the same as flats in Slovak and Czech cities, the Hospodárske Noviny daily wrote.

In both these countries, this trend is relatively new. Some real estate companies anticipate a 100-percent rise in the purchase of foreign real estate.

"The crucial factor is distance," Jan Rejcha from the Rellox real estate company told the Idnes.cz website. "Most of the clients do not wish to be far from their residence, so for Slovaks and Czechs, the most favourable region is the Adriatic Sea."

Bulgaria is the most profitable country for Czechs and Slovaks when it comes to the price.

"The prices of property in Bulgaria are about the half of the prices in Croatia and Spain," said international real estate consultant Vít Klíma. "Then comes the southeastern part of Europe, Greece, where the prices are comparable with those in Spain."

New projects are sold even before they are completed.

"In most of the new apartment developments in Spain, more than three-quarters of the properties are sold before construction has even started," said Davor Kahofer from the Mediterranea real estate company. "In this phase, flats are sold with a 30-percent price reduction compared to the actual prices on the market."

Slovak and Czech customers often rent out the seaside residences they buy.

"With time, the real estate increases in value," Klíma said. "Cost recovery should take somewhere between 10 and 15 years, and the profit should be bigger than what you would get in interest from a bank."

He added that purchasing such properties can be fully profitable by renting them out for six months, entering a co-ownership, or offering a temporary rental.

The growing demand in the last five years has caused an increase in prices, which is about 20 to 30 percent in Croatia, according to Mediterranea. But experts predict that in the near future, there will still be room for affordable real estate near the sea.

A COMPETITION for developing the Vydrica area below Bratislava Castle has drawn interest from all over the world, project spokesperson Jana Pifflová-Španková told the SITA newswire.

The international anonymous competition will determine what will be done with the area, bordered to the east by the New Bridge and to the north by the castle.

Pifflová-Španková said about 300 inquiries have been registered so far on the project's information website, but it is not currently known whether all of them will also submit a project.

"The interest from architects is huge," Pifflová-Španková said. "They keep enrolling from all over Europe.

"The developer is happy about this interest," she added. "According to him, the interest is so big because it is not a common phenomenon to create a new district in a strategic location in an European metropolis, which Bratislava has become."

She added that the information about the international competition was published by architects' chambers from Germany, Austria, Hungary, Poland, Finland and Belgium.

"Even the Japanese Chamber of Architects showed interest in publishing the competition's conditions," she said. "The organisers of the competition got an anonymous e-mail with additional questions from as far away as Mexico."

The competition was announced on July 16. The results are expected to be known by the end of October.

THE SLOVAK National Museum (SNM) operates about 200 castles, strongholds and palaces in Slovakia. These cultural estates are a challenge to be operated and maintained. And moreover, the SNM has to pay local taxes for all of them.

"The historical heritage in Slovakia is falling apart more quickly than it can be protected and preserved," said Svetozár Katuščák, professor of the Chemical-Technological faculty of the Slovak Technical University. "Museums that are administered by the communities and regional administration have neither the money, nor the conditions to save their collections and monuments."

Operating costs for the cultural properties have risen steeply since 1989. Meanwhile, museum budgets have not been rising at the same rate as the costs. State funding for the SNM covers about two-thirds of the costs, the Pravda daily wrote.

"We have to cover the money we lack from our own income," said Peter Maráky, general director of the Slovak National Museum. "But we cannot afford to raise the entrance fees, or the prices of other paid services. It could turn against us."

The situation became more complicated when MPs in the previous election term approved a measure to collect real estate taxes from cultural institutions. Education, religion and social services facilities are more or less immune from this taxation.

"The former leadership of the Culture Ministry did not maintain this position," Maráky said. "So a big part of the public money that was rendered to museums is going back into the budgets of local administrations in the form of real estate taxes.

"And because we administer big properties, the situation becomes a paradox," he continued. "For example, the SNM received Sk144 million (€4.3 million) for its activities in 2006. As we run more than 200 facilities, we paid more than Sk2.4 million in real estate taxes. So the taxes reduce our budget for museum activities."

Real estate taxes are mandatory, but the rate of taxation can vary widely. The tax administrator - meaning the community where the museum is located - can reduce or totally waive real estate taxes for museums, art galleries, theatres or other facilities which are not meant for enterprise.

THE RUN-DOWN buildings in the old centre of Trnava will keep crumbling unless their owners voluntarily fix them up. The city has no legal means to force negligent owners to restore them.

"Today, the only way is through the Act on Construction, and this can only be used if the building is so neglected, it threatens the safety of passers-by," City Hall spokesman Pavol Tomašovič said.

According to him, the city cannot order anyone to make buildings attractive.

"We would welcome it if the state freed towns' and communities' hands," Tomašovič added.

However, he admits that the owners of the buildings are often limited by preservationists, who insist on sticking to the original historical, often very expensive, methods of restoration.

Probably the most renowned derelict building lies on the road leading to the frequently-visited St. Nicholas Cathedral, near Trinity Square, the SITA newswire wrote. Hundreds of Trnava residents and tourists pass it every day.

The once-luxurious palace, the foundations of which were laid as early as the 14th century, has become an unattractive building. Its windows were broken long ago, and several people live there illegally.

"If such problems could be solved through a taxation policy, it would be possible to make businessmen and entrepreneurs either sell the buildings or restore them," Tomašovič said.

That's how it works in other countries, but the current Slovak legislation lets speculators wait for the highest bid for the property, he said.

Bratislava skyline gets a new landmark

FEW new buildings in Bratislava have caused as many lively discussions as the Aupark Tower - a 20-storey building situated on the right bank of the Danube River that changes the entire Bratislava skyline.

When seen from the city centre, the UFO restaurant on the New Bridge merges with the new Aupark Tower. From the Petržalka side, the tower enters the panorama of the historic St. Martin's Cathedral and Bratislava Castle, the Nový Čas daily wrote.

"We protested, we argued by making conceptual drawings in which the tower was rising up over the Old Town," Štefan Šlachta, the head architect of the City of Bratislava, told Nový Čas. "No one was willing to believe us. Today we can only dream about the view of the Old Town we once had.

"The tower sticks out like a sore thumb over the roofs of the Old Town, thus intruding in the historical environment. It is a sad exclamation mark of arrogance," he added.

The Aupark Tower, developed by the HB Reavis Group, is a separate administration building that will be connected to the Aupark shopping and leisure centre, according to the Hospodárske Noviny daily. It is placed in a strategic location for future use - on the embankment of the Danube River, only 500 metres from the historical centre of the city, near the Sad Janka Kráľa city park and major roads.

The project has a total rentable space of 31,600 square metres, with high-standard office rooms.

IT WAS a long-standing tradition for people in Slovak villages to spend their summer holidays helping their neighbours build houses.

Ethnologist Soňa Kovačevičová said it was very common to spend your vacation constructing a house. It was part of everyday life, the Pravda daily wrote.

"When there were wooden houses, people spent several free days building extensions and reconstructing the existing houses," she said. "After the Second World War, dwellings like this were built mainly in the regions where houses were destroyed - in Horehronie, in Liptov.

"Of course, spending holidays on construction sites was most widespread during socialism. The square-shaped houses became trendy, and they were built everywhere. Most of all in eastern Slovakia, probably."

If five families on one street of a village were building at the same time, men from the neighbourhood did not rest. They came home from work and immediately left for the construction site.

Today, men from Orava and Kysuce are particularly known as construction masters, and they travel across Slovakia. They work on the construction of big shopping malls, or else work weekly shifts in the Czech Republic. With the money they earn there, they build their homes in Orava or Kysuce during their holidays.