Haunted by the Holocaust

ON AUGUST 23, a Czech website published a list of Jews or "partial Jews" who come from Slovakia.
It is hard to say whether all the people included on the list are actually Jewish. At first glance, it seems that two-thirds of them do not even have Jewish ethnicity, and do not practise the Jewish religion. 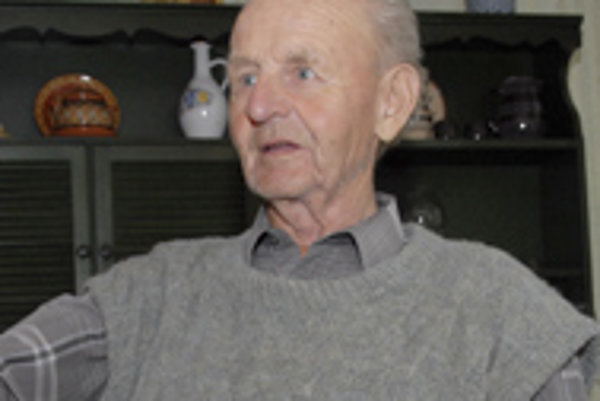 Font size:A-|A+0
ON AUGUST 23, a Czech website published a list of Jews or "partial Jews" who come from Slovakia.

It is hard to say whether all the people included on the list are actually Jewish. At first glance, it seems that two-thirds of them do not even have Jewish ethnicity, and do not practise the Jewish religion.

The number of spelling and factual errors on the list puts its credibility in further doubt. The famous Slovak singer Pavol Hammel is listed as Pavol Hummel, and the former editor-in-chief of the Sme daily, Martin Šimečka, is said to be dead - which is fortunately not true at all.

The inclusion of my name on this more-than-dubious list encouraged me to continue searching for the history of my father's family. Until recently, I only knew that before the Second World War my father's name was Ervín Sonnenfeld, that he was born and lived in Ľubica, near Kežmarok, and that all his relatives died in concentration camps. And one more thing - that his father came from Dobrá Voda, near the town of Vrbové.

My father died in 1988, so I cannot ask him for more information. Instead, my search took me to Kežmarok to speak to people who knew him.

Hiding in the hay

As a young woman in Kežmarok before the Second World War, two of Mária Klocoková's closest friends were Vera Goldman and Isabella Sonnenfeld.

Isabella was very pretty, with long black hair, Klocoková said. She also played piano. She loved music so much that once they went together to a Catholic mass to listen to the organ.

"She was such a good person," Klocoková said. "She never harmed a single soul."

During the war, the Slovak army rounded up young Jewish and Roma men to send them to the Sixth Battalion, which was really a labour camp. They were supposedly drafted to serve in the military, but they were immediately separated from the army and sent to join labour squads.

In the spring of 1941, Klocoková's family hid Isabella's younger brother, Ervín, to try to protect him from this fate. He hid under the family's hay.

"He loved fresh milk, so we wrote 'Ervín' on his mug," Klocoková said.

But the 20-year-old man could not bear to stay alone in the hideout; he left to go dancing at a local party.

"Someone spotted him there and told the police," Klocoková said.

The gendarmes police officers caught him and deported him first to the Jewish labour camp in Svätý Jur, and later to the Nováky labour camp.

'She just asked if she could say goodbye'

Ervín and Isabella's father, Emil Sonnenfeld owned a pub called U Zeleného Strom (By the Green Tree), but he lost it during the process that took property from Jewish families and gave it to prominent Slovaks.

Shortly after that, a young man named Ján Pavlík started working at the pub. He was 18 or 19 years old.

Today Pavlík is 84 and living in Ľubica. It took 20 minutes of questioning to get him to talk about what happened after he started working at U Zeleného Strom.

On April 3, 1942, Pavlík was coming back from the pub when the gendarmes stopped him. They told him to go the house of Vera Goldman and escort her to the police station, as she had to be deported.

Two other young men were sent for Isabella Sonnenfeld and a third young girl, whose name he didn't recall.

"So I went to the Goldmans' house," Pavlík said, "and Vera told me she would come with me. She just asked if she could say goodbye to her father, who was home at the time. I let her do that.

"And then I led her and two other women on foot to the police station. Many people were watching us. From there, they were sent to Kežmarok."

In Kežmarok, the young Jewish women were gathered in the castle courtyard, and from there they were sent to Poprad. From Poprad, they were taken by train to Auschwitz

Klocoková was in Poprad when she learned that Vera and Isabella were being loaded onto "cattle cars". She ran for her life to the railway station.

"When they were packed into the cattle cars, I started crying," she recalled. "Young children were torn from their mothers' arms and thrown into the wagons.

"One member of the guard hit me in the chest with the butt of his rifle, and said I could go marching with them if I missed them so much. My chest was black for two months."

Ervín was still in Nováky when he learned that Isabella ended up in a concentration camp.

He sent a postcard to his father but it was returned to him with a hand-written message:

"Dear Ervín: It's the postman writing. I cannot give your message to your father, because he went to the place where your sister Isabella did before."

According to the Yad Vashem organisation's listings of Holocaust victims, Isabella Sonnenfeld was 24 when she was taken to Auschwitz. She lived in the concentration camp for four months and died there on August 15, 1942.

Isabella's father, Emil Sonnenfeld, was 61 when he was transported from Poprad to the Lublin and Sobibor concentration camps on June 1, 1942. The records do not tell the date of his death.

After the war, Ervín Sonnenfeld refused to have a German name, and changed his surname to Lesný. He moved to Bratislava. He probably wanted to start a new life there.

"Later, I met Ervín in Bratislava in 1966," Pavlík said. "I was the head of the local government office and I came to Bratislava for training.

"We had some drinks in a wine bar. We talked about everything. We also talked about Vera Goldman's brother, Zolo. He was a nice guy, a football player."

Zoltán Goldman was also recruited to the Sixth Battalion in the spring of 1941.