JOZEF LUPTÁK has done it again. For the eighth straight year, the renowned Slovak cellist has brought together some of the world's best instrumentalists for the Convergence chamber music festival. 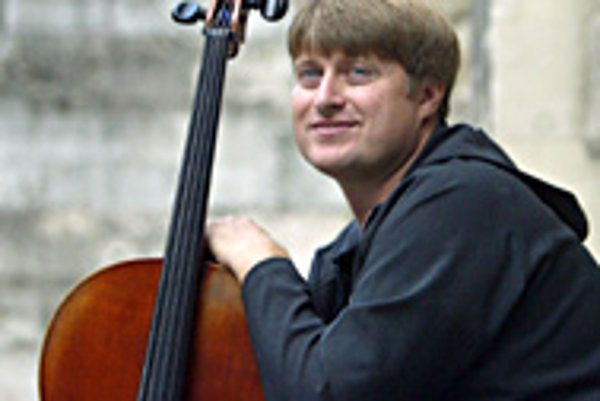 Font size:A-|A+
JOZEF LUPTÁK has done it again. For the eighth straight year, the renowned Slovak cellist has brought together some of the world's best instrumentalists for the Convergence chamber music festival.

The festival consists of nine concerts in Bratislava on September 13-16 and 23 and one in Nitra on September 21. The programme is almost completely dedicated to chamber music.

"Chamber music is a very special experience," Lupták, the festival's artistic director, told The Slovak Spectator. "It converges musicians and audiences from completely different cultures for the purpose of communication - from the first rehearsal to the final performance."

Lupták's idea of 'converging' cultures through music also dictated the choice of concert venues. The performances in Bratislava are taking place in churches and the Design Factory Gallery and the concert in Nitra is in a synagogue.

"Old churches that host concerts and a gallery that was once an abandoned factory match perfectly with the concept of transformation through a convergence of art," Lupták said. "I can't think of better spaces for what we are going to perform and introduce."

The Visegrad Cello Quartet (Klarisky Church, September 13 at 18:30) starts the festival with a celebration of the Visegrad Four countries. Each of the cellists is from one of the countries and the evening's music is by composers from them. The only exceptions are selections from chorales by German composer J.S. Bach, but even those were arranged by cellist Jiří Bárta, who's representing the Czech Republic.

The Pacora Trio and the Bratislava Chamber Soloists (Klarisky Church, September 13 at 21:00) will bring elements of jazz and folk music to the festival's second concert. This is the first appearance at Convergence for the Pacora Trio, whose repertoire is a mixture of modern styles and Slovak and Moldavian folk music.

The Night of French Chamber Music (Design Factory, September 14 at 18:30) is one of the festival's highlights. As well as compositions by Fauré and Satie, the programme includes the complete chamber works of Maurice Ravel, who died 70 years ago this year. French wine and cheese, the price of which are included in the ticket, will be served.

The concert was organised in cooperation with the French Institute of Bratislava.

"Our director, Didier Talpain, is a conductor by profession," Miloš Stanovianský from the institute's Culture Section told The Slovak Spectator. "He wanted to commemorate Ravel, but didn't think a solo concert would be feasible, so he asked Jozef Lupták about fitting it into the Convergence festival."

Music as a Game (Design Factory, September 16 at 15:30) is a performance for first through fourth graders that will combine music including Stravinsky's narrative orchestral work A Soldier's Tale with interactive tools, like playing cards and board games. The atmosphere will be relaxed, with laughter and cups of hot chocolate.

"Previous concerts for children were aimed more at pre-schoolers," pianist Ivan Šiller, who will be performing at the concert, told the SITA newswire. "This is for older listeners who can understand music better because they've heard more of it."

"I have children myself, so I know how little music education there is in schools here," Lupták told the Spectator. "I hope some of these children will be touched by it and see how different the emotions, taste, and aesthetics are from what they experience every day."

The first of the final concerts in Bratislava is the Bratislava Chamber Music Night (Design Factory, September 16 at 18:30). The concert is an evening of chamber music by Ján Levoslav Bella, a nineteenth century Slovak composer, alongside works by his more famous contemporaries, Dvořák and Brahms.

The second is Russian Lullabies and Dreams (Design Factory, September 16 at 21:00), which explores Russian music through lullabies by composers from Tchaikovsky to Shostakovich. The evening's performer is Czech mezzo-soprano Petra Noskaiová, who will be accompanied by Slovak composer Vladimír Godár.

The festival then changes venue to Nitra for one of its bonus concerts. Chamber Music Night (Nitra Synagogue, September 21 at 18:00), which was organised in cooperation with the Divadelná Nitra Festival, includes four sets of performances by instrumentalists, singers, and ensembles, as well as an improv by Slovak composer and visual artist Július Fujak. The second bonus concert is back in Bratislava. It is the Mozart Requiem, performed by the Eben Ezer Choir and members of the Bohdan Warchal Chamber Orchestra (Church of the Holy Family, September 23 at 20:00).

Where: venues in Bratislava and Nitra

For more information, visit www.konvergencie.sk (in Slovak and English). For tickets, visit www.ticketportal.sk.