THE GOVERNMENT and opposition both agree that Slovakia's education system is in desperate need of reform, but they are proposing very different ways to change it.
Former education minister Martin Fronc, an MP for the Christian Democratic Movement Party (KDH), recently submitted to parliament a bill on amending the school law. Meanwhile, the Education Ministry, led by Ján Mikolaj, published its legislative plans for amending the school law on its website. 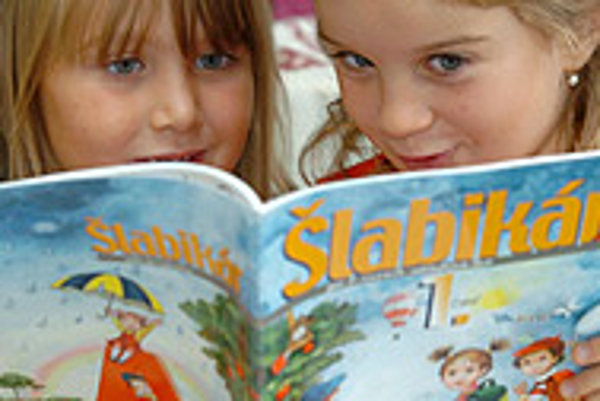 Font size:A-|A+
THE GOVERNMENT and opposition both agree that Slovakia's education system is in desperate need of reform, but they are proposing very different ways to change it.

The current school law has been in effect since 1984. Reform of the school system has been discussed as an urgent issue since the fall of totalitarian regime.

However, an agreement on how the school system should be reformed has not yet been reached.

Mikolaj stressed the need for reform in his speech at the beginning of the school year on September 2.

"We are aiming to do away with the memorisation of encyclopedic knowledge," he said. "The stress will shift to developing the creativity of our pupils."

His speech, broadcast by public radio and television, alluded to values preferred by the Slovak National Party (SNS), which nominated him to the post of minister.

"Apart from fundamental changes to the education and social teaching curriculum, (the new system) would include national and historical stances which we will use to guide our pupils," Mikolaj said.

The minister elaborated on his plans for school reform the next day at a press conference, saying schools would not have too much independence. He said schools would gain more freedom in creating the curriculum and choosing teaching methods, but the state cannot get rid of the responsibility for the education.

According to Mikolaj, the state will continue to set standards that will have to be observed.

"Do not look for liberalisation there," he said. "I do not think we are in that much trouble."

Mikolaj told The Slovak Spectator that he was not against independence for schools - he just opposes the high level of independence that the M.R. Štefánik Conservative Institute non-governmental organisation, which helped draft Fronc's opposition bill, wants to introduce to the curriculum.

"In my opinion, the Conservative Institute is introducing ultra-liberal views about the freedom of schools in terms of teaching in (its proposal)," he said. "No state in the world does it in this way, and no state will ever do it."

Mikolaj's plans were severely criticised by Fronc, who told The Slovak Spectator that the current education minister has absolutely no idea or vision.

"He is influenced by what somebody has told him," Fronc said. "He follows the last person who tells him anything."

Another problem is that the ministry produces a lot of strategic documents, but it is not clear which plan it will follow, he said.

"They have produced about nine or 10 strategies for everything possible," Fronc said. "This is the easiest part, to draw up a strategy - there is no obligation involved. But when it comes to reshaping a partial plan into a paragraph of a law, it becomes an unguided missile. No one knows what will become of it."

Mikolaj defended himself, saying that the ministry had just one strategy, but in order to complete the reforms that Fronc did not succeed in, the ministry has to work with partial strategies. Those will be harmonised into the reform of the whole school system, he said.

The ministry plans to submit its plan for an expert discussion in September. The government is expected to approve it in the first half of October, and then it will be handed over to experts to give it the legislative wording, Mikolaj told The Slovak Spectator.

The Conservative Institute has been highly critical of the ministry's reform plans. According to Zuzana Humajová, an analyst from the NGO, the ministerial bill keeps the reform rhetoric from Fronc's time as the minister, but it is not reform-minded in spirit. Instead it's just a formal de-centralisation, she said.

"The contents of the curriculum, and the duty of schools to work with it, will be re-determined in detail again," she said.

If the ministry's ideas for legislative design are accepted, the state's influence and intervention would remain very evident, she said.

"Schools will not have a lot of leeway for putting something new into the curriculum, or to set it in a way that would suit them," Humajová told The Slovak Spectator.

"Schools need freedom so they can teach children better; so they have more room for new methods, new ways of accessing information, and new formats; and at the same time, so they can put the curriculum contents together in the way they need for these formats and methods."

The opposition school bill in parliament now solves exactly this question, she added. The bill gives schools the freedom they need for an educational environment, while the ministry's plan limits this transformation.

Analysts from other NGOs have been voicing the same opinion for several years. They claim that the Slovak school system doesn't consistently give schools the freedom to make their own decisions.

"The law should leave the most possible freedom for schools when they are making the curriculum," Matúš Pošvanc, an analyst from the F.A. Hayek Foundation, told the Hospodárske Noviny daily in January. "The state should define just the minimal rules. Schools should also have freedom, for example, in the choice of textbooks."

He also said that after the education reforms are successfully completed, it will be necessary to consider changing the way elementary and secondary schools are financed, so the schools can use their finances more freely.

"Without improving the financing of school system, the school reform will not succeed," he said.

"If the curriculum reform is accepted and the way of financing does not change, it can cause problems when (the changes) are implemented."

Mikolaj does not agree with those opinions, however.

"To give some kind of absolute freedom, where schools define what they will teach and what they won't, that seems too liberal to me," he told The Slovak Spectator. "In a word, I think they are not equipped for that.

"If you take some of these communities, how could they know how to teach history and so on? They do not have textbooks, they do not have the money for textbooks. So when it is done under the jurisdiction of the state, it is cheaper and more effective this way."

The Programme for International Student Assessment, an organization within the OECD (Organisation for Economic Co-operation and Development) has already pointed out problems in Slovakia's education system.

In a report from 2003, Slovak 15-years-olds scored below average in math and natural sciences, ranking 18th out of 30 countries. In reading, they came in 27th place, closely followed by Turkey and Mexico.

In the problem-solving category, they took 20th place, which meant they did better than their Norwegian, Polish, Spanish, American, Portuguese and Italian contemporaries.

Students from the Czech Republic did the best out of the Visegrad Four countries.