Euro burdens banks the most

EURO adoption will place the heaviest financial burden on the country's banking sector, according to a top Slovak bank.
Slovakia's 16 commercial banks will have to reach the deepest into their pockets and would also suffer great losses if Slovakia's entry to the eurozone gets delayed for any reason. 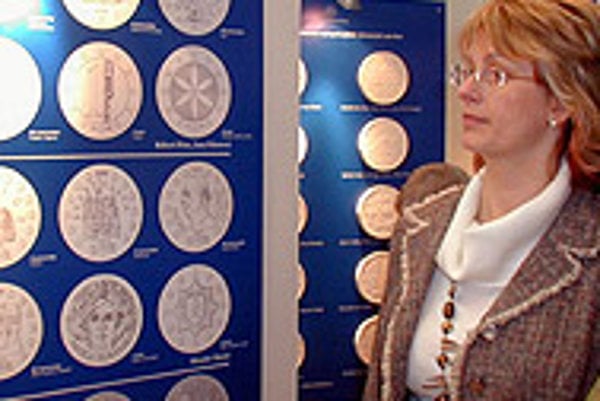 Font size:A-|A+0
EURO adoption will place the heaviest financial burden on the country's banking sector, according to a top Slovak bank.

Slovakia's 16 commercial banks will have to reach the deepest into their pockets and would also suffer great losses if Slovakia's entry to the eurozone gets delayed for any reason.

Banks have to withdraw the Slovak currency from circulation and put euro notes and coins into all the country's pockets.

"The euro adoption is more demanding than Y2K was," said Elena Kohútiková, a member of the VÚB Bank board of directors and former National Bank of Slovakia deputy governor for euro adoption. "It is the largest project that commercial banks have ever been involved with."

Slovakia is aiming to enter the eurozone on January 1, 2009. Banks have been preparing for the switch since 2006.

"Preparation for the euro adoption in banks has taken two or three years," said Miriam Fuňová, spokeswoman of the Slovenská Sporiteľňa. She confirmed that the banking sector has had the highest expenses of any in Slovakia preparing for euro adoption.

The adoption of the EU currency is not only about adjusting a bank's information technologies. It also involves the bank's whole operation, most importantly supplying branches and clients with euro coins and banknotes, Kohútikova told The Slovak Spectator.

"At the same time the banks must get ready for the withdrawal of the Slovak currency from circulation," she said.

All bank units must cooperate efficiently to manage the change. The banks also have to train their employees so that they understand the process and are able to answer clients' questions about euro adoption, Kohútikova said.

The greatest challenge for banks will be to make sure systems and applications are able to cope with temporary dual operations in euros and in Slovak crowns, and then switch to the euro without disrupting banks' services, Jaromír Chabr, general director of Komerční Banka Bratislava, told The Slovak Spectator.

"Naturally, dual pricing will also concern the banks, as providers of banking products, which is linked to the need for timely communication with clients," Coplákova added.

A major analysis by the National Bank of Slovakia from March 2006 concluded that euro adoption will have a partially negative impact on the banking sector.

Kohútikova said the VÚB Bank makes a quarter of its profit from foreign exchange transactions in all currencies. The bank estimates that the revenues from these operations might drop by approximately 70 percent after the euro is introduced.

Market watchers estimate the costs of euro installation at hundreds of millions of Slovak crowns for each bank. However, they also say that major commercial banks are not completely on their own in coping with this demanding process, because they have mother companies operating in the eurozone that can share their experience.

"However, the banks cannot simply copy the process of euro adoption, because the founding eurozone countries had their transition in two phases while Slovakia will have to handle the process in one phase," Kohútikova said.

The founding eurozone countries introduced the euro for non-cash transactions in January 1999 and for cash transactions three years later, according to Kohútikova, but Slovakia will switch to the euro at once.

Still, there are lessons Slovakia can learn - mainly how to communicate to bank employees and clients about euro adoption and how to prepare crisis scenarios so that the process goes more smoothly, she added.

The UniCredit Bank and Komerční Banka Bratislava will draw from the experiences of Slovenia, the latest country that switched to the euro. Their banking groups have a presence in Slovenia, and the euro adoption process there was similar to the one planned for Slovakia.

But there will be many differences given the different nature of the banks, Jana Matúšová of UniCredit told The Slovak Spectator.

VÚB Bank is learning from its mother company to overcome the loss of certain types of deals that will disappear when the foreign exchange risk between the Slovak crown and the euro vanishes, Kohútikova said.

The euro can also give commercial banks a chance to cover part of those losses with deals in other areas, such as financing new businesses for clients, she said.

Miroslava Pargáčová, a spokeswoman for Istrobanka, told The Slovak Spectator the euro will bring other opportunities for banks and their clients.

"For example, if clients want to buy securities in a local currency, they will have a much wider choice than before," she said. "The client will be able to buy German, French or Austrian equities without currency conversion. All the client will need is an account in the local currency, which will be in euros."

Delays could be costly

The European Central Bank and the European Commission are scheduled to start assessing Slovakia's preparedness to enter the eurozone in the spring of 2008. The decision on whether Slovakia will be allowed to adopt the euro should be known next summer.

The banks say any delays to Slovakia adopting the euro would hit the sector hard, because they have already invested finances and human resources.

"Many projects that the bank would otherwise run, which would widen the variety of products and services, would be delayed and would only run after the euro installation," Kohútiková said.

Technologies and products move so quickly that in two years, the euro systems that the banks are working with might become outdated, Kohútiková explained.

Delaying the country's entry into the eurozone would practically mean starting the preparations over again, which would not be simple given the costs and efforts that have been invested, said Copláková of Tatra Banka.

"If euro adoption is delayed, no one will compensate the banks for their costs," Fuňová of Slovenská Sporiteľňa told The Slovak Spectator. "However, the preparations could still be used in the process of installing the euro later."