BANKS in Slovakia have established a new institution to deal with citizens' complaints about banking services: the bank ombudsman. The new position comes out of the Code of Ethics for Banks, which was signed in June. 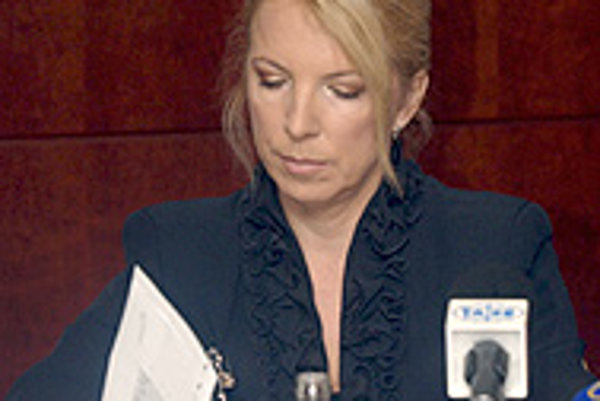 Font size:A-|A+
BANKS in Slovakia have established a new institution to deal with citizens' complaints about banking services: the bank ombudsman. The new position comes out of the Code of Ethics for Banks, which was signed in June.

Banks receive about 150 complaints a month that have a more complex nature, according to the Slovak Banking Association (SBA). They are mostly related to delays in settling issues, incorrectly executed payments, complaints about interest rates and fees, suspended internet banking, problems with debit cards, and unrequested bank advertising.

Banks are able to solve most of these problems themselves. However, if clients are not able to settle their problems within the bank, they will now be able to turn to the new bank ombudsman. The ombudsman will recommend a solution - but the office is not intended to be a replacement for Slovak courts or arbitration courts.

The first bank ombudsman is Eva Černá, a TV personality and former member of parliament with no banking background. She started working in her new position on September 1. She spoke about the job to The Slovak Spectator.

The Slovak Spectator (TSS): Why do you think the position of bank ombudsman is necessary?

Eva Černá (EČ):The crucial reasons for the creation of this position were the rapid development of the market, new products, and the position of the consumer in this dynamically-developing environment.

In recent years, there has been an enormous increase in retail banking in Slovakia. In 2000, loans for citizens made up nine percent of all the loans banks gave, and within six years it quadrupled to 36 percent. At the same time, the bank market witnessed a very low level of financial education connected with the constantly-expanding selection of banking services being offered. This situation, too, has led to the founding of the position of bank ombudsman, which strengthens the consumer's position in defending his or her rights in the sphere of financial products and services.

TSS: What priorities have you set for your office?

EČ: My primary intention is to improve the clients' opportunities for dealing with their complaints and solving their complaints out of court. In the end, we intend to improve services, and their quality, for the banks' clients. In the middle-term, we want to influence consumer behaviour and improve clients' legal awareness in an educational way. I take it as a basic premise that the ombudsman provides services aimed at consumers so they can support their position with the banks.

TSS: What is your opinion about the new Code of Ethics for Banks? Do you think it can bring some real change to the banking sector, or to clients? Isn't it just another "paper"?

EČ: The Code of Ethics is an important document for the banking market, strengthening the position of the consumer. All the banks associated with the Slovak Banking Association have committed to it, which means they also committed themselves to a consistent compliance with a set of moral rules that binds them to provide clients financial services on a high level, adhering to principles of courtesy and transparency in business. The code is another step towards strengthening the positive relationship between client and bank, and towards cultivating the banking environment. As bank ombudsman, I will supervise the banks' compliance with the code's provisions, and whether banks observe these basic rules in individual cases.

TSS: You have extensive experience in coping with citizens' complaints, but you do not have a banking background. Isn't that an obstacle to doing your job?

EČ: For a long time, I have been working in the social sphere and solving civil issues. In the long time I've been doing that, I have gained rich experience in working with the socially weak and endangered groups of citizens. I saw and experienced them not only from the point of view of my civic attitude and convictions, but also thanks to my work in the non-governmental sector, and as a member of the Parliamentary Committee for Social Affairs and Housing. My efforts as ombudsman are aimed at fulfilling the ambitions and ideas of how to help consumers with solving their problems. I work in a broad team, which has a highly professional, organisational and technological background. It consists of lawyers, financial experts and banking experts.

TSS: What is your personal experience with the banking sector? With the services offered, with personal attitudes, etc.

EČ: I have not had negative personal experiences with banking services, or with the attitude of their employees. I remember a funny story when I was a bit tormented by a careful bank employee. After several repeated attempts to confirm my identity, he was not satisfied when he compared my signature at the branch with my sample signature. I have to admit that in this stalemate situation, it was me who - without any smile - retreated.

TSS: Some people see the banking sector as just "those rich institutions". How do you perceive the importance of banks for society and for economy?

EČ: They say that money is the most important information bearer - historical sources also confirm that, because the first written records discovered from antiquity are records about accounting operations, not declarations of love ... Banks are part of our lives, they care about our finances, offer solutions and safety ... I see in banks their pulsing dynamics and the constant development of the mutual interrelation between client and bank. This relationship can be further developed if banks are ready to provide their clients services that will satisfy them.

Banks in every country, like in Slovakia, are basic pillar of the economy. And thanks to a stable and profitable banking sector, Slovakia currently has one of the highest economic growth rates in Europe.

TSS: Misunderstandings and discontent often occur when people do not understand how the banking sector works. What kind of knowledge do you think regular people have about banking? Do you think people need certain basic knowledge about banking for their life?

EČ: Financial education, as in the basic ability to understand financial products and services, is crucial for consumers who use the services of financial institutions. According to the results of opinion polls, financial literacy in Europe and on a global scale is low. Slovakia hasn't had a relevant poll like this, so the SBA is now making a complex opinion poll about the level of financial culture among Slovak consumers, which will discover the realistic state of Slovaks' financial knowledge.

Experts' experiences in the educational sphere show that knowledge about this issue is currently as important for living a full human life as education in natural or social sciences. As a bank ombudsman, I also want to pay attention in the middle-term to the educational activity of banks' clients.

TSS: What problems can consumers turn to you with? What specific help can they expect?

A person can submit a motion to the bank ombudsman in a written form, or by e-mail, and it has to include all the necessary requirements, including written consent for processing the consumer's personal information and confidential information in order to settle the motion. The decision of a bank ombudsman is only advisory in nature. The ombudsman does not decide the disputes, nor does he or she substitute the courts.

TSS: Which countries did the Slovak Banking Association draw experience from when establishing this position? Do our next-door neighbours - i.e. the Czech Republic, Poland and Hungary - have it?

EČ: The position of financial ombudsman has been used for a long time in the world. Offices of bank ombudsmen are founded by two basic patterns: as institutions founded by state, as in the United Kingdom, Ireland ... or like in Slovakia, institutions founded by professional associations, chambers, and societies of financial products and service providers, as in Poland, Germany, Austria or Italy, which were our models when founding the institution of an advocate for bank clients' rights.

Decisions of a financial ombudsman in cases where the position is founded by a professional organisation are not legally binding. But the financial service providers, who are members of appropriate professional associations, respect them voluntarily, or the duty to respect such decisions is implied in the membership in the association.

Eva Černá became a well-known personality with the private TV channel Markíza, where she started her journalistic career. Černá mainly covered stories focused on the lives of socially-vulnerable people. Later she was in charge of a whole programme devoted to issues related to civic and consumer rights. Černá worked with and helped to establish several foundations for low-income and socially weak citizens. In 2002 and 2006, she was a member of parliament for the New Citizen's Alliance.