Banking sector gets Code of Ethics

EVEN though the banking sector enjoys a high profile in Slovakia, the banks are trying to raise it further by writing down and following the ethical principles of their business. 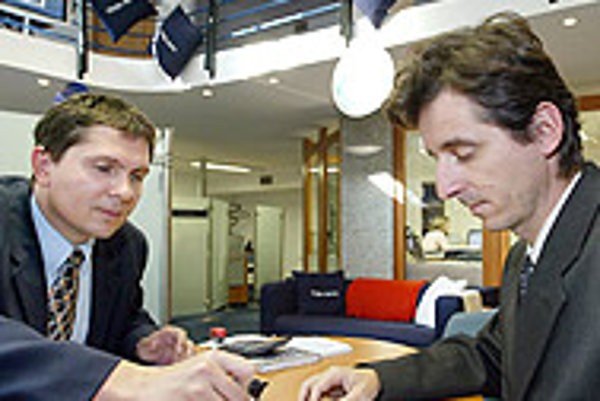 Font size:A-|A+
EVEN though the banking sector enjoys a high profile in Slovakia, the banks are trying to raise it further by writing down and following the ethical principles of their business.

The banks adopted a new Code of Ethics in Consumer Protection in July. The code is a collection of ethical rules that states the banks' commitment to providing high-quality financial services, and upholding the principles of fairness and transparency, the banks say.

The banks claim the code is not going to dramatically change their activities, as they have already been using many of the rules for a long time. However, it summarises their principles of conduct and gives clients a benchmark to assess banking services.

The code was important because it sets down complex rules of banks' behaviour towards clients in the Slovak market, said Jana Matúšová, spokeswoman of UniCredit Bank.

"It should significantly reduce the differences in the behaviour of individual banks, which is an advantage to clients," she told The Slovak Spectator. "On the other hand, it will lead to improved public awareness of transparency in the banking processes, which will have a positive impact on the banking sector as a whole."

The code binds the banks to always act transparently with their clients and give them reliable information on services, according to the Slovak Banking Association website. It also requires them to:

- promote their services only through truthful advertising;

- give clients early and sufficient warning about price changes for services;

- deal with problems without delay and inform the client about possible solutions;

- administer confidential client data discreetly, with the client's approval and in line with legislation;

- ensure that their employees adopt the code in its full extent.

The code also establishes the institution of a bank ombudsman - an officer citizens can turn to with their complaints about banking services, if they fail to get a response from the bank where the problem occurred.

"We expect that the work of the bank ombudsman will be a real benefit to regular clients," said Tereza Copláková, the spokeswoman of Tatra Banka.

The Code of Ethics is binding for all the members of the Slovak Banks' Association, which represents 99 percent of the Slovak banking sector.

"Even though the Code of Ethics does not represent any change for our bank, it is very important because it represents a commitment from the whole banking sector," said Miriam Fuňová, the spokeswoman of Slovenská Sporiteľňa. That bank has already had its own ombudsman for six years.

"We are convinced that an educated and informed client is able to make correct decisions and appreciate the quality of our services," she added.