THE COUNTRY's brightening prospects of meeting the inflation criterion for joining the eurozone have been overshadowed by a less optimistic development: the public finance deficit criterion, which seemed easily reachable, might slip away if the EU statistics authority requests a revision to the numbers the country has submitted. 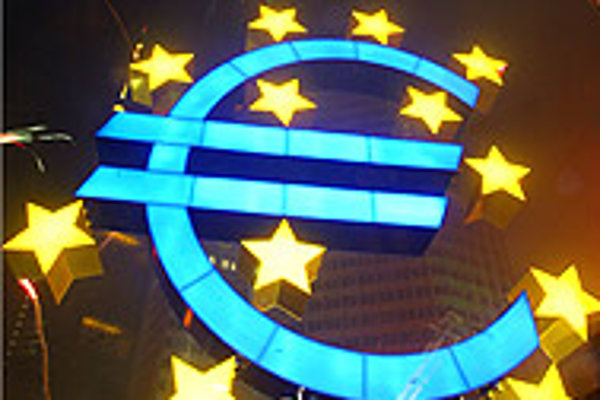 Font size:A-|A+
THE COUNTRY's brightening prospects of meeting the inflation criterion for joining the eurozone have been overshadowed by a less optimistic development: the public finance deficit criterion, which seemed easily reachable, might slip away if the EU statistics authority requests a revision to the numbers the country has submitted.

Market watchers, however, say the euro adoption dream is still within a decent reach.

The general government deficit was at 3.39 percent of the GDP last year, according to data from the Slovak Statistics Office. But Eurostat has reportedly concluded that the figure must go up by 0.7 percentage points, according to the Trend business weekly.

The difference was caused by incorrect accounting for budget figures for the public service media, the National Highway Company and other public finance items.

Slovakia planned a public deficit for this year - which EU bodies will take into account when they assess Slovakia's euro readiness - at 2.94 percent of the GDP. The figure is just below the threshold of three percent of GDP required as a Maastricht condition for euro adoption.

If Eurostat demands a cor-rection to Slovakia's calculations, the slight increase could put the general government deficit for 2007 under great pressure.

Slovak officials have repeated that there is no serious public finance deficit hurdle in the way of the eurozone. Official Eurostat data on Slovakia's performance in 2006 won't be available until late September or early October.

"If Eurostat says we have to include it in the deficit, we will have to make new calculations," Prime Minister Robert Fico told the press.

"We are ready to do it because our goal is to adopt the euro by January 2009."

Finance Minister Ján Počiatek said that even if Eurostat inflates Slovakia's deficit figures for this year, the government can still manage to keep the crucial numbers under three percent of the GDP, the Sme daily reported.

"While the revision of the 2006 fiscal numbers could reach 0.7 percent of GDP, this year's balance may worsen by only 0.25 percent of GDP, so Slovakia would still pass the three-percent budget hurdle," Lucia Štekláčová, an analyst with the ING Bank, told The Slovak Spectator.

"Thus Eurostat's announced revision of the fiscal deficit could raise it by a manageable amount, leaving Slovakia still compliant with the Maastricht criterion."

So far, neither the Slovak Statistics Office nor Eurostat has published which parts of the deficit are one-time costs and which are structural, which means they would affect the budget in the coming years, Slovenská Sporiteľňa analyst Mária Valachyová said.

A structural deficit is more long-term in nature than a cyclical deficit and needs direct government policies, such as improvements to technology or labour productivity, to tackle it, she said.

Počiatek said that the additional deficit for 2007 should add up to 0.23 percent of the GDP at most, or approximately Sk4.2 billion (€124.1 million). If his estimate is confirmed, the ministries will have to tighten their belts only slightly, Valachyová said.

"However, if the structural deficit is higher, the ministries would have to make more considerable cuts and shift part of their capital expenditures to next year," Valachyová told The Slovak Spectator.

Former finance minister Ivan Mikloš has been warning his successor about eventual problems with the government's general deficit.

"The risk that we have been warning about is now becoming real," Mikloš told Sme.

He added that not only the highway company deficit, but also debts in the health care sector and the railway companies might come back to haunt the government.

Mikloš said he expects the extra costs might be as high as Sk11.5 billion.

News of the possible revision sparked an intense reaction from the Slovak media, but the market still expects euro adoption to go ahead in January 2009, according to Štekláčová.

"The market reaction has been surprisingly muted so far," Valachyová said. "The crown eased only around 10 halers on the news (0.3 percent), and the weakening at the end of the week was related also to the CEE region (sentiment).

The three-percent threshold is one of the Maastricht criteria that Slovakia has to fulfill to enter the eurozone. Long-term interest rates should be no more than two percentage points above the average for the three eurozone countries with the best inflation. The public debt must not exceed 60 percent of the GDP.

The country also has to keep the exchange rate within the European Exchange Rate Mechanism (ERM) II for at least two years, and the harmonised inflation rate must stay within 1.5 percentage points above the average for the three European Monetary Union countries with the lowest inflation rates.

In the long term, Slovakia has had the fewest problems with the long-term interest rate and the general government debt-to-GDP ratio. Inflation used to be the largest problem for Slovakia, but according to the latest figures from the Slovak Statistics Office, the state started to comply with the Maastricht inflation criteria in August.

Analysts are also optimistic about meeting the currency stability criterion, in spite of the crown's dramatic development earlier this year. A massive appreciation of the Slovak crown in late 2006 and early 2007 required Slovakia to revaluate its central parity in ERM II by 8.5 percent in March, to 35.4424 SKK/EUR. The exchange rate must now stay within 30.1260 SKK/EUR to 40.7588 SKK/EUR.

While the currencies of Slovakia's neighbouring countries appreciated over the last week, the public finance deficit uncertainty kept the Slovak crown from strengthening, Jozef Krško, head of the treasury and financial markets department of Dexia Banka, told The Slovak Spectator.

"If the official stand [of Eurostat] becomes more favourable for Slovakia, the crown will follow its neighbour currencies and adjust its gains on the inter-bank market," Krško said.

However, the uncertainty and lack of information around the budget revision could halt the crown's appreciation even if the global situation is favourable for emerging market currencies, Juraj Valachy, an analyst with Tatra Banka, told The Slovak Spectator.

But he agreed Slovakia's chances of meeting the currency criterion are decent, because European institutions said yes to a more than eight-percent parity revaluation in March.

"We do not see any big problems with this criterion," Valachy said. "The central parity was revaluated with agreement of the EC, ECB and all ministers of the eurozone member states of the European Community. Also, the ECB and EC did not complain about the occasional intervention of the National Bank of Slovakia on the foreign exchange market."

More problematic will be sustaining the inflation rates, Valachy said.