STARTING next year, auditors in Slovakia will get a new public control body for their profession: the Audit Supervision Office. The office will also bear the final responsibility for issuing certificates for the auditor's profession, including auditors and auditing companies into relevant lists, and adopting of auditing standards and a code of ethics, the SITA newswire wrote. 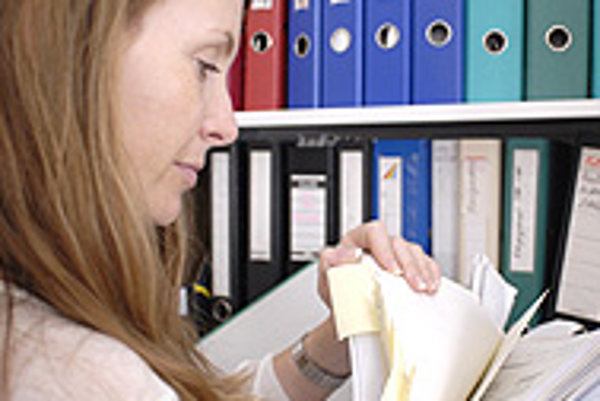 Font size:A-|A+
STARTING next year, auditors in Slovakia will get a new public control body for their profession: the Audit Supervision Office. The office will also bear the final responsibility for issuing certificates for the auditor's profession, including auditors and auditing companies into relevant lists, and adopting of auditing standards and a code of ethics, the SITA newswire wrote.

The Slovak Spectator spoke with the president of Slovak Chamber of Auditors, Ivan Bošela, about the new law establishing the office and recent activities of the chamber.

The Slovak Spectator (TSS): This spring, the Finance Ministry prepared a new law on supervision over the auditors' profession. In what way will this law change the work of auditors, or the Slovak Chamber of Auditors (SKAU) itself?

Ivan Bošela (IB): The law radically changes the work system of the current Slovak Chamber of Auditors, and it means the transition from self-regulation to the monitored regulation of the chamber. The Audit Supervision Office will take over extensive powers.

The bill has its positive and negative sides. I consider one positive side to be the fact that the existence of such a law proves the crucial importance and relevance of audits of financial statements on a global scale. It also proves the fact that this profession is a very complex activity in the public interest, which needs to be regulated, and that is also necessary to regulate the quality of people practising this job.

On the other hand, the negative side of this law is the fact that sometimes it deviates from the principles of supervision and leads to procedures that directly perform activities that don't have much to do with supervision. For the perfect functioning of the office, it is crucial to have direct minority representation of auditors in the supervision leadership. But the bill only accounts for one representative of the Slovak Chamber of Auditors in the managing body. These negative sides create a danger that this office will be bureaucratised in the future.

The most important thing will be the real implementation of this law in practice, and the Slovak Chamber of Auditors is ready to lend a helping hand in launching the activities of the office, including its international establishment.

TSS: Why did the Finance Ministry propose these changes, and in what stage of the legislative process is the law now?

IB: The amendment bill about auditors, audits, and the supervision over executing audits reflects the need to ensure compliance with the updated directives of the European Parliament and Council from May 17, 2006. This issue has so far been the subject of the Law on Auditors and on the Slovak Chamber of Auditors (law from June 26, 2002). However, this law did not meet all the requirements of the updated eighth directive of the EU. One month ago, this law was subject to cabinet debate, and it is now being discussed in the Constitutional-Legal Committee and in the Committee for Finances, Budget and Currency. Later on, it should be discussed in Parliament, and it should come into force on January 1, 2008.

IB: One of the most respected courses in the sphere of international standards of financial statements is the course organised by the Association of Chartered Certified Accountants (ACCA), based in London. Since 2005, the Slovak Chamber of Auditors has had a contract with this prestigious organisation about the education of its members by ACCA methodology with the support of the ACCA texts, and the course finishes with an exam evaluated by ACCA rules. The fact that the exam is really extraordinarily demanding is proven by the fact that since 2005, about 250 people have been trained in this system, and just 47 of them successfully passed this exam and got the certificate, and only 12 of them in the English language.

Auditors who get the relevant IFRS certificate have a comparable education with any auditor in the world. Even now, they can see their level of knowledge when they work with foreign investors. Many of them are actively involved in work with various expert commissions in the EU, and around the whole world. The IFRS is developing quickly, and its application has been firmly integrated into Slovak legislation.

TSS: Could you please explain which kinds of companies, and with which activities, the IFRS is used in Slovakia now?

IB: The IFRS has been compulsory since 2006 for all companies whose stocks are quoted on one of the European stock exchanges; financial institutions like banks, insurance companies, stockbrokers, pension fund management companies, etc.; and also big enterprises that fulfil at least two of the requirements: property and turnover of more than Sk5 billion, or more than 2,000 employees. Moreover, all companies liable for consolidation are committed to complete and present their account balance according to the IFRS.