Slovak art that bridges the decades

A NEW exhibit at the Bratislava City Gallery (GMB) examines Slovak art before and after the Velvet Revolution through the work of seventeen renowned Slovak visual artists.
The exhibit is Dreams Intersect Reality: Slovak Visual Artists in their Own Words, which opened on September 19, and its curator is Lee Karpiscak. 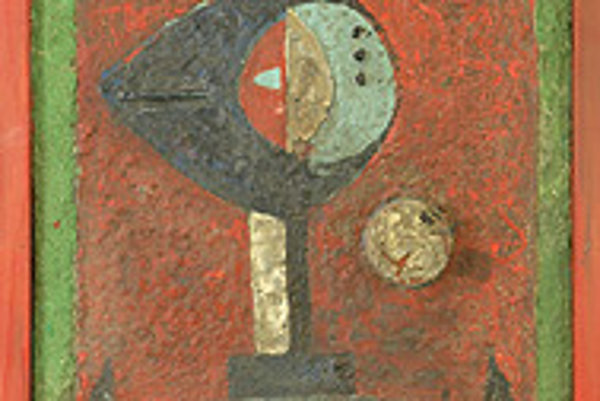 Font size:A-|A+
A NEW exhibit at the Bratislava City Gallery (GMB) examines Slovak art before and after the Velvet Revolution through the work of seventeen renowned Slovak visual artists.

The exhibit is Dreams Intersect Reality: Slovak Visual Artists in their Own Words, which opened on September 19, and its curator is Lee Karpiscak.

In her 26 years at the University of Arizona Museum of Art in Tucson, Karpiscak "created a collection of Slovak fine art that was more comprehensive than at practically any other museum in America," Ivan Jančár, the GMB's director, said at the exhibit opening.

In 2002, Karpiscak was honoured by Slovakia's Culture Ministry for her contribution to the promotion of Slovak art in the United States.

The artists whose works were exhibited range in age from the mid-40s to 80 and are some of the country's most respected names, including Jozef Jankovič, Rudolf Fila, Viktor Hulík, Dušan Kállay, Andrej Rudavský and Rudolf Sikora.

The exhibit opening also marked the launch of Karpiscak's book of the same name, which provides additional insight into the seventeen artists and their work. Karpiscak based the book on interviews she conducted in 2004 while in Slovakia as a Fulbright Scholar.

"I only provided the historical background in the book," Karpiscak told The Slovak Spectator. "The explanation of how Slovak art has changed over the decades is left up to the artists, who say it best in their own words."

American Ambassador Rodolphe Vallee, who was also on hand at the opening, praised Karpiscak and participated in christening her book with a sprinkle of salt - a reference to the Slovak custom for welcoming a new guest.

"It is because of Lee that America has seen the richness of Slovak art in the country's darker times and now," Ambassador Vallee said. "And it's because of her book that Slovak art doesn't stop at the Slovak border."

Karpiscak, whose husband has roots in the town of Myjava, recalled for The Slovak Spectator that her affection for Slovak art began in 1990.

"I studied prints and drawing," she said, "so Slovak printmaking really caught my eye. That's what inspired my first visit."

As she came to Slovakia more often, Karpiscak developed a familiarity with its arts scene, which lead to close friendships with many of its artists and a partnership with Ivan Jančár.

"Starting in 1992, Lee and I would meet in either Tucson or Bratislava just about every year," Jančár said. "She always gathered artists at the museum and her home who were interested in Slovak art and welcomed it with open arms."

Throughout her years at the Arizona University Museum of Art, Karpiscak also hosted Slovak artists and curators and organised exhibitions of Slovak art, such as East of the Danube, which opened in the spring before her retirement from the museum in 2002.

"It's been hard for Slovak art to break out on its own," Karpiscak said. "It is usually assigned to this whole region, which is actually made up of six or eight countries, but galleries of Slovak art are starting to open in Seattle, Santa Fe, Chicago, and Los Angeles."

And for the Slovak artists Karpiscak interviewed in her book, the profile she has helped build for them in the United States has brought them a level of international attention they might only have dreamed of in the past.

"These are excellent artists from the former Czechoslovakia who aren't well-known internationally because before 1989 they weren't allowed to exhibit abroad," Viktor Hulík, one of the artists featured in the exhibit and book, told The Slovak Spectator. "Lee is helping us make up for lost time."

What:Dreams Intersect Reality: Slovak Visual Artists in their Own Words
When:September 20-October 21; open daily except Monday, 11-18
Where:Bratislava City Gallery, Panská 19
For information about the exhibition and book, call Zuzana Böhmerová at 02/5443-2807 or e-mail to bohmerova@gmb.sk