Corruption down in Slovakia: NGO

THE RATE of corruption in Slovakia is on the decline, but it is becoming concentrated in areas such as justice, the police and medicine, according to the latest Corruption Perception Index from the Transparency International non-governmental organisation. 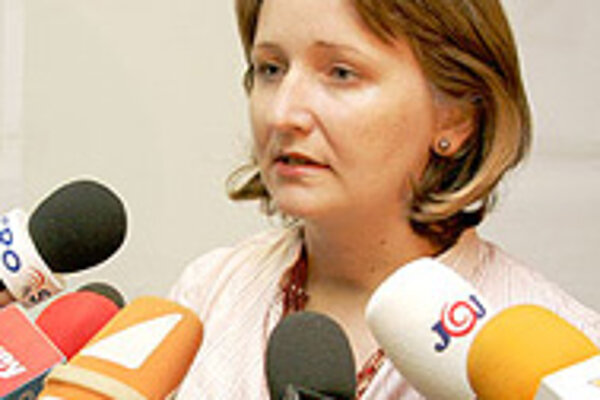 Font size:A-|A+0
THE RATE of corruption in Slovakia is on the decline, but it is becoming concentrated in areas such as justice, the police and medicine, according to the latest Corruption Perception Index from the Transparency International non-governmental organisation.

Pavel Nechala, the lawyer for Transparency International Slovakia (TIS), told The Slovak Spectator it's a change from the past, when the banking sphere was particularly affected by corruption in Slovakia.

"Now there has been a decline recorded there," he said. "The new areas affected by corruption include public procurement, the handling and managing of European funds, and the regional governments."

Medicine and the law and order sectors were also affected, he said.

"According to the poll by the FOCUS agency, corruption is one of the gravest problems in Slovakia," TIS president Emília Sičáková-Beblavá told the TASR newswire. "The poll also implies that every fourth Slovak citizen gave some kind of bribe recently."

Each year, the CPI measures the corruption situation in 180 countries. Using several polls, it sets an index for the countries using a scale of 0 to 10, with 0 being the most corrupt and 10 being the least corrupt.

Data from 14 polls gave Slovakia a figure of 4.9 for 2007, making it the 49th most corrupt country. It lagged behind its neighbours of Hungary and the Czech Republic, but it beat Latvia, Lithuania, Greece, Poland, Bulgaria and Romania.

The TIS also published a new report about the state of corruption in Slovakia, which was critical towards the inactivity of government in this field.

Nechala said the current government of Robert Fico has not taken many measures against corruption. The cabinet's keynote address gave little prominence to the fight against corruption, and it is not clear which specific measures the cabinet intends to take.

"It has not created a programme for the fight against corruption," Nechala said. "The cabinet members have just agreed that they want to form a working group, which only met once, so there have been no conclusions on how it should continue to work."

"The minister has been authorised to co-ordinate work on anti-corruption measures since April," he said. "The problem is that the current government has not yet introduced any conceptual solution for continuing the previous government's work to decrease corruption in Slovakia."

Interior Ministry spokesman Erik Tomáš objected to those views in an article in the Sme daily on September 27. He said the cabinet office is working on a study about the implications of anti-corruption measures taken so far. Only after the evaluation will the group really start working on updating the anti-corruption programme.

"In April, the anti-corruption department of the cabinet office was transformed," he said.

But Nechala said it's unusual if the cabinet office first probes the success of previous measures, then examines what should be done, because then there will only be a short time left to introduce those measures.

"All anti-corruption work will be delayed for two to three years," he told The Slovak Spectator.

He suggests the ministry could use a report from TIS, called the anti-corruption minimum, as a guideline for their strategy.

"We suggested a set of measures that are necessary, and to me they also seem unchallenged," Nechala said. "Thirty-three experts have prepared these measures."

However, Nechala said the current government still needs time to be better informed about the problems.

In July, Nechala told The Slovak Spectator that the government has focused on punishment for corruption instead of prevention.

"This government says it will punish perpetrators, so it means that it wants to improve enforcement," he said. "But that does not take care of other things, especially not systematically limiting the room for corruption."

"The point is that, in contrast to what the government declares officially, dealing with corruption is not its priority."

He pointed to a few examples: Justice Minister Štefan Harabin's questioning of the importance of the Special Court; no recordings made of the first cabinet meetings; politicians' relatives using government cars or ministers' unsound handling of public resources; and an increase in the number of political nominations to state-related positions.

However, Nechala also praised Fico's government for some steps he personally considers anti-corruption, including the Justice Ministry's efforts to shorten delays in court trials and publish court verdicts.

The best results Corruption Perception Index have been traditionally achieved by the Scandinavian countries. Denmark and Finland had the lowest rate of corruption, with an index of 9.4.

In the EU, "older" member states generally had better corruption scores than newer ones, except for Italy and Greece.