I GOT out of a taxi in Nitra and, with butterflies in my stomach, rang the doorbell of a family house.
"Hello, come in," said the man who answered. "My name is Petter, nice to meet you."
He was Petter Alexander Goldstine, a Norwegian-American photographer, journalist, and artist. 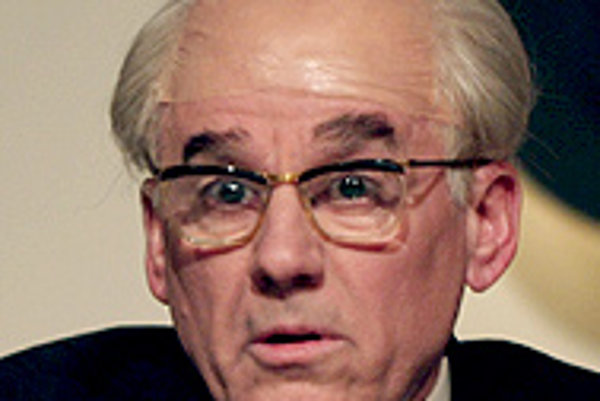 Font size:A-|A+0
I GOT out of a taxi in Nitra and, with butterflies in my stomach, rang the doorbell of a family house.

"Hello, come in," said the man who answered. "My name is Petter, nice to meet you."

He was Petter Alexander Goldstine, a Norwegian-American photographer, journalist, and artist.

"Hi, I'm Jana. Here is my contribution," I said, and gave him a bottle of red wine.

After introducing me to the other guests, Goldstine began The American Dream Today, a dinner party conversation that was part of the 16th Divadelná Nitra International Theatre festival, which ran September 21 to 26.

Goldstine's piece is essentially a discussion in an intimate atmosphere over a home-cooked meal. The topic is the American dream and how it compares to those of the guests.

The conversation is an extension of a project in which Goldstine travelled across the United States asking people about their dreams for the future.

At the Divadelná Nitra festival, part of the discussion centred on the difference between Americans' and Slovaks' dreams.

"The difference is in the approach," Goldstine told The Slovak Spectator. "In the United States, we grow up with this question and even write essays about it in school. But in Slovakia, or Europe in general, it is more of an intellectual discussion."

The discussion switched topics as the constellation of guests changed and new dinner parties began. There were seven dinner parties in total during the festival, which brought up a range of issues and reactions.

The American Dream Today was completely different from the 12 other projects on the festival's main programme.

The guests included festival directors, reviewers, and representatives who were eager to see if any Central European productions, especially those with plots about the region's history, would be suitable for producing abroad.

This confirmed the festival's status as not only the biggest theatre festival in Slovakia, but also an important forum for the best drama from across Europe, Kárová said.

Of the Slovak productions, Dr. Gustáv Husák, Prisoner of Presidents - President of Prisoners, attracted the most attention, Kárová said, recalling interest in it from French and Finnish guests.

The play, which was written by contemporary Slovak playwright Viliam Klimáček and directed by Martin Čičvák, profiles Gustáv Husák, the strong man of the Czechoslovak political scene from 1975-1989. It received standing ovations.

Most of the Slovak adult population remembers Husák, who died in 1991, in their own way, yet a discussion with Čičvák and historian Ivan Kamenec the morning after the play's performance provoked a lively discussion. Some of the audience had excepted it would stick to the facts, while others were looking for just a portrait of that period in time.

"We wanted to portray Husák the 'normaliser' rather than the man," Čičvák said, referring to the Normalisation Period, which followed the crackdown on the Prague Spring and that Husák was put in charge of enforcing.

Other plays that were met with standing ovations included Don Carlos by Friedrich Schiller, performed by the Deutsches Theater Berlin; Polish-German production Transfer!, directed by Jan Klata; and Croatian production From the Other Side, directed by Nataša Rajković and Bobo Jelčić.

"The choice by the creators of Transfer! of a documentary format that included testimony by witnesses to the expulsion of Poles and Germans along the countries' border after the Second World War was very effective and emotional," Kárová said.

The Hungarian production The Queen of the Cookies, directed by Béla Pintér, was another play that captured foreign guests' attention. Its plot dealt with domestic violence.

And for the first time, one of the productions was created specifically for the festival. Middentity was an examination of Central European identity by seven directors from seven countries. This new term, which is a combination of 'identity' and 'middle', provided the festival's subtitle and theme.

As usual, the Dosky Awards for achievement in Slovak theatre were given out on the festival's opening day.

The State Theatre Košice received the two most prestigious awards, Best Play and Best Director, for the comic ballet Svadba podľa Figara (Mozart), in English Marriage According to Figaro (Mozart), directed and choreographed by Ondrej Šoth.

The Best Actress award remained "at home", going to Zuzana Kanócz for her performance in the title role of Portia Coughlan at Nitra's Andrej Bagar Theatre. The play was on the main programme of the Divadelná Nitra festival.

Martin Huba received the Best Actor award for the role of Henrik in Popol a vášeň (Embers), a production by the Slovak National Theatre (SND) in Bratislava. The SND scored two times this year, also receiving the award for Best Costumes.

For more photos from the festival and an interview with Petter Goldstine, go to www.slovakspectator.sk

The Slovak Spectator spoke to Petter Alexander Goldstine about his project, The American Dream Today, which was part of the programme of the 16th annual of the Divadelná Nitra Theatre Festival. The project brings together guests at a "dinner party" and asks them to share their dreams for the future. Seven dinner parties were held at the festival in Nitra.

The Slovak Spectator (TSS): Why did you decide to make such a personal performance?

Petter Goldstine (PG): Richard Scheckner, a performance theorist at Columbia University, writes: 'the personal is the new political.' Not that this is why I made such a personal performance, rather to put it in some sort of context. I can only talk about what I have experienced and what I know. Nothing more. My works come from my own experiences in this world. I try not to assume anything else, and if I were to begin making work based on others' experiences it would be secondary and less meaningful for myself and my viewers.

TSS: Are guests willing to disclose their dreams at a dinner party at which they usually know almost nobody?

PG:It's interesting, a group of people, journalists, five of them, who attended one of the earlier productions of The American Dream Today, said that it was more difficult to talk about their dreams in front of their colleagues. This was affirmed by their constant joking around, and avoidance of topics which revealed their vulnerabilities.

Normally, yes. People talk about their dreams, or some of them. We all have many dreams, some of which we don't want to release into the world yet and some of which we feel comfortable sharing.

TSS: What were reactions of guests attending your productions during the Nitra festival?

PG: It varies from dinner to dinner. The constellation of the guests determines what we talk about and the reactions. For instance, one evening it was mostly younger people in their early 20s. We talked a lot about

travelling and experiencing the world. On another evening it was made up of mostly professional women in their late 20s or early 30s. The conversation consisted mainly of social pressures on our dreams. Where do our dreams come from and what is it that we really want? A last example was a mostly international group from Germany, Poland, Hungary, the Czech Republic and Slovakia, where we talked a lot about the society in each of our respective nations, the view of dreams and the American dream and ended with talking about our own individual dreams.

The themes of conversation during the dinner parties here don't seem so different from those I had in Norway. In a sense we are all of a similar culture. I can only wonder what it would be like if I were invited to India, China, Namibia, Iran or Colombia.

TSS: It is possible to make some comparison of the dreams of people you met in America and Slovakia?

PG: The difference between the dreams of people in the USA and Slovakia isn't apparent, however the approach to the question is different. In the United Stated we have grown up with this question, even having written essays on it when we were children. Here in Slovakia, or Europe in general, there is more intellectualising of the question. What is the difference between a dream and a goal or an ambition? There is a superstition that sharing your dreams voids them, much like how you don't share your wish when you blow out the candles on your birthday cake.

The dreams, however, seem to be similar, depending on social class, age and educational background.

PG: For me? Yes, dreams are my life force in many ways. I daydream all the time. These dreams are often the basis for my art. Other dreams I have are those which pull me through life, giving me purpose in this chaotic, confusing world.

But it is also equally important to let go of dreams, when they have served their purpose or when new opportunities arise, when our life changes.

TSS: Did you learn something new about your own dreams during the parties?

PG:I am always learning new things through my projects. I learn about other people and my relationship to them. I learn about how we influence each other and how important it is to listen and ask questions to be certain that I understand others.

TSS: Will you continue with this project? If not, on what are you working now?

PG:It seems as if there are people in Hungary and Germany interested to invite me there. It would be wonderful if that worked out. Many people say that they would like to see a book from this material. If an editor approaches me wanting to put something together, that would be great.

However, in the meantime, my work has been in the process of changing ever since I returned from the United States. My interests seem to be leading me towards this area between the human environment (the cities and buildings we create) and the "more-than-human environment" (the forests and mountains). I'm reading world mythologies, specifically work by Joseph Campbell, and the connection between these mythologies from Christian to Hindu, Muslim and indigenous folk tales. I'm still interested in the role of the individual in society, but perhaps I am now more curious as to how we got here, and what we have gained or lost along the way; ultimately how we can continue to grow as a species.