SIR BEN Kingsley is one of the world's most respected actors. His dramatic command, humanism, and commitment to character won him an Academy Award for Ghandi (1982) and nominations for his portrayals of a hardened gangster in Sexy Beast (2000) and a devoted family man in House of Sand and Fog (2003). 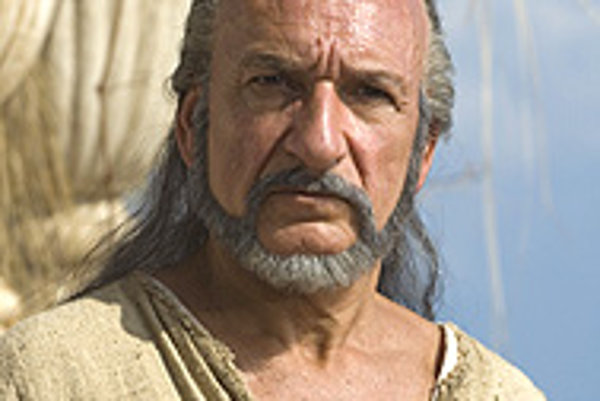 Font size:A-|A+0
SIR BEN Kingsley is one of the world's most respected actors. His dramatic command, humanism, and commitment to character won him an Academy Award for Gandhi (1982) and nominations for his portrayals of a hardened gangster in Sexy Beast (2000) and a devoted family man in House of Sand and Fog (2003).

His most recent movie to be released in Slovakia is The Last Legion (Posledná légia), which ties the legend of King Arthur and the rise of the British Empire to the final days of the Roman Empire. Kingsley plays Ambrosinus, tutor to the young Augustus Romulus, the last emperor of Rome. His co-stars include Colin Firth and Bollywood star Aishwarya Rai.

The Slovak Spectator recently spoke to Kingsley about the movie, part of which was filmed at Spiš and Červený Kameň castles.

The Slovak Spectator (TSS): First of all, I read you were married recently. Congratulations.

TSS: What attracted you to the script?

BK: This story connects the court of King Arthur, which is part of British history, with the collapse of the Roman Empire. And it's all this beautiful circle seen through the eyes of a child. It makes this history accessible to young people, and it's really all about beginnings and endings. The script was great and the cast was wonderful. It also gave me the opportunity to work with [producer] Raffaella De Laurentiis, from the De Laurentiis dynasty.

TSS: This film was independently financed. Is that different from an actor's point of view than doing a studio film?

BK: It is because on independent films there's one or two guiding voices, whereas studio films have 12, because they're made by committee. On this movie, there was just Raffaella, so there was a focus that kept it from losing direction.

TSS: Was this your first time working with Colin Firth? He's also quite famous in Slovakia because of Bridget Jones's Diary.

BK: No, we worked together before, but in television. He's great to work with - very focused, passionate, and strong.

TSS: In this film you play Ambrosinus, the tutor to the young Romulus Augustus. What were the challenges in bringing him to life?

BK: It was a beautiful thing because this character carries a secret - his true identity - that's not revealed until right at the end of the film, so that was very exciting.

BK: Well it's a good story and if a film is well written, as this was, it's fun.

TSS: Your son, Ferdinand, had a role in this film.

BK: That's right. There are flashbacks about my character and Ferdie plays a druid that's actually me at a young age. We decided to do that instead of using a digital enhancement of my features on another actor. But he's a damn good actor, and at drama school right now, and the cast was great to him.

TSS: Part of this film was shot at Spiš and Červený Kameň castles. What was your impression of Slovakia?

BK: Slovakia was supposed to represent ancient Britain and, with the fog and the mist the visual effects artists added, it was very inspiring. I took some walks around the town or up to a church at the top of a hill, and it was just beautiful.

TSS: What about Slovak people?

BK: I didn't meet any locals, but a Slovak team of actors was in the battle scenes, which are vital to the film, and they were very intelligent and hard-working. They moved their shields and weapons like one animal, and rode horses great. They also ate with us in Slovak restaurants because we banded together like real warriors.

TSS: Would you come back to Slovakia?

BK: Absolutely. Slovakia was wise enough to welcome us with open arms ...

TSS: Which is interesting because most Slovaks these days, at least in the west, associate large groups of British men with stag parties.

TSS: And most people think of Prague as the capital of film in Central Europe.

BK: But capitals change. And the film industry's growing. From what I saw, Slovakia definitely has a chance.

The Last Legion (Posledná légia) comes out in Slovak cinemas on October 4.