STV troubles still not over

AN INVESTIGATION into the troubled Slovak Television public broadcaster has determined that the network's news organisation has no strategy and blamed the editor-in-chief for its problems. 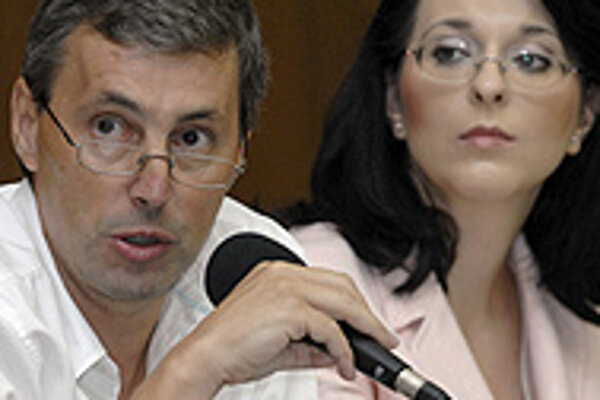 Font size:A-|A+
AN INVESTIGATION into the troubled Slovak Television public broadcaster has determined that the network's news organisation has no strategy and blamed the editor-in-chief for its problems.

The investigation by media analyst Stanislava Benická was launched by STV director general Radim Hreha after nine journalists left the broadcaster between May and August, citing political interference in their work. The report was released on the Mediálne.sk website on October 4.

The core of the problem was identified as editor-in-chief Ján Šmihula. In total, 12 people left STV because of him, the report said.

"The personal breakdown has weakened the potential of the news team," the report says. "The way the news team is managed offers no guarantees that this situation will not repeat itself. If (Šmihula) stays in the position, it will continue to lead to doubts about the independence of the STV newscast."

The report further states that the former deputy editor-in-chief, Miriam Žiaková, has enough experience and skills to turn the newscast around. However, Žiaková recently left the news team and Šmihula is still there.

Žiaková is now head of the PR Department.

"The weakening of (Šmihula's) professional reputation casts considerable doubt on his ability, professionally and morally, to change the things for the better," the report said.

Benická told The Slovak Spectator that if Šmihula is not been replaced, the crisis will deepen.

STV spokesperson Želmíra Habánová said in spite of the report's recommendation, it is not necessary for Šmihula to leave his job.

"The report points out many flaws and reservations about the way the newscast is managed," she told The Slovak Spectator. "The director general gave the editor-in-chief a deadline of several weeks to set them right.

"The task of the report was not to propose a personnel solution, but rather to pinpoint flaws and to propose ways to remove and correct them, and this was accomplished."

STV Council member Miroslav Kollár said the report confirms what many people have known since the summer. The only difference is that its conclusions are supported by analyses.

"The report states that the newscast does not work as a whole, neither from the systemic nor the organisational point of view," he told The Slovak Spectator. "This summer's events have weakened the credibility of the STV."

The vice-chair of the STV Council, Peter Malec, echoed those criticisms.

"In the last two months I have been very disappointed, as almost every week, something happens in the STV that is either strikingly uncontrollable or an evident amateurism," he told The Slovak Spectator.

But Malec worries that if Šmihula was dismissed, the current management would put someone worse in his position, he said.

As HZDS spokesman, Háber dismissed critical diplomatic statements sent to Slovakia from the EU and the US in 1995 by comparing them to statements sent by the leaders of Nazi Germany and the Soviet Union. Later, he worked as an editor of Mečiar's daily newspapers, in which all views that opposed Mečiar's HZDS were attacked fiercely.

Háber currently works in the press department of the HZDS-controlled Agricultural Ministry.

"The STV chose Háber to host it based on the results of screen tests," she said. "Háber did not inform the STV team that for some time, he had also been the spokesman for the HZDS."

The broadcaster does not intend to co-operate with Háber in the future, she added.

"He does not fulfill the basic professional criteria for hosting such programmes in public television," Habánová said.

It's not out of the question for a former party spokesman to work in a public medium, media analyst Andrej Školkay told The Slovak Spectator. However, he said that wouldn't apply to Háber.

"Háber has already been compromised by his journalistic activities in the eyes of people who have a rational instead of emotional attitude, and who have tolerant stances, so he is not the best candidate for a television broadcaster working for a wider - or maybe the widest possible - public," Školkay said.

"In particular, it leads to speculation that the previous statements of (HZDS MP) Milan Urbáni about the division of influence in the STV under the auspices of Hreha were closer to the truth than we thought, and than the people involved admitted," he added.

Urbáni was quoted by the Sme daily on January 8 as saying, "We made an agreement that one part of the political spectrum would control certain spheres. So we wanted the newscast. We offered the guarantee that our person would be professionally up to the standard, and that they would make the newscast in a way it should be on public television."

The STV also broadcast a political debate on the spread of the bark beetle on August 31 that was paid for by the Environment Ministry.

The debate on possible solutions to the beetle problem didn't have a single political opponent.

The ministry is currently in the middle of disputes with environmental organisations about solutions to the bark beetle problem. The NGOs have been accusing the ministry of negligence.

Meanwhile, employees are still leaving STV. Most recently, Miroslav Stacho, the head of the creative department, announced his departure after a misunder-standing with STV management.