IF SLOVAKIA hoped that its market could dodge the rising grain prices that have already distressed consumers worldwide, it was wrong.
Slovak consumers are already paying more for bread, eggs and milk, and food prices in Slovakia are likely to continue climbing by 10 to 20 percent, the Slovak Chamber of Food and Agriculture said. 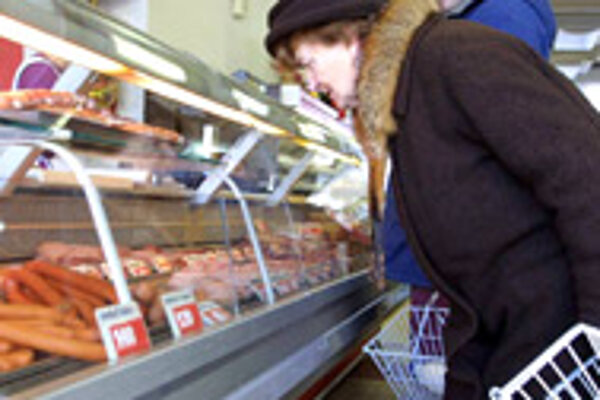 Font size:A-|A+0
IF SLOVAKIA hoped that its market could dodge the rising grain prices that have already distressed consumers worldwide, it was wrong.

Slovak consumers are already paying more for bread, eggs and milk, and food prices in Slovakia are likely to continue climbing by 10 to 20 percent, the Slovak Chamber of Food and Agriculture said. And prices might increase by up to 30 percent over the next three or four years, according to market watchers.

Farmers and retailers say dipping grain stocks, natural conditions, more demand from developing countries and the production of bio-fuel are to blame, leaving them with no choice but to pump up their prices.

"Neither the domestic farmers nor the food producers are the ones who inflate the prices, but the global market, which Slovakia became part of after it entered the EU," Stanislav Nemec, spokesman of the Slovak Chamber of Food and Agriculture, told The Slovak Spectator.

For decades, the world has been consuming more grain than it has been producing, so its reserves have dropped to record lows over the past 20 years, Nemec said.

"Droughts in several important producer countries and areas have also contributed to this negative development, along with the increasing demand from developing countries not only for grain, but also for other food products including milk," he said. "Also, biofuel production programmes have been intensifying, which is sucking away some of the basic products from agriculture."

As far as Slovakia is concerned, Nemec said its market dynamics will not entirely mirror those in the most developed countries, and to a certain degree they will still retain some "national" character. But he said he's certain the country will be affected by the growing demand and drop of grain stocks.

"When we negotiate with our suppliers, we'll be happy if the price increases remain at that level," Csollár told the SITA newswire.

But it will be up to the large retail chains to determine which commodities will be most affected by the increase, Nemec said.

"They are selling thousands of different products, including non-food goods, and with different combinations of their profit margins they can significantly influence the level of consumer prices," he told the Spectator.

Flour, poultry, milk and edible oil suppliers have already indicated that they will increase their prices by 10 to 15 percent by the end of this year, Csollár told SITA, adding that the price climb will likely stop at that level.

Flour suppliers have been announcing an increase since August. Grain purchase prices have been rising by 40 to 50 percent worldwide, which puts pressure on flour prices and subsequently on prices for flour products, particularly bread, according to Nemec.

"The price of this product has been gradually growing," Csollár said. "Compared to the purchase prices in August 2007, the price suggested by the suppliers for November is an increase of up to 20 percent."

Retailers have said that one tonne of wheat currently costs Sk7,000. In about a month, the price might climb by another Sk1,000, economic daily Hospodárske Noviny wrote.

The increasing prices of fodder will also affect livestock farming. In Slovakia, the production of poultry, beef and pork, along with milk and dairy products, will be hit, Nemec said.

There was already a shortage of poultry in June, and suppliers have been gradually elevating their prices, he said.

Edible oil suppliers have also been announcing gradual increases to their prices, which might climb by as much as 15 percent.

Slovak food producers simply have to get used to the fact that in a globalised market, the relationship between supply and demand, and not just production costs, will have an impact on food prices, Nemec said.

The climbing grain prices will affect the Slovak market over the long term, and farmers and food producers are aware that they will not be able to maintain the lower level of food prices in Slovakia.

"The increase of food prices is not a temporary phenomenon, but it is caused by global developments on the agricultural commodities market," the Food Chamber of Slovakia, an organisation that represents food producers, wrote in an official statement.

The chamber has appealed to all the involved parties to take a responsible approach towards price policies, and not introduce unjustified price inflations.

"The increase of prices for agricultural products in Slovakia does not reflect the real growth of expenses for their production," the chamber wrote on its website.

Coop Jednota, which operates more than 2,400 stores, has also called on its suppliers to maintain an "objective price level, both prior to and after the adoption of the euro."

In a Bratislava supermarket, a kilo of flour is sold at about Sk12, while Slovak customers can buy a kilo of chicken at Sk76. A litre of semi-skimmed milk costs between Sk20 and Sk22. Ten eggs cost approximately Sk40 while retailers charge between Sk40 and Sk50 for sunflower oil and Sk45 for rapeseed oil.

The government could also contribute to the more stable development of agriculture by a "more balanced distribution of resources within the agricultural industry, as well as appropriate laws, while price stability, economic growth and employment present important goals for all the key players," according to the food chamber.