THE MARKET is still waiting for reassurance from Eurostat to calm its jitters over reports that the EU statistics authority might ask Slovakia to revise last year's public finance deficit data, which could harm the country's chances of adopting the euro on time. 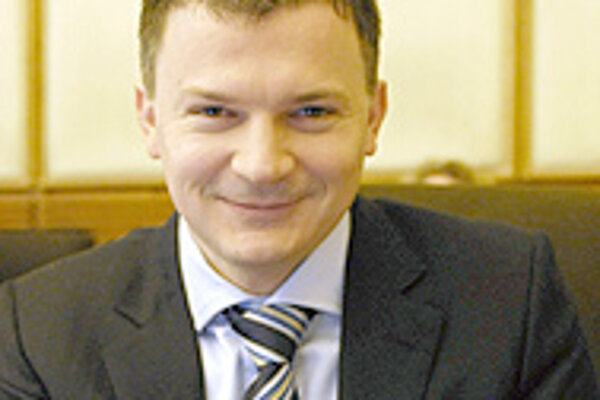 Font size:A-|A+
THE MARKET is still waiting for reassurance from Eurostat to calm its jitters over reports that the EU statistics authority might ask Slovakia to revise last year's public finance deficit data, which could harm the country's chances of adopting the euro on time.

But Prime Minister Robert Fico and Finance Minister Ján Počiatek say they are confident that Slovakia will keep its public finance deficit under three percent of the GDP in order to qualify for the euro in January 2009.

Eurostat is expected to release its data on Slovakia's deficit performance in mid-October.

"Regardless of the Eurostat reports, Slovakia will meet the Maastricht criterion of the general government deficit," Finance Ministry spokesman Miroslav Šmál told The Slovak Spectator. "We have enough of a reserve."

However, the Finance Ministry has not yet answered the question of whether Slovakia can launch its highway projects involving the public-private partnership (PPP) model without threatening its prospects of meeting the public finance deficit criterion. The market has been waiting for a word from Počiatek for more than a month.

The general government deficit was at 3.39 percent of the GDP last year, according to data from the Slovak Statistics Office. But Eurostat has reportedly concluded that the figure must go up by 0.7 percentage points, because it didn't include budget figures for the public service media, the National Highway Company and other public finance items.

Slovakia planned a public deficit for this year - which EU bodies will take into account when they assess Slovakia's euro readiness - at 2.94 percent of the GDP. The figure is just below the threshold of three percent of GDP required as a Maastricht condition for euro adoption. If Eurostat demands a correction to these calculations, even the slight increase could put the general government deficit for 2007 under pressure.

The Slovak currency has already recorded some dramatic slips in the last week, crossing the Sk34-per-euro threshold on October 2.

"We expect the tensions will continue on the back of this (Eurostat) postponement," Viliam Pätoprstý, chief analyst with UniCredit Bank, told The Slovak Spectator.

"The current weaker levels of the Slovak currency have already absorbed most of the negative sentiment on the Eurostat issue, however there are also discussions on how the PPP model will affect the sustainability of the public finance deficit in the coming years," he said. "These discussions are fuelling the market mood with further uncertainty."

Analysts didn't expect the proposed PPP highway plan, an ambitious project worth Sk150 billion (€4.4 billion), so it might worsen the country's sustainability outlook.

"While it isn't very imminent, it is certainly an extra risk to euro adoption, in our view," Pätoprstý said.

On October 3, Fico said he was surprised that Eurostat had not yet released the data.

"We have used all the available means to get the Eurostat statement," Fico told a press conference after a regular cabinet session.

But Eurostat's decision is not being delayed - the final data is scheduled to be released on October 22, a date that was set in advance for all the countries, Juraj Valachy, an analyst with Tatra Banka, told The Slovak Spectator.

"I think that (Slovak officials) were only supposed to receive some internal information by Monday (October 1)," Valachy said. "Perhaps it is true that the negotiations (between Slovak officials and Eurostat) will be more complicated than expected, but I do not have any information that anything should have been officially released by now."

The prime minister said that even without the Eurostat statement, his government will do all that is necessary to meet the Maastricht criteria.

"The state budget has been developing very well," Fico said, as quoted by the SITA newswire. "Eurostat is a piece of cake for us and we will manage (meeting the deficit criterion) without problems. We just need to be done with this."

Next year's budget already shows that eurozone entry is cabinet's strategic priority, Fico said. But he added that Slovakia expects fair treatment from the European institutions, and if Slovakia meets the criteria it should be let into the eurozone.

"Nobody has put political criteria on paper, but we are hearing them," Fico said.

The Slovak currency has weakened by 50 hellers since doubts around the public finance deficit first surfaced, Valachy told The Slovak Spectator.

It is hard to tell whether the drop was only caused by the deficit uncertainty, because the whole region has been fluctuating. But while the currencies of the neighbouring countries were gaining strength, the Slovak crown was getting weaker, and that can be attributed to this uncertainty, Valachy said.

This problem might become more serious if currencies of the neighbouring countries start weakening, dragging down the Slovak crown as well, he said.

Meanwhile, the country's top economists and market watchers expressed less confidence in Slovakia's chances of adopting the euro on schedule, said the Institute for Economic and Social Reforms (INEKO) and the Club of Economic Analysts (KEA). The groups conduct regular polls on the country's euro prospects.

The perceived likelihood that Slovakia will adopt the euro in 2009 decreased to 70 percent in September, from 77 percent in August, according to the latest monthly INEKO survey.

Recent developments around the public finance deficit and the government's plans to use private funds to help build highways have taken a toll on analysts' confidence.

"It's the first substantial decrease since September 2006, when INEKO, in co-operation with the KEA, began to probe the opinions of economic analysts about euro adoption," KEA analyst Peter Goliáš told the TASR newswire.

However, Pätoprstý said that most of the poll participants were too optimistic about the fiscal issues before.

"We noticed the risks of hidden debts for 2007 - not only the highway company, but also health care debts and railways debts - and therefore we already saw the overall adoption likelihood slightly below 70 percent before," Pätoprstý said. "We are keeping our projections unchanged and waiting for the risks to materialise (i.e. to see how much and what kind of debts Eurostat will include) to see whether there is a need to update the forecast."

Most of Slovakia's current policies seem to pursue short-term savings at the expense of more long-term liabilities, the World Bank's economist for Slovakia, Anton Marcinčin, was reported as saying in the survey.

Structural reforms are vanishing into thin air, he said, according to TASR.