THERE is no better time for Slovaks working abroad to come home - at least according to the country's labour officials, who see the thousands of expat workers as a way to ease Slovakia's labour crunch. 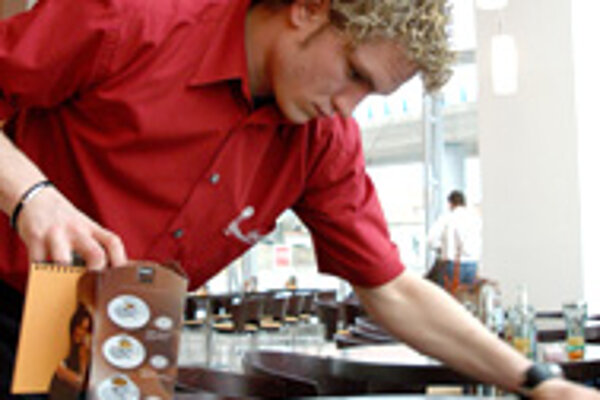 Font size:A-|A+
THERE is no better time for Slovaks working abroad to come home - at least according to the country's labour officials, who see the thousands of expat workers as a way to ease Slovakia's labour crunch.

A new campaign from the Slovak Labour Centre will promote the advantages of working in Slovakia, so that those who left the country in hopes of better jobs and higher pay might now consider coming back home.

Many people who left the country over the past couple of decades might no longer find the dramatically poorer working conditions that existed in Slovakia when they left, labour market watchers said. They also say the growing car industry offers more opportunities that weren't there before.

Officially, more than 170,000 Slovaks are working abroad, said Ján Sihelský, the general director of the Centre of Labour, Social Affairs and Family.

Young people are still interested in leaving the country to find long-term employment abroad. According to an online survey by the Profesia.sk job search website, only 15 percent of young respondents said they would not want to leave Slovakia for work.

But most Slovaks who work abroad do so on a temporary basis, meaning it's possible to help address Slovakia's labour shortage by offering them full-time jobs here, labour experts say.

"Ninety percent of the Slovak people working abroad are working abroad temporarily," Gerard Koolen, managing partner of the Lugera & Makler personnel company, told The Slovak Spectator. "They mostly leave to gain new work experiences and have some adventure. They take a seasonal job to make enough money within a couple of years to buy a house or apartment."

Quality of life is high in Slovakia, and many Slovaks working abroad find out that Western Europe is not always the ideal place as they thought it was, Koolen said.

"Once people have some foreign experience they are able to compare, and they often realize that Slovakia is a great place after all," Koolen said.

But when they learn what living and working abroad actually means in terms of foreign language and local knowledge, they either change their minds or make use of short-term stays to earn money, said Mariana Turanová, managing director of the Target Future personnel company.

"I am talking about people who work in Ireland or Great Britain," Turanová told The Slovak Spectator. "They do not plan to stay abroad, as they cannot imagine assimilating into the local community, and the British environment certainly does not make it easier for them. So they stay for a couple of years and then they come back enriched with language skills and experiences."

The situation is slightly different for top managers, whose motivation to take jobs abroad is mainly linked with professional growth, Turanová said.

Human resources professionals agree that the number of Slovak top managers working abroad is not alarming.

"They spend more time operating in two or three countries, but after a certain time it drags them back home," Turanová said. "The question is whether they can break through on the small Slovak market."

What would it take?

Some things that could motivate Slovaks to come back to Slovakia include the improving quality of life, substantially lower cost of living and increasing wages, HR experts say.

That said, Slovakia has one of the lowest average wages in the European Union, Koolen said.

If people from southern Slovakia are commuting every morning to jobs in Hungary, but a company in nearby Galanta has problems finding employees, there is an imbalance, said Luboš Sirota, director general of the Trenkwalder personnel agency.

"Salaries in Hungary, the Czech Republic and Slovakia are becoming more balanced, but people are used to saying they get paid better there, even though they have not searched for jobs over the past few years," Sirota told The Slovak Spectator.

The advantages of working in Slovakia will appear when salaries become more balanced, but geographical ties and being closer to family and friends are other benefits, Sirota said.

The car industry has been doing the most to try to balance salaries in Slovakia and the Czech Republic, so the car industry will definitely start bringing people back home, he said.

Koolen said blue collar workers, such as welders, turners, machine operators and so on, would be most likely to find their way back to Slovakia.

People who commute daily or travel weekly to work in neighbouring countries, and young people who leave for countries like Ireland, UK or the United States to gain their first working experiences, might return home under certain circumstances, said Miroslav Poliak, partner with the Menkyna & Partners personnel firm.

However, he is skeptical of whether Slovaks returning home could do enough to solve the labour shortage problem.

"Of course, it would be helpful if all the Slovaks working in various companies in the Czech Republic or in Hungary worked in Slovak factories," Poliak told The Slovak Spectator. "However, we can only expect this to happen after differences in salaries are lifted up to a level that no longer makes it attractive for people to travel for work and be without family and friends."

Slovakia would be able to keep young people here if they did not have to deal with issues of financial survival when they take their first jobs, Poliak said. Because they do, it is natural that they would choose to leave for the first three or five years to work abroad, where they work in different jobs than they would in Slovakia but earn enough to buy apartments when they get home. After that, they start considering their career on the domestic market, Poliak added.

"There are thousands of Slovaks who take this path, and they are the ones that Slovakia often lacks," he said.

Salary is not always the most important factor in drawing them back home, Poliak said. Other benefits such as housing, accessible mortgages, good career opportunities, access to new technologies, and investments into training and education can work as stronger motivations in the short-term.