IS THE legend of Jason and the Argonauts fact or fiction? And, if fact, did the Argonauts visit what is now Slovakia during their quest for the Golden Fleece? 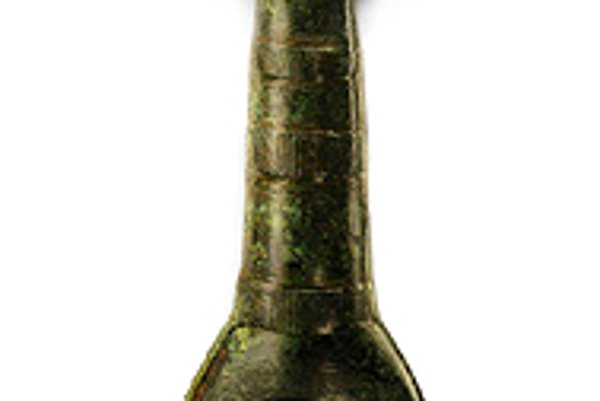 Font size:A-|A+0
IS THE legend of Jason and the Argonauts fact or fiction? And, if fact, did the Argonauts visit what is now Slovakia during their quest for the Golden Fleece?

A team of archaeologists worked with prominent historian Pavel Dvořák to answer these questions. The result is an exhibit entitled The Great Quest for the Golden Fleece that is now on display at the Slovak National Museum. The exhibition uses various media to show how Jason led the Argonauts across almost the entire known world at that time, possibly including, according to Dvořák and the Slovak archaeologists, Slovakia.

Argonauts dominates the hall of the Slovak National Museum (SNM) holding the exhibition. The ship is a replica of The Argo, which lent its name to the Argonauts.

Slovak and English texts, showcases of archaeological findings and TV screens along the walls document the contact between the ancient Greek civilization and the civilization occupying what is now Slovakia.

The legendary aim of the voyage of the Greek heroes was to return the fleece of Aeson's ram to Iolcus. After many adventures, and with the help of the gods, the Argonauts had captured the fleece and were returning home.

When the king of Colchis, on the south-eastern coastline of the Black Sea, started to chase them, the Argonauts fled to the Danube delta and through its northern arm they penetrated the Balkan peninsula. It is possible that their route took them via what is now Slovakia, acquainting the Argonauts with the life of Slovakia's Bronze Age inhabitants.

The display documents this theory via the most important Slovak archaeological sites of the Bronze Age. These include Mýtna Nová Ves, Radzovce, Komjatná, Myšia Hôrka, and Nitriansky Hrádok, also called the Slovak Troy. Among other things, they display such precious findings as the "dragon's teeth" mentioned in the tale (a tooth of a Cainozoic shark found in Radzovce), a necklace from shelves of molluscs living in the Danube delta and other jewellery and items linking the territory of Slovakia with ancient Greece.

The golden fleece is not missing either. Nowadays it is a symbol, but in the past fleece was used to pan for gold, and thus the quest for the Golden Fleece can be understood as a search for precious metals.

The exhibition again shows how exciting history can be.

What: Great Quest for the Golden Fleece
Where: Archaeological Museum of the Slovak National Museum, Vajanského Street
When: daily, expect Monday, from 10:00-17:00 (last entry at 16:30) until October 31
Admission: Sk50, Sk100 (includes entry to all other permanent and temporary exhibitions)