THE ARREST of 11 Slovak neo-Nazis in the Serbian town of Novi Sad shows that the number of these extremists is growing in Slovakia and police are not doing enough to stop them, some experts say.
On October 7, about 20 Slovaks took part in a neo-Nazi demonstration in Novi Sad. They came to support Serbian neo-Nazis from the National Guard group. 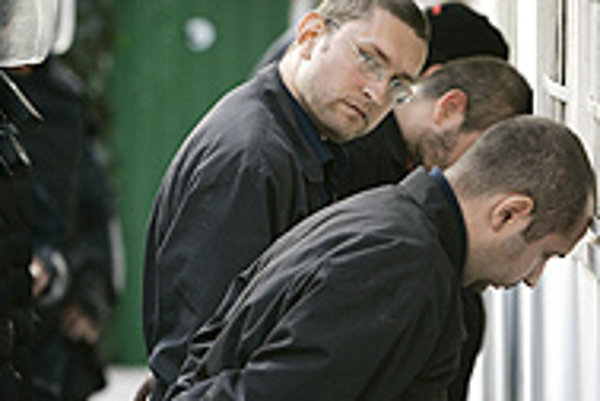 Font size:A-|A+
THE ARREST of 11 Slovak neo-Nazis in the Serbian town of Novi Sad shows that the number of these extremists is growing in Slovakia and police are not doing enough to stop them, some experts say.

On October 7, about 20 Slovaks took part in a neo-Nazi demonstration in Novi Sad. They came to support Serbian neo-Nazis from the National Guard group.

The demonstration was held to honour the anniversary of the birth of Heinrich Himmler, the German fascist official who was in charge of the concentration camps during the Second World War. Participants also wanted to protest against the potential separation of the Serbian province of Kosovo.

"From Slovakia, maybe about 20 neo-Nazis came," Pavol Domonji, head of the Novi-Sad organisation Helsinki Committee for Human Rights, told the Slovak daily Pravda on October 9. "They hit me with a piece of concrete when our anti-fascist march passed the Army House, where the neo-Nazis were gathered behind the fence."

This group is known for inciting hatred and intolerance in Novi Sad. In the past, its members raided anti-fascist meetings. Some of them were charged and sentenced to one year in prison.

The Slovak neo-Nazis were detained and interrogated by Serbian police, but they were not charged. They were released from jail and sent out of the country.

The Serbian radio station B92 and Tanjug press agency reported that the Slovaks had fascist Nazi symbols on them, like fascist flags and swastikas, and knives and other weapons.

Slovak police received the names of the arrested neo-Nazis from their Serbian counterparts.

"We asked our Serbian colleagues to give us more detailed information about the incident itself, and details about the individuals," said a statement signed by Slovak police spokesman Martin Korch and provided to The Slovak Spectator.

The police statement also said police will continue their investigation under the law.

"From a tactical point of view, we will not publish any steps the police will take," the statement reads. "In any case, we will investigate which Slovak groups these people belong to."

Daniel Milo, a legal expert on extremism and the head of the People Against Racism NGO, and Pavol Draxler, the former chair of the Interior Ministry's Committee for the Fight Against Extremism, both criticised Slovak police. They especially objected to the fact that Slovak police only learned about the neo-Nazis' trip to Serbia after it happened.

Milo told The Slovak Spectator that the arrest of Slovak neo-Nazis in Serbia proves that European neo-Nazi groups share information.

"I was just surprised that the Slovaks were not monitored and that the Serbian side was not warned of their possible arrival," Milo said.

Draxler is even sharper in his criticism.

"Currently, there is no strategy of systematically monitoring their trips abroad," he told the Hospodárske Noviny daily.

But the police refute such criticism, saying they could not have followed the neo-Nazis to Serbia because they simply had no reason to do so.

"Police cannot monitor the actions of people without any reason," deputy police spokesperson Andrea Polačiková told The Slovak Spectator. "There has to be a legal reason."

"We can in no way shadow the steps of everyone, as in doing so we would take the position of a police state, and citizens would probably not like that," he told Hospodárske Noviny on October 9.

Moreover, Polačiková said police do not yet know whether the neo-Nazis arrested in Serbia came as a group, or whether they travelled individually.

"We still do not have that information form Serbia," she added.

Many Slovak media outlets published speculations that some of the detained neo-Nazis were also members of the Slovenská Pospolitosť (Slovak Togetherness) neo-fascist group.

"So far, we will not comment on this," a representative of the group, who did not give his name, told The Slovak Spectator. "Please wait for our official statement, which will be published on the web."

The Slovenská Pospolitosť extreme right political party was banned by the Slovak Supreme Court on March 1, 2006. However, its representatives are still active in the group of the same name.

"In 2005, some members of the Slovenská Pospolitosť group were charged with supporting and promoting movements that aimed to oppress civil rights and freedoms," Polačiková told The Slovak Spectator.

Milo thinks police should at least interrogate the Slovaks that were arrested in Novi Sad. He thinks further police actions on the matter would depend on why they were arrested in Serbia: "Whether it was just a preventive measure, where police seized their belongings with neo-Nazi symbols and weapons, or whether they committed a crime," he said. "According to the criminal law, a crime committed by a Slovak citizen abroad is illegal if such an act is criminal in Slovakia."

He added that cooperation between Serbian and Slovak police will be crucial in the investigation.

According to People Against Racism's sources, the activities of neo-Nazi groups, and the number of their members, is still going up, Milo told The Slovak Spectator.

"Especially the youths," he added. "It happens during sports events, so the growing activities are known as hooliganism."

He also thinks that the number of organised groups of a similar nature keeps growing.

Rightist extremists are also forming groups based on some music bands, he said.

The Slovak police statement did not mention extremists gathering in football stadiums, but it did say they gather at rock concerts.

According to Milo, police aren't doing enough in this area.

"If we review what has actually been done in this field under Interior Minister Robert Kaliňák, it is too little," he said. "The legislative intent to create a bill that would solve the fight against extremism has been discussed, but the police steps against it are insufficient."

"If my information is right, the police's exchange of information does not currently work as it should," he told Hospodárske Noviny.

Police admit that the number of rightist-extremist groups in Slovakia keeps growing. On the other hand, they say more criminal activities committed by neo-Nazis and other rightist extremists are being reported.

"Last year, the police statistics recorded 188 crimes motivated by racial, ethnic or other similar hatred," the police statement said. "Out of those, 107 crimes were solved. In this period, a total of 148 people were prosecuted for these crimes."

There have been recurring incidents of Slovak extremists rioting abroad, even before the Novi Sad demonstration. Some of them reportedly had a presence at a riot in Vienna at a football match this summer, and at a concert by a neo-Nazi band called Juden Mord (German for "Jew Murder") in Serbia.

Slovak police did not comment about the band when asked by The Slovak Spectator.