THE GOVERNMENT has unveiled a bold new tourism plan that it hopes will create more tourism jobs, encourage Slovaks to vacation in their home country, and inspire foreigners to discover this small Central European country. 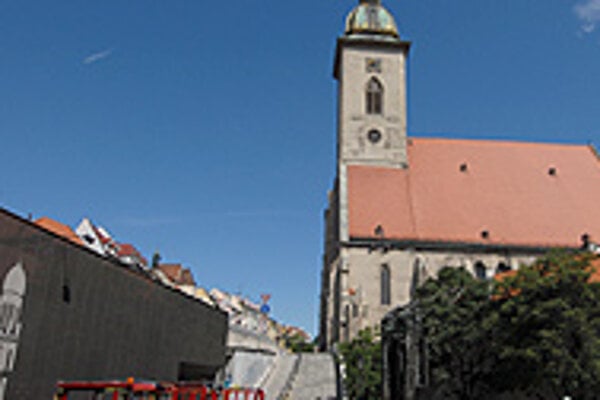 Font size:A-|A+0
THE GOVERNMENT has unveiled a bold new tourism plan that it hopes will create more tourism jobs, encourage Slovaks to vacation in their home country, and inspire foreigners to discover this small Central European country.

The country's Economy Ministry, which crafted the plan, said it is ready to start a crusade for tourists and uplift the tourism industry, using investment incentives, campaigns and tourism vouchers for employees who opt to holiday in Slovakia. But critics of the new policies say the state would be better off supporting a business environment that draws more investments.

The government has been re-evaluating its tourism strategies for the 2006-2010 period and defining tourism and its development as part of the public interest.

The Slovak cabinet has already produced a draft strategy for tourism development, which served as a basis for the state policy prepared by the Economy Ministry. The ministers are also set to come up with a document on tourism marketing strategies that will be included in the state policy, the Economy Ministry wrote in its official document, which was passed in September.

Both documents are sensitive to regional differences and involve local businesses, local governments and state institutions. They are also based on the view that more foreign tourists should be inspired to visit Slovakia.

The government believes that a massive funding infusion into tourism can help make Slovakia more competitive, so it can increase its foreign exchange incomes from international tourism - from 2.7 percent of the GDP in 2006 to four percent in 2013, according to the Economy Ministry document.

Tourism started to show good growth between 2005 and 2006. Foreign exchange revenues swelled by 20 percent in 2006 compared to the previous year, and foreign exchange spending kept up the same pace, the Economy Ministry said.

However, statistics show there is much more room for improvement in the number of guests at Slovakia's hotels and accommodation providers, and most importantly, in the number of overnight stays. So the government is planning not only to bring in more foreign tourists, but also to make them stay longer.

If the plan yields another 1.5 million to two million overnight stays, hotels and restaurants could create 15,000 to 18,000 new jobs, the ministry wrote.

The state tourism policies intersect with the country's economic policies in areas such as pricing, tax, transportation and customs policies; and with social issues like work hours and employment policies.

The policy also touches on cultural heritage protection and the use of cultural monuments in tourism, according to the official document prepared by the Economy Ministry.

The document measures the impact of the new tourism plans on the state budget, the budgets of local governments, the business community, employment and the environment, said Ivan Garčár, spokesman of the Slovak Tourist Board.

"A positive aspect of the document is that the government sees tourism as an area of public interest, and it has prepared a complex piece of legislation to ensure state policies for the development of tourism," Garčár told The Slovak Spectator.

Trade and business asso-ciations, regional governments and businesses have been calling for such legislation for some time, he added.

In the coming years, Slovakia will have to deal with challenges like developing infrastructure, and drawing money from European Union structural funds to support local governments' tourism activities, Garčár added.

"The goal is also to gain new markets, increase Slovakia's attractiveness as a tourist destination abroad and improve the quality of services," he said.

After 2008, tourism businesses will also be able to apply for investment stimuli, State Secretary of the Economy Ministry Ivan Rybárik told the Hospitality and Tourism Summit in Bratislava.

But Tomáš Hasala, executive director of the Limba travel agency, which focuses on domestic destinations, said he does not believe in state support for tourism.

"The state would help tourism the most by continuing to improve the business environment," Hasala told The Slovak Spectator.

"It is not accidental that the real development of tourism started to move about five years ago, starting with large investments into ski centres and aquaparks, up to the development of infrastructure."

The Slovak media has mostly focused on the government's idea of giving recreational vouchers to Slovak employees to pay for their holidays if they opt for Slovak destinations over popular foreign resorts in places like Croatia, Greece or Italy.

The plan is to distribute vouchers for domestic holidays worth several thousand Slovak crowns each year. The state would pay half of the expenses and the second half would be covered by the employer. The vouchers would only work if the employee spent their holiday in Slovakia, the ministry said.

The exact value of the vouchers greatly depends on state coffers and the finance minister's willingness to support the plan.

"The proposal to introduce recreational vouchers is another positive move, with the potential of improving the economic and social situation mainly in the economically-underdeveloped regions of Slovakia," Garčár told The Slovak Spectator. "The long-term experiences of other countries prove that the vouchers are an extraordinarily effective tool for supporting tourism."

For example, in France, studies have shown that each euro invested in recreational vouchers brings revenues of €4. The system helps bring visitors to tourist attractions, cuts unemployment and regional disparities, and so on, Garčár said.

However, Hasala remains skeptical about the tourism voucher plan, saying local tourism would only benefit artificially as long as the programme was in place.

"They will bring corruption," said Hasala. "People who decide to take a domestic vacation, but only because of the vouchers, will bring a completely mistaken motivation to tourism."

"But this is exactly what we do not want to happen," Hasala said. "The tourism sector in Slovakia is relatively underdeveloped and if there were no extraordinarily favourable natural conditions, the problems would be even more visible.

"For its development, tourism needs direct competition and not more sleeping pills. The vouchers will be cancelled one day and the fall will be painful."

Last year foreign tourists spent Sk40 billion (€1.2 billion) in Slovakia. The Czech Republic, which is twice as large and has twice as many citizens, earned three times that much in tourism revenues.