Deluge of investments continues for Slovakia

FOREIGN investors still have a growing appetite for Slovakia. The country has attracted investments worth €1 billion over the past nine months - almost twice as much as the total amount of investments that landed in Slovakia last year. 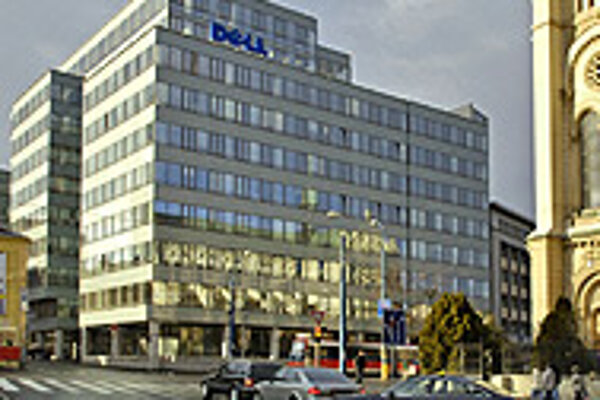 Font size:A-|A+0
FOREIGN investors still have a growing appetite for Slovakia. The country has attracted investments worth €1 billion over the past nine months - almost twice as much as the total amount of investments that landed in Slovakia last year.

The country's investment development agency expects more money to flood into Slovakia, and said that even the underdeveloped eastern parts of the country have seen their prospects of attracting foreign investors improve.

The Slovak Investment and Trade Development Agency (SARIO) has launched 48 investment projects worth more than Sk34.5 billion this year, which have given Slovaks more than 11,000 new jobs. Last year, the agency rolled out 65 investment projects with a total value of €607 million, SARIO director Peter Hajaš told a press conference. And SARIO officials expect a further boost to the number of projects and jobs.

One-third of the new projects went to eastern Slovakia, and 13 of those projects landed in the Košice region. Eastern Slovakia has been a priority for SARIO, Hajaš said.

"In Košice there has been something similar to the Silicon Valley emerging and it is becoming, right after Bratislava, a centre for companies that focus on technologies," Hajaš told The Slovak Spectator.

Investors from Great Britain were involved in 19 projects, while Germany ran 18 and Italy ran 14. South Korea brought 11 projects to Slovakia, Austria and Belgium started nine projects each, and Spain had eight projects. Slovakia also contributed eight of its own projects, according to the SITA newswire.

The trade agency has recorded a massive expansion of investors who are already established in Slovakia, Hajaš said. For example, Dell had an original investment plan of 450 jobs but currently employs 1,000 people.

"Most projects have been heading to the engineering sector, followed by the electro-technology industry and automotive sector," Hajaš said. "From foreign investors' point of view, we are still mostly a country where the car industry comes from."

Companies like Samsung mark an important step because they diversify the influx of foreign investments and strengthen the industry with higher added value, Hajaš said.

But carmakers still consider Slovakia an attractive option for launching new operations, SARIO confirmed. The agency did not specify which carmakers could potentially find a new home in Slovakia.

"There is no particular project that can be disclosed at the moment," Hajaš said at a news conference, according to SITA.

Business daily Hospodárske Noviny speculated in late September that the Ford Motor Company could be an interested carmaker, and later reported that the Detroit-based company has not officially confirmed the negotiations.

Despite recent changes to major tax, labour and social security laws that have been criticised by the local business community, investment professionals agree that Slovakia remains an attractive investment destination.

"Slovakia is still a good place to invest in," Todd Bradshaw and Radoslav Krátky of PricewaterhouseCoopers (PWC) said in an earlier e-mail interview. "Naturally, each political party has its own visions and priorities. But the country has maintained a simple, principle-based and transparent tax system that has not changed dramatically since the last elections."

But its tax-free dividends, geographical location, improving infrastructure and relatively cheap and qualified labour are also major incentives for investors, he said.