Only state hospitals are safe

ONLY health care facilities controlled by Slovakia's Health Ministry can make it onto the list of institutions that are guaranteed contracts with the country's health insurers. The rest of the health care providers must depend on the goodwill of the insurers. 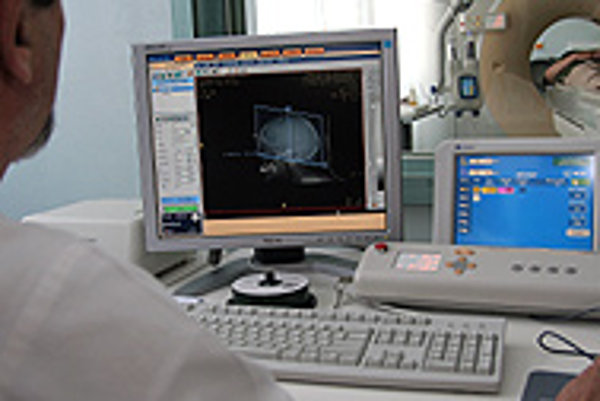 Font size:A-|A+
ONLY health care facilities controlled by Slovakia's Health Ministry can make it onto the list of institutions that are guaranteed contracts with the country's health insurers. The rest of the health care providers must depend on the goodwill of the insurers.

Originally, the draft on the minimum public network of health care providers set a list of 42 emergency healthcare providers and 23 specialised national hospitals, and set the minimum number of hospital beds at 29,170. Health insurers only have to cover the hospitals included in the list with their contracts.

But the plan has changed.

"A draft proposal on the minimum public network of hospitals will only include health care facilities controlled by the Health Ministry," ministry spokeswoman Silvia Balázsiková said.

The draft list no longer includes, for example, the burns and reconstructive surgery clinic of the Košice-Šaca Hospital and the St. Elisabeth Institute of Oncology in Bratislava, the SITA newswire wrote.

Private health care facilities were dropped from the list because the state can only guarantee the care provided by state-run health facilities, which are directly under the ministry's control, said Balázsiková.

The ministry made the decision so it could not be accused of yielding to lobby pressures or cronyism in deciding who would get onto the final list, Balázsiková said.

The Health Ministry is still working on the minimum network proposal and it will only give more information after it is approved by cabinet, Eva Slováková of the Health Ministry's communications department told The Slovak Spectator.

However, the exclusion of private institutions is fairly certain.

All the other health institutions will have to gain contracts with health insurers by providing high-quality services, Fico said.

But health insurers say hospitals' quality, not their ownership, should be the key when the government compiles the list.

"If the only criterion is whether the institutions are state-run or private, it is discriminatory towards institutions where private capital is involved," the head of the Association of Health Insurers in Slovakia, Eduard Kováč, told The Slovak Spectator. "However, we are certain that these institutions will meet the criteria of quality and effectiveness, and in the end, the insurers will sign a contract with them."

Professional criteria should play the major role in making the list, and political interventions on the part of the prime minister are unhealthy, Kováč said.

"For citizens, it is not important whether an institution is state-run or private," Kováč said. "What really matters is the quality of the services the institution provides."

"With the new proposal, the ministry is favouring state hospitals over others, which will have to fight for a contract with health insurers on their own," he said. "State hospitals, though, will not have to meet the criteria of effectiveness and quality but still will get a contract."

Szalay said that it is a classic case of conflict of interest.

"The state, as the owner of some hospitals, at the same time has legislative power over the whole market, and it can adjust the conditions of the market so they are advantageous for the state and disadvantageous for the competition," he told The Slovak Spectator.

The minimum network should be "anonymous" said Szalay, adding that health care facilities should only be chosen based on the distance to the nearest physician or hospital.

"This would eliminate any speculation about corruption involved in making the list," Szalay said. "This new, reduced version of the list is a result of successful lobbying by health care providers who were originally not included on the list. Although they have not made it to the list, their competitors have been dropped from the list, losing their advantage."

Insurers will continue to sign contracts with the institutions with foreign capital that have not made it to the list, because these are often more effective and offer better quality than state hospitals, Szalay said.

The Health Policy Institute said that the selection of health insurers should be left up to the insurers themselves. The Dôvera health insurer agrees.

"We support a system in which the state defines the conditions of the minimum network with professionalism and expertise, and leaves its fulfillment up to the health insurers," Zuzana Horníková of Dôvera told The Slovak Spectator. "The health insurers have the necessary information to evaluate the hospitals and consider which they will sign contracts for their clients, so they can secure accessible, effective and high quality care."

The original minimum network proposal would have cut the number of hospital beds, with the ministry hoping to save about Sk2.1 billion (€62.9 million).

The total debt of the health care sector reached more than Sk6.8 billion at the end of last year, the SITA newswire wrote.

There are currently about 150 health care providers with hospital beds, 70 of which are full hospitals, according to the Health Policy Institute. Health care facilities reported 36,805 beds as of October 30, 2006, and the regulation that's in effect now requires at least 32,000 beds. The ministry wants to pare the minimum network down to 29,170 beds.

The minimum network proposal was based on expert reports from the Health Ministry, health insurance companies, the Slovak Medical Chamber and the Slovak Medical Society. The biggest cuts are projected for facilities that treat major organ conditions, such as heart and lung conditions. Psychiatric wards are also scheduled for cuts.

When asked whether they agreed with Fico's efforts to have only state hospitals included in the minimum network, 27.1 percent of the 1,010 respondents said they agreed and 53.7 percent disagreed, according to the survey provided to The Slovak Spectator.

Even some of the ruling coalition MPs have had issues with the draft bill on the minimum hospital network, suggesting that some specialised institutions with a national scope should make it on the list.