PUBLIC phone booths are part of every village's scenery, just like the small grocery store or the church. However, people no longer seem to need the booths, and their operator, Slovak Telekom, is losing money in the payphone business. 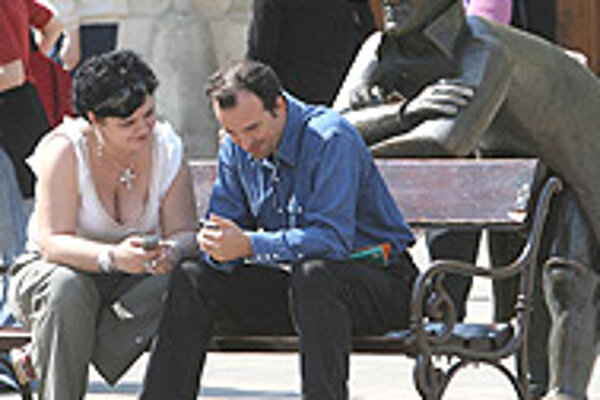 Font size:A-|A+
PUBLIC phone booths are part of every village's scenery, just like the small grocery store or the church. However, people no longer seem to need the booths, and their operator, Slovak Telekom, is losing money in the payphone business.

It is a trend across Europe, where the use of mobile phones has been driving out phone booths. New rules from the Slovak Telecommunications Office reduce the minimum number of payphones, but Slovak Telekom wants to make deeper cuts to the number of phone booths countrywide.

The latest Slovak legislation requires Slovak Telekom, the universal telecommunication service provider, to operate at least one payphone in every village, even if the municipality says it does not need it. The previous rule allowed Slovak Telekom to remove a phone booth from a village if local officials said it was useless.

But the obligation to operate at least one payphone in every municipality requires additional investments.

The operator thinks that the market's needs should decide the number and the location of the phone booths.

The use of public payphones has been decreasing by 35 percent each year, Burdová said.

Slovak Telekom estimates the overall costs for operating and developing the payphone network between 2007 and 2010 at Sk600 million (€17.9 million), including investments of Sk120 million, she added.

As of the end of September, Slovak Telekom operated 9,326 public payphones, of which 5,512 were coin payphones and 3,814 card payphones. Last year, approximately 1,200 payphones made no profit at all, Burdová said.

In 2005, payphones made a loss of Sk152 million, and last year it was Sk172 million. Sixty-nine percent of the losses were in operation and maintenance expenditures.

The average return on one payphone in a small village was less than Sk180 last year, and annual expenditures on operation, maintenance and vandalism repairs cost Sk24,000, according to Burdová.

"ST does not object to the efforts of the Telecommunications Office to provide public payphones countrywide," Burdová said. "However, it disagrees with having the obligation regardless of specific circumstances, such as demand for the service or administrative barriers."

The previous legislation granted exemptions if the municipality didn't want a phone booth. But based on European Union regulations, municipalities can no longer reject a booth.

"There is no reason for such an exemption," Roman Vavro, spokesman of the Tele-communications Office, told The Slovak Spectator.

The law on electronic communications says each user of universal telecom services, which Slovak Telekom is obliged to provide, must have access to public payphones, Vavro said. That right is not dependent on the approval of anyone else, whether public administration bodies or other entities, he added.

Universal services guarantee a minimum range of services with a reasonable level of quality at reasonable rates for all citizens. The universal services are: phone services; fax and data transmissions; a universal phone directory, including phone numbers for all fixed and mobile networks; access to public payphones; free and 24-hour access to calls on emergency numbers, such as 112, and offering such access in public phone booths without using coins or phone cards; directory inquiry services; and public phone services for disabled users.

Reimbursement, but how much?

According to the legislation, the company that provides universal services, including payphones, can apply for reimbursement for losses from operating these services. The costs can be reimbursed from a special account established by the Telecommunications Office. Each telecom operator with a market share of more than 0.2 percent must contribute to the account.

Slovak Telekom wants to be reimbursed for all costs related to operating public phone booths from a special account of the universal service.

But the telecom market watchdog said the company can only be reimbursed for cumulative losses from all the services provided within the universal telecom service.

Slovak Telekom would be eligible for reimbursement if there is a loss after the revenues of all the services that are part of the universal services are calculated, said Vavro.

"Based on the application, the office would judge whether Slovak Telekom has fulfilled its obligations in a cost-effective way, and the telecom office subsequently calculates the net expenses," Vavro told The Slovak Spectator.

However, Burdová said if Slovak Telekom applies for reimbursement of its net expenditures from the special account, it's not certain how much the company could get.