Bratislava gets jazzed up for diverse music festival

ALL kinds of jazz will sound on the Danube embankment in Bratislava's Culture and Leisure Park next weekend. Bratislava Jazz Days - a festival that goes back more than 30 years - is back, and it's offering more days of music in more Slovak cities. 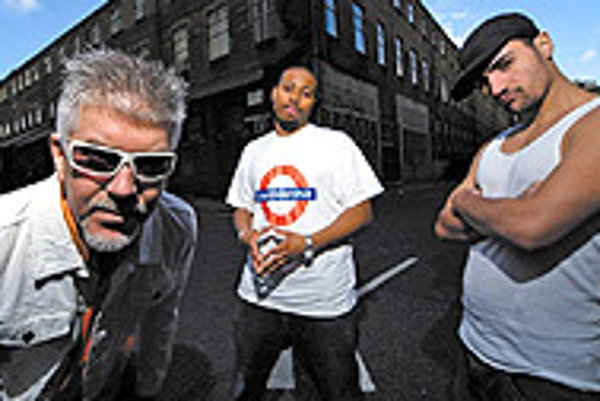 Font size:A-|A+0
ALL kinds of jazz will sound on the Danube embankment in Bratislava's Culture and Leisure Park next weekend. Bratislava Jazz Days - a festival that goes back more than 30 years - is back, and it's offering more days of music in more Slovak cities.

It also includes a show from famed composer and pianist Chick Corea, who returns to Bratislava after 19 years.

The list of headliners and other musicians is once again diverse, and classical jazz fans are likely to once again object.

The evening will continue with a performance from Slovak keyboardist Marián Varga, who used to play jazz festivals in the 1970s.

"Marián Varga has made a comeback," the festival's art director, Peter Lipa, told the media. "At the festival he will perform his solo project."

Next will be Polish trumpet player Tomasz Stanko, one the fathers of European avant-garde jazz, who has also had success in America. He is expected to be one of the biggest stars of the festival. Stanko will perform in Bratislava with a trio of young musicians from Poland.

The British group Us3 headlines the second night of the festival. Their music appeals to fans of more contemporary approaches to jazz, with elements of electronic music. The nine-member band, founded by Geoff Wilkinson and Mel Simpson in 1992, will play their biggest hits and songs from their last two albums, Schizophonic and Say What!?

On Sunday the festival will offer pop-jazz, like it has in previous years. American Spyro Gyra, a band known for its passionate and enthusiastic concerts spiced with improvisation, jazz funk and fusion, will headline the festival's last day.

The Sunday programme also includes French Bibi Tanga, who mixes ethno-jazz with African music. Next on the list is American saxophonist Bill Evans, who has incorporated hip-hop, fusion, bluegrass and Latino into jazz. He arrives in Bratislava with his project Soulgrass.

German Friend'n Fellow are described as masters of intense musical dialogue and a top vocal-guitar duo in Europe. Constanze Friend and Thomas Fellow play a mix of blues, jazz and soul.

Two days after the festival closes, Corea will give a concert under the Bratislava Jazz Days banner. His full schedule conflicted with the festival, so organisers extended it to the following Tuesday.

He will play his solo concert in PKO on October 23.

This year, jazz fans do not need to go to Bratislava to see the biggest stars of the festival. After festival organisers found out that only a few tickets are bought outside of the capital, they decided to extend the festival to other Slovak towns.

"We are taking this year as a zero edition, and if the festivals outside of the capital turn out well, we will certainly extend the programme," Pavel Daněk from the Rock Pop Bratislava agency, a festival organiser, told the media.

Laco Déczi, a trumpeter of Slovak origin, and his Celula New York band, and festival headliner Us3 will play in Žilina on October 19. One day later, Spyro Gyra and Friend'n Fellow will perform in Košice.

Mike Stern will play at the jazz festival in Nové Zámky on October 20. Prešov will host the Mike Stern Band, Ulf Wakenius and AMC Trio on October 17 and 18.