Studying abroad can help at home

BRAŇO Ondrášik, a 26-year-old Slovak journalist, can still remember the 1988 US presidential race, when George Bush, Sr. ran against Michael Dukakis. Even though he was very young, he followed it on TV and in the newspapers. 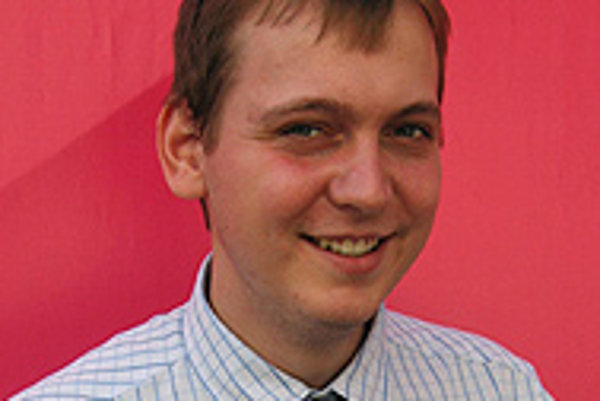 Font size:A-|A+0
BRAŇO Ondrášik, a 26-year-old Slovak journalist, can still remember the 1988 US presidential race, when George Bush, Sr. ran against Michael Dukakis. Even though he was very young, he followed it on TV and in the newspapers.

Since then, he has always been interested in politics, especially American politics and elections. No wonder he became a journalist.

Ondrášik started working as a journalist right after he finished his secondary education.

"If you want to be good and you want to contribute to society, you have to start early to work on being good," he said.

He started out on the international news desk of the TASR Slovak press agency, and soon left to join the editorial staff of Hospodárske Noviny, a Slovak economic daily.

For Ondrášik, journalism is a job that requires integrity, dedication and a passion for being there when the news happens. That passion was stoked when the Virginia Tech shooting spree happened last year. He was in the US at the time and made it to the campus within a few hours, covering the events for the Slovak daily Sme.

But it's not enough to have drive and passion - you also need a good quality education, he said.

"Sure there are superb journalists with no university education and bad journalists with five degrees," Ondrášik said. "But in most cases, you can see it in the writing skills if a journalist has taken journalism classes - I hope, at least."

Ondrášik graduated from Comenius University in Bratislava with a journalism major, and he started his PhD studies there soon after. With a Fulbright scholarship in 2005, he did research for his PhD at Michigan State University.

He studied the political economy of media, a new communication field, so he wanted to study in a country where research in the field is being done - either the US, UK or Germany. Michigan State University has some of the best expertise in this field, so he chose to study there.

After studying in the US, Ondrášik says the foreign academic experience can't be compared to Slovak universities.

"For example, consulting with professor Johannes M. Bauer (co-director of the Quello Center for Telecommunications Management and Law at Michigan State) on my dissertation was a remarkable experience, as well as interacting with other people from the faculty or in my daily life," he said.

That was the biggest advantage compared to studying at a university in Slovakia, even if it's the country's best one, he said.

Ondrášik said there are many things that need to be improved in the Slovak university system. One problem is professors' huge course load - often six or seven courses, compared to Michigan's professors who have two or three courses at the most.

"In this situation, instructors don't have enough time to give better quality lectures, and that's not even talking about research," Ondrášik says.

Most importantly, professors must do more to spark independent thinking in students, he said.

"I would ask Slovak students, how many times have they expressed their teacher's opinion on an issue in an effort to get a better mark, even though they actually disagreed with the teacher's opinion or had an alternative solution?" he asked.

"University should be a free and independent environment. Students are the thinkers of tomorrow."

Ondrášik believes that students should act and be treated like the colleagues of lecturers, since they are all there for academia. But part of the problem is students who are often too lazy for real scholarly discussion and cutting-edge concepts, he said.

Ondrášik is currently taking part in a Master's programme in Leeds thanks to the British Chevening scholarship and a scholarship from Leeds University. He is specialising in political communication, which involves not only the media, but also politicians, PR, political marketing and campaigning.

Ondrášik is also involved in preparing a new study programme at the Bratislava School of Law's new faculty of media. The programme will most likely be called "international communication" and will be taught entirely in English.

"Slovak universities lack English-language education, even though it is very well known that English is the language of current research," he said.

He hopes the new institute will be a good focal point for Slovak and international research in this field, he said. But he also wants to continue lecturing at the Comenius University journalism department and writing for the media.

"I feel a strong need to return to Slovakia at least for a while and help there with the knowledge I have acquired in the US and UK," he said. "In what specific capacity has yet to be seen."