AT A TIME when there is more talk about the ruling coalition's verbal attacks on the media, and possible attempts by politicians to curtail press freedom, the international organisation Reporters Without Borders ranked Slovakia among the top three countries in the world for respecting the freedom of the media. 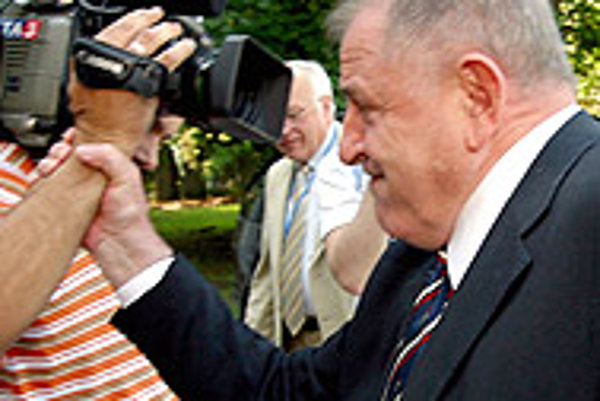 Font size:A-|A+0
AT A TIME when there is more talk about the ruling coalition's verbal attacks on the media, and possible attempts by politicians to curtail press freedom, the international organisation Reporters Without Borders ranked Slovakia among the top three countries in the world for respecting the freedom of the media.

Only Iceland and Norway ranked better than Slovakia, and Estonia tied for third place. The UK and the USA, which traditionally score well in such charts, were far behind Slovakia this time - the UK finished 24th and the US finished 48th, even lagging behind Nicaragua.

Reporters Without Borders, an international non-governmental organisation based in Paris, compiled the list for the sixth consecutive year. They surveyed 169 countries on their situation from September 1, 2006 and September 1, 2007.

Slovakia came in eighth last year, meaning it rose five spots on the list. But Zuzana Krútka, the chair of the Slovak Syndicate of Journalists (SSN) professional organisation, said the state of press freedom in Slovakia has not improved in the last year.

"I think the situation has worsened in Slovakia," she told The Slovak Spectator. "But so far, there have only been signs (of a decline), and we must do everything we can so that it does not worsen further."

Slovakia's situation looks better because the state of press freedom has become dramatically worse in other countries, Krútka said.

"Maybe our journalists do feel that the situation is bad here, but as far as freedom is concerned - we do have freedom," she said.

Krútka filled out the Reporters Without Borders questionnaire that was used to assess Slovakia's situation. It is not clear how many other journalists were also surveyed.

In the questionnaire, Krútka only mentioned one incident where press freedom was restricted this year - the case of journalist Martin Klein.

In 1997, Klein wrote an article for the Domino Efekt weekly that satirised Archbishop Ján Sokol. The Regional Court in Košice sentenced Klein to a fine of Sk15,000 (€450) over the article.

On October 31, 2006, the European Court for Human Rights in Strasbourg ruled that the Slovak Republic violated Klein's right to press freedom. However, the Slovak Supreme Court did not respect the decision. On June 14, it confirmed the verdict of Košice court, and again ordered Klein to pay the Sk15,000 fine.

Krútka said there were no other interventions in media freedom in Slovakia in the relevant period.

Most of the questions in the Reporters Without Borders survey concerned the extreme suppression of press freedom, she added.

"There are questions in the survey like, 'How many journalists were murdered, kidnapped, tortured?' . . . Simply, how many were sent to prison," she said.

Over the past year, Slovak Prime Minister Robert Fico, members of his cabinet, and his spokesperson, Silvia Glendová, have repeatedly attacked the media verbally.

"The media have directly entered the political scene as participants of a political confrontation and competition, and they have become an open political opposition to this government. This is an absolutely unprecedented phenomenon in Europe," Fico told a press conference on August 4.

Fico also called a special meeting of cabinet on September 4 specifically to discuss the media. The government did not tell the media about the results of the meeting, besides announcing the wording of the resolution they passed:

Krútka said she did not think Fico's statements and actions were anything extraordinary.

"For example, if some newspapers blamed me for not mentioning Prime Minister Fico's verbal attacks on journalists, there was no question (in the questionnaire) about this," she told The Slovak Spectator. "And we did not consider it important enough to supply it in addition to the questions."

At the Slovak Television (STV) public broadcaster, 12 people have left in the last year, citing attempts by the management to influence their work.

"It is a sophisticated form of pressure," media analyst Andrej Školkay told The Slovak Spectator in August. "The proof of an atmosphere of a lack of freedom in a liberal society is the phenomenon we have witnessed - people leaving their jobs on a large scale in a short time span, giving identical explanations."

Milan Urbáni, the vice-chairman of the Movement for a Democratic Slovakia (ĽS-HZDS) party, openly admitted in January that the ruling coalition intended to control the STV politically.

"It had been agreed upon that the political parties within the ruling coalition will have an impact on some activities in the STV and will take over responsibility for them," he told the Sme daily.

The survey included the question, "Government influence on the state-owned media's editorial line in its favour?" But Krútka said she saw no reason to mention the STV cases.

"Political interference has not been proved so far, and I would really not like to make a judgment here," she told The Slovak Spectator. "Political pressure itself is one thing, and whether you can resist it or not is a completely different thing. I do not want to pass off speculations as facts."

Krútka also did not mention the attack on investigative journalist Naďa Šindlerová, a reporter for the weekly Plus Sedem Dní. One month ago, someone set fire to the house where Šindlerová lives with her son.

Šindlerová covers cases involving organised crime and major economic crimes, so she said she was sure someone tried to intimidate her.

Krútka told The Slovak Spectator that she didn't mention Šindlerová's case in the questionnaire because she simply forgot, because she had numerous other professional duties.

Krútka's handling of the survey has provoked sharp criticism from Slovak columnists and analysts.

"If nothing changes here (in Slovakia) next year, we could sink deeply on the freedom chart," Sme's Marián Leško wrote in a commentary on October 17. "It would be enough if someone other than the chair of the SSN, Zuzana Krútka, fills out the questionnaire."

"While until yesterday I was indifferent about the syndicate, today I am not any more," he wrote. "I consider it to be an organisation that falsely represents the interests of journalists and runs its own show. The Slovak Syndicate of Journalists does not represent me, and I do not wish to have anything to do with it."

Školkay said the survey questions were worded in a way that made it difficult to describe the state of the Slovak media, but there was room to add more information.

One question asked about, "News that was suppressed or delayed because of political or business pressure?" Školkay pointed out the fact that before the municipal elections last autumn, there were pressures on journalists from the owners and advertisers of regional newspapers.

He also cited the alarmingly bad financial situation of the public Slovak Radio as an example of the government's effort to interfere in the public media.

Under a section titled "Indirect threats and access information," the survey asked about, "Problems of access to public or official information (refusal by officials, selection of information provided according to the media's editorial line, etc.)?"

The questionnaire also asked respondents to list any other points "that might be relevant to assess the situation of press freedom in your country".