Slovak-Hungarian row is 'not the Balkans'

STATEMENTS from Robert Fico were seen as contributing to the heightened tensions between the Slovak and Hungarian Republics, but the Slovak prime minister has taken steps to try to solve the problems. He invited Hungarian Prime Minister Ferenc Gyurcsány to Bratislava on October 9. 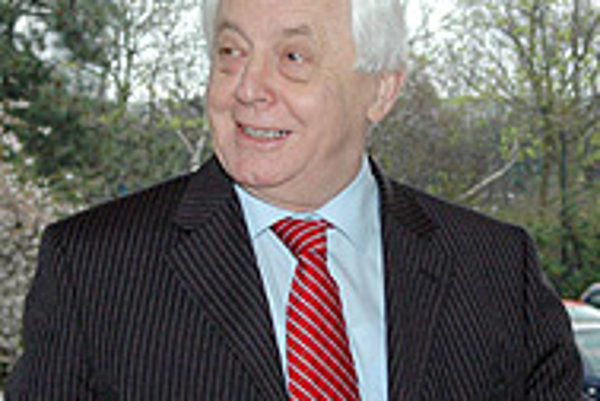 Font size:A-|A+
STATEMENTS from Robert Fico were seen as contributing to the heightened tensions between the Slovak and Hungarian Republics, but the Slovak prime minister has taken steps to try to solve the problems. He invited Hungarian Prime Minister Ferenc Gyurcsány to Bratislava on October 9.

The Hungarian reaction to the talks was noncommittal.

"Meetings on the prime ministerial level will be meaningful if they lead to meaningful progress for both sides," the Hungarian prime minister's press department said, as quoted by the Plus Jeden Deň daily.

Both PMs planned to meet on October 18 and 19 during the EU summit in Lisbon to clarify the details they discussed in Bratislava, the press department added.

In early October, Fico told an Austrian daily that the main reason for the Slovak-Hungarian differences was the tense internal political situation in Hungary.

"There, the only people who can win are those who present themselves abroad as the greatest Hungarians," Fico told Die Presse. "Prime Minister Gyurcsány is under immense pressure from extreme nationalists from the (Fidesz) party of Viktor Orbán. And so, visits abroad are misused for propaganda muscle-flexing.

"In Slovakia, we do not have demonstrations with the burning and destroying of cars, and we do not wish for anyone to import this madness," Fico added, referring to the unrest in Budapest last autumn. "Please, look for reasons (for the tensions) there."

The root of the latest round of debate has been seen as the Slovak parliament's resolution that the Beneš decrees cannot be reopened. The decrees stripped Slovak citizens of Hungarian ethnicity of their civil rights after the Second World War. Their property was expropriated and about 90,000 ethnic Hungarians were deported to Hungary.

Hungarian President László Sólyom recently made an unofficial visit to southern Slovakia where he criticised the Slovak parliament for the resolution. Fico slammed the move as contributing to the tensions.

"As far as I know, it's the Hungarian officials who are abusing their so-called private visits to Slovakia to attack Slovak institutions," Fico said.

Literary researcher and political analyst Rudolf Chmel, the Slovak culture minister from 2002 to 2005 and the Czechoslovak ambassador to Hungary from 1990 to 1992, commented on Slovak-Hungarian relationships in the Sme daily on October 1.

"Slovaks and Hungarians remember the previous century, and also the 19th century, in completely different ways - rather in opposite ways," Chmel wrote. "To ask them . . . to overcome the burdens of their own past - so that while remembering their injustices, they can assess their own faults - . . . is probably a demand that will be quite unrealistic for a long time."

The Slovak Spectator spoke to Chmel about Slovak-Hungarian relations.

The Slovak Spectator (TSS): Is it possible that the tension between Slovakia and Hungary was caused by the unofficial visit of Hungarian President László Sólyom to Slovakia?

Rudolf Chmel (RCH): It is just a small piece of the puzzle of the current deterioration of Slovak-Hungarian relations. The trouble was not whether the visit was official or private, but probably the fact that it was likely to show confrontation instead of cooperation. The Hungarian president must have known that, as well. However, statesmen should expressly - as is their duty - improve rather than damage relations that are deteriorating, especially because of irresponsible politicians.

TSS: Was it appropriate for Prime Minister Robert Fico to talk about the Hungarian president the way he did? Two weeks ago, Fico said: "We simply cannot allow top representatives of other countries, especially Hungary, to behave in the south of Slovakia as if they were in the north of Hungary." And he added that if the Hungarian president comes on another unofficial visit to Slovakia, he will be expelled.

RCH:A politician in a top position should be clear in such situations, but reserved and careful. He should count on the fact that life goes on even after such statements or steps.

TSS: Can a head of state meet representatives of an ethnic minority in another state (as President Sólyom did) during an unofficial visit?

RCH: Of course he can. But he should probably respect the fact that the agenda of such a visit should not be statements that interfere with the internal politics of the country he's visiting. Politicians from Hungary who visit Slovakia strictly privately do not always accept this. From this point of view, a visit of a president is especially sensitive, and at a time when relations between both countries are deteriorating, one cannot be surprised that the reactions are over-sensitive.

President Sólyom quite often tries use his "private visits" to demonstrate . . . the concept of the first democratic (Hungarian) prime minister, József Antall, indicating that he is the "spiritual" leader of 15 million Hungarians - i.e. the five million Hungarians living abroad as well. This, quite understandably, irritates the politicians of neighbouring countries.

TSS: But will joining the Schengen zone, which is happening soon, technically solve this problem of Hungarians living abroad - in a sense a psychological problem, but also an international political problem?

RCH: Yes, and it is quite possible that soon it will instead be a psychological problem for Slovaks and maybe Romanians, where there is a large Hungarian minority.

When the rightist-conservative government of Viktor Orbán came to power with a so-called "compatriot law" - it was supposed to constitute a kind of double citizenship for Hungarians abroad, and he wanted to be ahead of Schengen in a way - towards the end of last century, it was a disservice instead, causing a big uproar in neighbouring countries.

But Schengen will really solve, to some extent, the so-called "Trianon trauma" of Hungarians in neighbouring countries, or at least in those that are EU members.

The trauma is connected to the way the borders of the new Central European countries were drawn after the First World War, which most Hungarians to this day perceive as an injustice - as the borders did not fully copy the ethnic distribution of Europeans. The roots of historical traumas and prejudices, which have such power and persistence in this region, are concentrated in this arrangement.

TSS: Was former US president Bill Clinton right when he said in Budapest that the growing tension between Slovakia and Hungary could be compared to developments in Ireland, or even in the Middle East?

RCH: It seems that whoever informed him supported these stereotypes and traumas. But in spite of them having a certain persistence and strength, they cannot possibly be considered strong enough to compare with those epicentres of conflicts, as Clinton did.

It is as if he forgot we are allies - not only in the EU, but also in NATO. We are even allies of the US there. A conflict between NATO states in a Northern Ireland or Middle East way - that would be unique in the world. I see it as a very original American view of Central Europe, which is not quite the Balkans.

TSS: What is your opinion on the Slovak parliament recently raising several historical issues that cause tension between the Slovak majority and the Hungarian minority? In particular, the statement that the Beneš decrees are untouchable, the law on honouring Andrej Hlinka (who led the party that ran the fascist Slovak State after his death), or the statement on the 100th anniversary of the events in Černová (where 15 people were killed for defending Hlinka).

RCH: Slovaks and Hungarians - but also Czechs, Poles and other nations from this region - are nations that are a little bit sick of history, and they often have contradictory ideas about their history as well. Thus, they tend to interpret or remember it in different ways.

The updating of this "historical" agenda in parliament is the agenda of the nationalist Slovak National Party (SNS), which has continuously shaped itself on militant anti-Hungarism, and assumes this feeling resonates in a considerable part of Slovaks. A party like this - which also distorts views of the past in other areas - naturally does not create an unbiased base for a meaningful dialogue about the past, with its subjective political exploitation of history. It is a pity that even the democratic conservative and leftist parties are not able to prevent such a trend.

The Christian Democrats (KDH) even chose to compete with the SNS, or rather to take over its agenda (on the Hlinka bill). The Social Democrats (Smer) are under its influence, and that is a pity.

TSS: Representatives of the ruling Smer party claim the Slovak-Hungarian tensions are being stoked by MPs from the ethnic Hungarian SMK. The SMK, on the other hand, is convinced that it is the work of the ruling coalition, especially Ján Slota and his SNS. What is the truth?

RCH: Of course parties that have ethnic issues on their agenda - or the "defense" of the nation - tend towards confrontation. In the eight years when the SMK was a member of the ruling coalition, and the SNS was first on its way out and then not in government, the situation in Slovak-Hungarian relations was more favourable, though it has never been without problems.

Today, the situation has changed - thanks to both parties, but mostly Slota's SNS, the internal political atmosphere and international atmosphere have deteriorated. As long as voters keep electing Slota and (radical SMK MP) Miklós Duray, this will not change.

Another thing is that in this matter, the other parliamentary parties should be more politically responsible.

But the responsibility of the leading ruling political party - moreover a "mono-ethnic" one - is much bigger, so one cannot be surprised that so far, the European Socialists have kept Smer in an "observation quarantine."