THIS IS a picturesque image of a villa in Ľubochňa, the climatic spa in Dolný Liptov region. 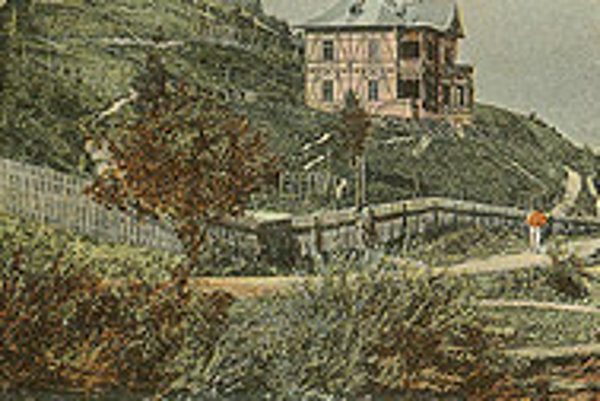 Font size:A-|A+
THIS IS a picturesque image of a villa in Ľubochňa, the climatic spa in Dolný Liptov region.

As of 1625, only a few houses were scattered throughout the Ľubochnianska Valley. Mostly forest workers, gamekeepers, and fishermen lived in them. A glass foundry and furnaces for producing charcoal were once in the valley as well.

But life in Ľubochňa changed when the spa was built in the 1890s. Hotels, tennis courts, a swimming pool, and a hydrotherapy facility quickly sprung up. Fabulous villas were also built for prominent guests, such as the Hungarian monarchy.

Ľubochňa was founded by Count András Bethlen, the minister of agriculture at the time. He also founded the Tatranská Lomnica spa town in the High Tatras, which is why the architecture in Ľubochňa resembles that in the Tatras. A number of the villas are in Art Nouveau style. These half-timbered buildings are very typical for resorts in the mountains.

The image shown above dates back to the turn of the 19th and 20th centuries.