THE STATE is still insisting on its most ambitious road infrastructure project ever - building 151 kilometres of highways and dual carriageways using the public-private partnership (PPP) model - despite the Finance Ministry's warning that 95 kilometres would be more realistic. 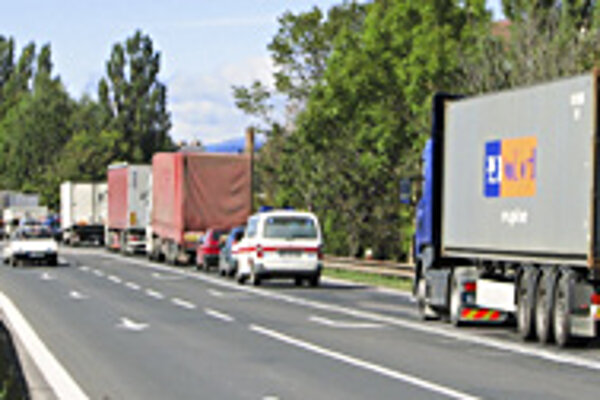 Font size:A-|A+0
THE STATE is still insisting on its most ambitious road infrastructure project ever - building 151 kilometres of highways and dual carriageways using the public-private partnership (PPP) model - despite the Finance Ministry's warning that 95 kilometres would be more realistic.

The government proxy for road infrastructure construction, Igor Choma, announced on October 23 that the cabinet has agreed to keep pursuing its 151-kilometre plan. The cost of building 151 kilometres of highway is estimated at Sk130 billion (€3.9 billion).

"We are continuing the preparations as originally planned," Choma told the press.

The tender for the first two packages of highway and speedway construction will be announced within two weeks, National Highway Company spokesman Marcel Jánošík told The Slovak Spectator.

"The first package involves the construction of the D1 highway section stretching from Dubná Skala to Ivachnová, and two smaller sections in eastern Slovakia," Jánošík said. "The second package is to cover the R1 speedway section between Nitra and Tekovské Nemce."

The tender for the third package is expected to be announced in six months. The D1 highway section crosses a demanding stretch of terrain from Hričovské Podhradie to Dubná Skala, Jánošík added.

The Transportation Ministry's original highway plan assumes that private funds would flow into the construction of specific highway and speedway sections: the D1 highway from Hričovské Podhradie to Ivachnová, Jánovce to Jablonov, and Fričovce to Svinia; and the R1 dual carriageway from Nitra to Selenec, and Selenec to Tekovské Nemce.

Those sections, covering 68 kilometres, should be partially completed by 2010, while the most complicated stretches, such as tunnels, should be finished two years later, Transport Minister Ľubomír Vážny confirmed on September 5.

"Altogether, including state funds, 300 kilometres of highways should be completed by 2012," Jánošík said.

However, the Finance Ministry report suggested that covering 151 kilometres of highways through PPP projects might be risky.

Carrying out the highway and speedway construction plan approved by the cabinet would double the Transportation Ministry's share of budgetary expenses, which would considerably narrow its scope for financing other projects, the Finance Ministry wrote in its analysis.

It seems unlikely that the proposed PPP model would have an impact on the state deficit and debt, but it is impossible to say for sure, the ministry said. The final impact could only be assessed based on the final contract with the private investors.

To keep inflation risks down, the Finance Ministry recommends carrying out smaller projects at a slower pace. It proposes dropping the third PPP project package, as well as the Dubná Skala-to-Hubová section of the first project package.

"The main role of the Finance Ministry is managing budgetary policy and financial stability," ministry spokesman Miroslav Šmál told The Slovak Spectator. "We will have to wait for actual bids, but the ministry can make recommendations so that these bids have a minimal impact on public finances."

However, the final decision is still in the hands of the cabinet and the Transportation Ministry, Šmál said.

Vážny said he will discuss his ministry's concerns with Finance Minister Ján Počiatek, as he has some reservations about the report. His ministry still sees PPP projects as the best option for financing such a large-scale highway network, Vážny said.

The Finance Ministry recommends that the Transportation Ministry refrain from signing contracts with investors until the European Central Bank and the European Commission release their stand on Slovakia's ability to meet the Maastricht criteria for euro adoption.

But Vážny dismissed criticism that Slovakia should not launch such massive projects while it is trying to join the eurozone. He said there is no connection between the two, because PPP projects are not included in the euro adoption evaluation criteria, according to the SITA newswire.

The ministry's project advisor, the Mott MacDonald company, prepared a feasibility study on the highway project and said the selected sections are doable through PPP projects.