Five architectural projects that think outside of the box

SLOVAK architecture has its own Oscars: the CE.ZA.AR awards, handed out by the Slovak Chamber of Architects.
One of these awards went to a team of architects that has given new hope to an old industrial building to serve as a centre for design. 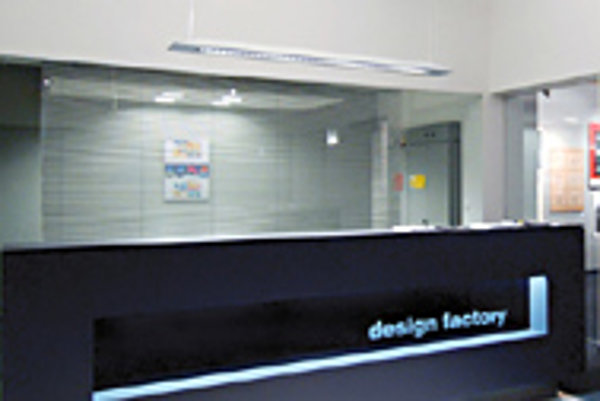 Font size:A-|A+
SLOVAK architecture has its own Oscars: the CE.ZA.AR awards, handed out by the Slovak Chamber of Architects.

One of these awards went to a team of architects that has given new hope to an old industrial building to serve as a centre for design. The new national centre for water polo and an exhibit on archeological findings at the Nitra Castle were added to the symbolic architectural hall of fame as well.

The sixth-annual awards were handed out on October 10. Prizes were awarded in five categories: apartment buildings, civic and industrial facilities, reconstruction and renovation of buildings, interior, and family houses.

There were some impressive buildings constructed this year, said Peter Lizon, a Slovak architect who has been living in the United States and led the jury this year.

"The construction boom in Slovakia is amazing," he said. "In such a construction frenzy, some mistakes are always made that we need to criticise, but high-standard architecture always stands out."

Some constructions should have had neither the location nor the form they were built with, Lizon added.

In the category of apartment buildings, the main prize for 2007 went to Karloveské Rameno, an apartment complex in Bratislava designed by Juraj Šujan and Karol Stassel. The lively combination of materials, colours and structures, along with a forest and river view, is what won the jury's approval.

Šujan said he sees the main point of the prize as bringing the message of high-quality architecture to the public and potential builders. For the competitors, it is about getting feedback from a professional jury.

To create a good apartment building, Šujan said it is important to pick a design that fits into the location, create a logical ground plan and pay attention to technical and construction details, adding an elegant design.

"Over the past couple years, I have noticed some top architectural works outside Bratislava as well," Šujan told The Slovak Spectator.

However, the architect also said he has been a bit disappointed by some of the regular constructions he has noticed recently.

"I am mainly concerned about the growth of extensive mono-functional family housing estates on the city outskirts that massively distort the countryside without any hierarchy and infrastructure," Šujan said.

By its nature, architecture is not a free artistic production, he said.

"We work with amounts of money from our builders that are not small, so it is natural that with their investments, the last word belongs to them," he added.

But the competition in new housing projects has been growing, and reasonable investors understand that a high-quality architectural solution increases the sales prospects for their project, along with its price on the market, Šujan said.

The National Water Polo Centre in Nováky by Juraj Kiaba won the main prize for civic and industrial facilities. The jury saw it as a refreshing and technically-demanding work. It also appreciated the white steel arches that make it possible to turn the pool into an indoor or outdoor facility during the course of the year.

"Today only very few bodies express their gratitude to an architect for an excellent piece of work," Kiaba said. "The prize is an excellent way . . . to confirm for the architects the exceptional character of their work."

Slovak architects are not afraid to experiment and they are able to push through the current trends of expression in architecture, Kiaba told The Slovak Spectator. A lot of people have learned what good architecture is, he added.

He searched for inspiration for the water polo centre in Paris, he said.

An architect makes compromises in order to make the construction work, but Kiaba said that in an ideal situation, the architect and the builder have a mutual trust so there are not many reasons for compromises.

Sometimes compromises kill the spirit of the construction and only the building material remains, Kiaba said.

"During my work on the national centre, my hands were completely free, so everything is there," he said.

The prize for reconstruction and renovation of buildings went to the Design Factory in Bratislava, by Zoran Michalčák, Martin Paško and Zuzana Zacharová. The team of architects managed to save a valuable industrial facility at a time when similar buildings are being torn down and replaced by "spiritless substitutes," the jury said.

The work, in fact, could help preserve other buildings in the area of the Design Factory.

"It is necessary to carefully think over what [work] truly deserves praise, what brings something new and what is worth of noticing and following," said Paško.

Paško lived in Vienna for 11 years, but these days he gathers most of his inspiration in his dynamically-developing home of Slovakia, he said.

"Slovak architecture and its awareness is gradually improving," he said. "There are good constructions, but to put it diplomatically, there are also some very disputable constructions."

The development of the sector is rapid, according to Paško, but the economics of construction can sometimes overwhelm the architect's intention.

"It is one of the greatest problems today in Slovakia," Paško told The Slovak Spectator. "It is up to us to fight the everyday battle over compromises."

The exhibition of archeological findings at the Nitra Castle by Viktor Šabík, with a team of other architects such as Martin Dulík, Marek Šumichrast, Jana Gregorová and Pavel Gregor, won the prize in the interior category.

The unique exhibition from the times of Greater Moravia was placed in the early Baroque fortification system of the Nitra Castle. It was an excellent example of how it is possible to come up with an excellent presentation of a thousand years of history with minimal means and little time, the jury said.

The interior design elements are non-invasive, created in a minimalist spirit so that they do not compete with the exhibits, according to the jury.

"Until last year, I was rather reserved about prizes for architecture in Slovakia," he said. "But starting last year, when a system of two rounds was installed and the jury started going to the location to audit the work, I have decided to enter.

"I am convinced that we live in a learning society," he continued. "However, I think that architecture in Slovakia is still not a topic of the day. When have you seen an architect on a celebrity TV programme replacing some kind of weather announcer or anchor?"

Šabík also said that there is no such thing as artistic freedom in his craft.

"There is no free hand in architecture," he said. "Architecture is not an art. It is a complex expression of conscience, symbiosis and the limits of the possible."

In the category of family houses, the jury chose Za Priekopou (Behind the Ditch) by Juraj Koban and Štefan Pacák, located in Košice. The building is a loft family house that adjusts to the slope it's built on. The facade is covered by natural wood that, contrasted with the large glass windows, gives the house a distinctive expression, the jury said.

CE.ZA.AR is not the only architecture prize in Slovakia. There is also a prize named for Dušan Jurkovič, a renowned Slovak architect of the 1930s, awarded by the Association of Architects.

The Association for the Development of Slovak Architecture looks for the Construction of the Year each year. Professionals associated with Arch magazine hand out the ARCH prize each year.