THE FACT that international developers did not include Slovakia in their plans a couple of years ago has helped the Slovak players build a strong position on the local market, said Luděk Sekyra, president of the Sekyra Group board of directors.
The Sekyra Group, a Czech development and real estate company, has entered Slovak market relatively recently. The Slovak Spectator spoke to Sekyra about why it is interesting to be in the Slovak real estate market. 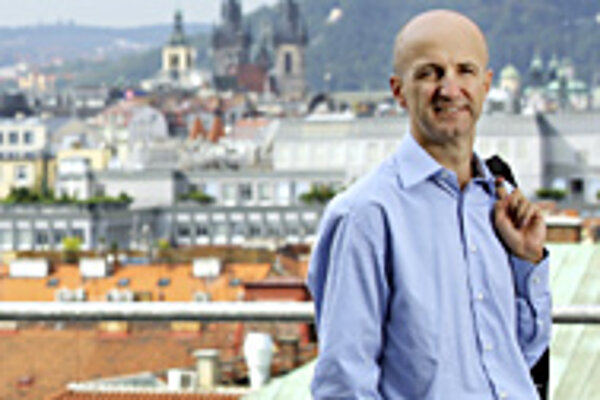 Font size:A-|A+
THE FACT that international developers did not include Slovakia in their plans a couple of years ago has helped the Slovak players build a strong position on the local market, said Luděk Sekyra, president of the Sekyra Group board of directors.

The Sekyra Group, a Czech development and real estate company, has entered Slovak market relatively recently. The Slovak Spectator spoke to Sekyra about why it is interesting to be in the Slovak real estate market.

The Slovak Spectator (TSS): Bratislava is currently in the middle of a real estate boom. How do you see its development in the medium-term perspective?

Luděk Sekyra (LS): The Slovak real estate market has quite a lot of potential. Unlike Prague, there are many lots available around the centre of Bratislava, relatively speaking. The prices of apartments will continue to grow further, and prices of administrative properties will remain stable. Retail space has been opening up, but Slovakia still remains a local market compared to the Czech Republic.

Local real estate players control a big part of the market. For foreign investors looking at Slovakia, mainly Bratislava and its vicinity will remain interesting for the future. A high-quality infrastructure and the proximity to Vienna are its main advantages, I am optimistic about this.

TSS: Slovakia is hoping to adopt the euro starting on January 1, 2009. Will this have an impact on the real estate market in Slovakia?

LS: It will attract more foreign investors, first of all. A whole range of companies will move their offices from Vienna and Budapest to Bratislava. The adoption of the euro will positively influence life and business in the Slovak capital, in particular, although I cannot rule out that it might have a positive impact on some other interesting regions of the country in tourism. The demand for housing will grow further here.

I consider Bratislava a place that will see an even bigger expansion than it has so far. We were well aware of this fact in the past. That is why we started preparing as many as three of our important projects here: for example, the multi-functional Cubicon complex, consisting of an apartment building and a business section, which has already been started. In Bratislava, we are also preparing a development of 150,000 square metres, the BCT complex; and a multi-functional project, Starohorská. We believe in the Slovak market, so we intend to invest at least Sk12 billion (€360.4 million) here in the next several years.

TSS: When do you think the regions will become interesting for developers as well?

LS: I see potential especially in the areas that are attractive for tourism, for example, in some mountain resorts. However, for our projects, a significant size is important, so that the allocation of human resources and capital pays back. Thus, we tend to look for centres of a larger-than-regional importance - which are mainly in Bratislava. Although we have no specific plans outside Bratislava so far, I cannot rule out that it may happen some time in the future.

TSS: Abroad, people often see the purchase of a flat as a kind of investment, not just a place to live. Residents of Slovakia are still just learning how to invest in housing. What advice could you give to future property owners - what criteria should they look for when choosing their property of interest?

LS: Housing is still one of the most profitable investments. For example, in Moscow, the prices of apartments are in the range of $4,000 for one square metre, and in the centre sometimes as much as $40,000. In Prague, it can be as much as 240,000 Czech crowns per one square metre. Although Bratislava still does not have this price level, its residential offerings are attractive. I expect the prices will keep rising, although not to such high levels as in the Russian or Czech capitals.

I consider the main general criteria for choosing a property to be the location, the type of the project, its equipment, the connection to the surrounding infrastructure, and the financial and legal conditions of purchasing such a flat.

TSS: It can often be said that things that happened on the Czech market (in various sectors) repeat themselves on the Slovak market several years later. Do you see any differences in the development of both real estate markets?

LS: If I said about two years ago that the Slovak real estate market lagged behind the Czech one by about five years, now it is just two years behind. But there are differences mainly in its structure. Some global players omitted Slovakia when they entered Central and Eastern Europe, and this played into the hands of local players, who built up a very strong position here. In Bratislava, and partly in other places in Slovakia too, the demand for new housing is very strong. The capital is also interesting for international investors - for institutional funds and capital investors, as well as for private investors.