THE SOUTHERN Slovak town of Šahy was still going through hard times in the early 19th century. 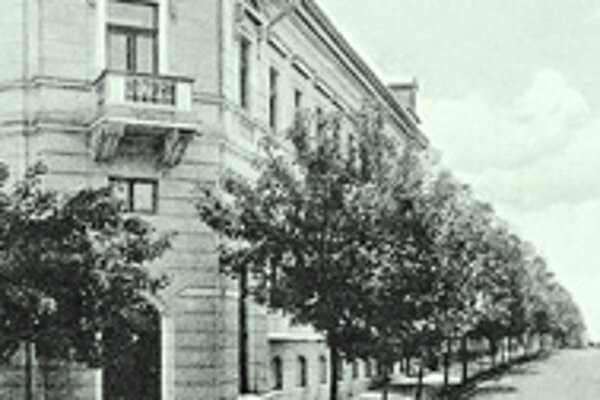 Font size:A-|A+
THE SOUTHERN Slovak town of Šahy was still going through hard times in the early 19th century. Handicraftsmen and their families were the only people living there, which meant trade was practically non-existent. It wasn't even possible to do business with Jews, many of whom held significant financial resources at the time, because Jews were banned from living near mining towns until 1848.

But everything changed after the Austro-Hungarian Settlement in 1867, when the Austrian Empire was split into the Austro-Hungarian Monarchy. Over the next few decades, Šahy received new streetlights and sidewalks; livestock markets, a constant source of dirt and stench, were cleared out of the town square; and the town was settled by physicians, lawyers, and entrepreneurs.

This led to the emergence of an upper class, which built mansions and palaces. The town square also saw the rise of two savings banks, a city house, the Pannónia Hotel, a school, and the so-called financial palace.

The palace is shown in this postcard from around the time of the First World War.