THE BRATISLAVA Jazz Days festival, which offered three days of diverse jazz by local and international musicians, ended on October 21. The last evening of the event was the most memorable, the Sme daily wrote on October 23.
The last evening began with a performance by French musician Bibi Tanga, who heated the scene up with grooves that mixed funk, reggae, and afrobeats. 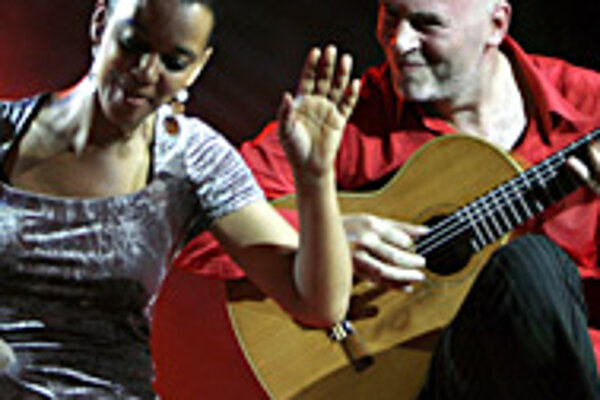 THE BRATISLAVA Jazz Days festival, which offered three days of diverse jazz by local and international musicians, ended on October 21. The last evening of the event was the most memorable, the Sme daily wrote on October 23.

The last evening began with a performance by French musician Bibi Tanga, who heated the scene up with grooves that mixed funk, reggae, and afrobeats.

The next concert was one of the festival's highlights. American saxophonist Bill Evans, who first appeared at the jazz days in 1996 with his funk project Push, brought something completely different this time - Soulgrass, a project rooted in the American bluegrass tradition.

Evans was accompanied by Ryan Cavanaugh on banjo and Christian Howes on violin in a musical set that had the audience tapping its feet along in rhythm. As a special treat, Evans also sang, leaving the audience to guess why he had waited so long to show off his voice, the daily wrote.

Evans was a hard act to follow, but sultry-voiced singer Constanze Friends and acoustic guitar player Thomas Fellow from the German duo Friend n'Fellow were in top form too. Fellow played all the melodies on his guitar, so no other instruments were necessary.

American band Spyro Gyra finished the evening off with a performance that was exactly what people had expected - a bit too perfect but still soft, smooth, world-class jazz. The audience was tired after the three-day marathon of music and left with the feeling that this year's festival had gone off very, very well, Sme wrote.

The first two days of the festival included shows by the Tomasz Stanko Quartet, American guitarist Mike Stern, Austrian saxophone quartet Saxofour and British Us3, among others.

Peter Lipa, the legendary Slovak jazzman who founded the festival 34 years ago, delighted its fans with news that the jazz days would remain in the Park Kultúry a Oddychu (Culture and Leisure Park - PKO) for the next three years.

"We have reached an agreement with the PKO until 2010," the Nový Čas daily quoted Lipa. "We will stay here as long as possible.... We like it here, we have to use this space."

The announcement was made to dispel rumors that the PKO would be condemned due to construction on the River Park complex that's located slightly further down the Danube River embankment.

The festival ended on October 23 with a concert by jazz legend Chick Corea.