JOZEF Majský, the business tycoon who was taken into custody for his alleged involvement in the notorious pyramid scheme bankruptcies, has been freed from custody. And not everyone is happy with the decision.
The Supreme Court released Majský after almost 11 months in custody on October 25, on the instructions of the Constitutional Court. 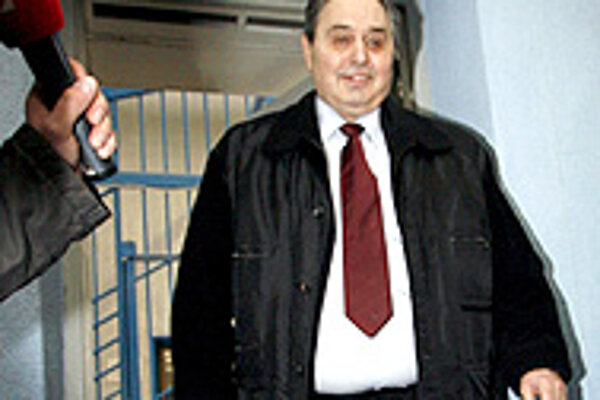 Font size:A-|A+
JOZEF Majský, the business tycoon who was taken into custody for his alleged involvement in the notorious pyramid scheme bankruptcies, has been freed from custody. And not everyone is happy with the decision.

The Supreme Court released Majský after almost 11 months in custody on October 25, on the instructions of the Constitutional Court.

On October 11, the Supreme Court threw out the April 2007 verdict of the Special Court, which found Majský guilty of misappropriation and fraud in the case of the Horizont Slovakia and BMG Invest investment funds. It returned the case to the Special Court for a re-trial.

However, the Supreme Court did not rule on custody. Majský's lawyers turned to the Constitutional Court, which ruled that keeping Majský in custody was a breach of his human rights.

"The decision on limiting Jozef Majský's freedom is intentional and biased, and thus contradicts constitutional principles," the spokesperson of the Regional Court in Bratislava, Ľubica Mackovičová, told the TA3 TV news channel.

Immediately after his release, Majský told journalists waiting for him in front of the prison: "I feel good, as justice has finally won out."

The Special Court sentenced Majský - who was once listed as the richest businessman in Slovakia - to 12 years in prison for defrauding Sk800 million (€24 million) from the Horizont Slovakia and BMG Invest investment funds, which robbed citizens of billions of crowns. In the winter of 2002, the funds went bankrupt.

But the Supreme Court sent the case back to the Special Court for a re-trial after grave procedural faults with the trial were uncovered.

Lawyer Marek Benedik, an expert on constitutional law, told The Slovak Spectator that he agreed with the decision to release Majský from custody.

"Custody is an exceptional encroachment on the right to the protection of freedom, which has to be based on sufficient and relevant reasons," he said. "These conditions were not fulfilled in this case."

Before his arrest, Majský told the officials in charge that he would stay at two addresses.

"However, they accepted just one of them as his residence," Benedik added.

The dates of trials were sent to the address where Majský was not staying, so he failed to appear at several court dates because he simply did not know about them, Benedik said. As a result, he was sent to custody for avoiding prosecution.

"The courts and prosecution did not even try to deliver the subpoenas to the second address," Benedik told The Slovak Spectator.

But Daniel Lipšic, the former justice minister and current MP for the Christian Democratic Movement (KDH), is of the opposite opinion.

He was referring to Majský's attempt to flee the country in October 2002. He was caught at the Austrian border with his then-wife.

Moreover, Lipšic suspects Majský's release from custody could have been the result of pressure from a lobby group.

"It is true that the pressure to release Jozef Majský has always been there," he said. "But the truth is also that as long as I was at the justice ministry, Mr. Majský was in custody, and now he is free."

But Benedik says Majský's attempt to flee cannot be used as an argument now, because Majský has since cooperated with the court.

"The Constitutional Court said that it cannot return too far into the past, as of course, the situation keeps changing all the time in such cases," Benedik told The Slovak Spectator.

Benedik thinks the Constitutional Court was right to say that police and prosecution acted too strongly, he said.

"Naturally, I do not want to champion him in any way," he said. "I do not say he is guilty or not guilty. After all, the court will decide that. And it does not relate to the decision about custody in any way."

Lipšic's statements about freeing Majský are politically-biased, Benedik said: "And not competent from the professional point of view".

People are often sent to custody in Slovakia without any legal reason, even before the court makes a decision, he said.

"And this is basically the first case where this illegal practice was broken through," Benedik said. "I only hope that this ruling was not issued because it concerns Majský, but rather that it becomes a standard that courts will use to decide other cases, too.

"The thing is, by deciding about custody, the constitutional rights of a citizen were breached and the relevant consequences followed from that," he continued. "And it really does not matter whether Jozef Majský or someone else was concerned."

Majský's accomplices in the pyramid schemes were David Brtva, who was sentenced to 11 years in jail, and Patrik Pachinger, sentenced to 10 years. The Special Court also sentenced them to pay back the damage to the investment funds - a total of Sk336 million.

In October 2002, Majský was accused of establishing an organised crime group that allegedly defrauded Horizont and BMG Invest out of Sk800 million (€24 million). He tried to flee to Austria in the car of his then-wife and MP Diana Štrofová, currently the State Secretary of the Foreign Ministry. But he ended up in custody, where he spent two-and-a-half years with just a brief break.

Since 2004, the Special Court has dealt with cases of the most serious political corruption and organised crime. This is the first major case where the Supreme Court discharged the verdict of the Special Court.

Majský's assets are estimated at Sk8.4 billion (đđ€252 million), according to TA3.

He started doing business before the fall of communism. He started to get rich after the Velvet Revolution by selling computers, but he made most of his money in the first round of "coupon privatisation" - where public property was distributed through coupon bonds that entitled the holders to shares in formerly public enterprises and companies.

Majský sponsored several political parties and was the co-owner of several media outlets, including the popular Radio Twist, in the mid-1990s. He enjoyed boasting about his acquaintances among politicians, who he admitted to bribing. When a journalist from the STV public broadcaster asked him in 2000 whether he had ever bribed a politician, he boasted: "I do that every day".

Majský has always maintained his innocence in the case.

"I really had nothing to do with the thing that is the subject of the prosecution," he told the media on October 25.