AFTER several years with fewer beds available in the High Tatras, accommodation in Slovakia's most famous mountain resort area will be less hard to come by in 2008.
The temporary decrease was mainly caused by renovations to some old hotels in the High Tatras. But some of them will be ready to open their new gates to visitors next year. 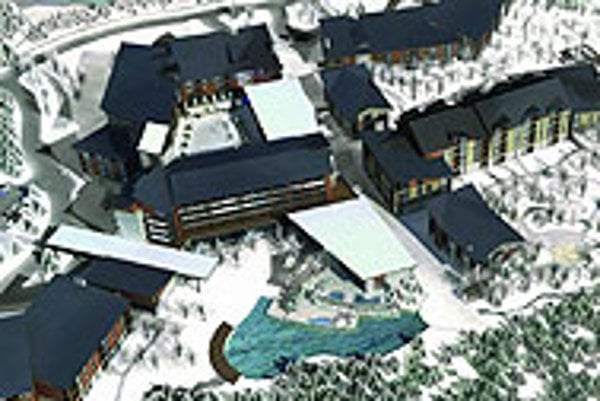 Font size:A-|A+0
AFTER several years with fewer beds available in the High Tatras, accommodation in Slovakia's most famous mountain resort area will be less hard to come by in 2008.

The temporary decrease was mainly caused by renovations to some old hotels in the High Tatras. But some of them will be ready to open their new gates to visitors next year.

"Over the last few years, the number of beds in all types of tourism facilities in the High Tatras was decreasing," Peter Chudý, executive director of the High Tatras Tourism Association, told The Slovak Spectator. "Currently it is around 10,000 beds.

"But starting in 2008 the number of beds will increase, because the investments into reconstructing several old hotels, which has taken place over the last two to three years, will be finished."

The bed capacity mainly gets short during the busiest seasons, such as Christmas, New Year's, Easter and the summer holidays. On average, 41 percent of the current accommodation capacity is used each year in the High Tatras, which is higher than Slovak national average of 31 percent, Chudý said.

Investments by the J&T Finance Group and Letterstone should fill the gap in luxury, five-star hotels, which the High Tatras currently lack, Chudý said. These places will mainly focus on foreign clientele or Slovaks with above-average incomes.

Currently, most visitors come from Ukraine, Russia and the Baltic states during the New Year's holiday. During the rest of the winter season, visitors are mainly from Poland, the Czech Republic, Hungary, and Slovakia, he said.

Letterstone, which is planning a Sk1.5-billion ski resort in the area, thinks the High Tatras have the potential to draw more foreign tourists with deep pockets.

"We consider Slovakia to be a country with a great potential, in terms of economic growth as well as tourism development," Ivan Zatloukal, general director of Letterstone Slovakia, told the media. "The High Tatras region, where we plan to develop our activities, has exceptional natural beauty."

The area's proximity to the Poprad Airport, only 15 kilometres from Letterstone's future resort, is also an advantage, Zatloukal said. With regular flights from London and St. Petersburg, the region can become an attractive and accessible destination for visitors from Great Britain, Ireland and Russia, he said.

J&T spokesman Maroš Sýkora agrees that the High Tatras could be doing more to reach their potential.

"From a natural beauty standpoint, the Tatras are definitely the best we have," he told The Slovak Spectator in an earlier interview. "But they simply lack high-quality services."

Letterstone wants to meet the need for those services with its Silver Resort. The resort will be built on an area of 84,091 square metres, on the grounds of a former sports camp in Tatranská Lomnica. It will include seven holiday houses with 368 apartments, six semi-detached villas and a 91-room hotel.

Construction on Silver Resort is expected to finish in 2010, and it should employ around 150 people.

The goal is to provide above-standard accommodation and services, while maintaining the natural environment, said Martina Satmarová, marketing manager of Letterstone Slovakia.

J&T also has ambitious plans for the area. They include modernising local ski hills, updating ski lifts and cableways, and refurbishing hotels.

The developer wants to transform an early-1900s hotel in Štrbské Pleso, formerly called the Hviezdoslav, into a five-star health and wellness resort called the Grandhotel Kempinski High Tatras. It should be completed in 2008, and the investments are expected to total €35 million.

J&T also wants to turn the historic Gradhotel Praha in Tatranská Lomnica into a four-star hotel. It should be finished in 2009 at a cost of €15 million.

The Helios hotel and the Solisko spa hotel in Štrbské Pleso will be reconstructed and turned into three and four star hotels, respectively. Helios should be finished in 2009, and Solisko in 2008.