Heading for summer in winter

SLOVAKS are no longer limited to spending their winter holidays in Slovakia's mountains. Now they are looking for more exotic destinations to escape the winter and get a taste of summer in December.
With the arrival of the winter season, some Slovak travel agencies expect the interest in exotic holidays to increase by about 20 percent. 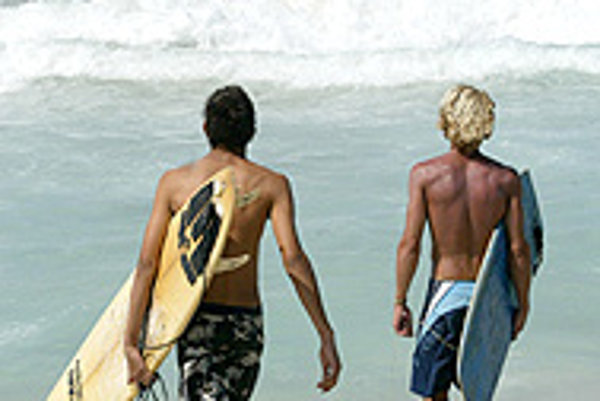 Font size:A-|A+
SLOVAKS are no longer limited to spending their winter holidays in Slovakia's mountains. Now they are looking for more exotic destinations to escape the winter and get a taste of summer in December.

With the arrival of the winter season, some Slovak travel agencies expect the interest in exotic holidays to increase by about 20 percent.

According to Jozef Zelizňák of Bubo Travel Agency, Slovakia's economic growth has contributed to the situation - an increasing number of middle-class Slovaks can afford a more expensive exotic holiday.

"It is no longer only the privilege of the elite, as it was before," Zelizňák said.

But Kollár says the rising popularity of warm-weather getaways has more to do with people's desire to see new places.

"The growing number of Slovaks who spend their winter break in a warmer country is not just linked to the growing purchasing power of the population, as the prices of such holidays are actually comparable with what they would pay for a winter ski trip," Kollár told The Slovak Spectator. "This is why Slovaks more frequently opt to see something new, as opposed to a classic winter break spent at a cottage or a ski resort."

Slovaks find Egypt one of the most attractive destinations during wintertime, according to Kartago tours. However, Dubai, Cape Verde and Cuba are also becoming popular with Slovaks.

The trend is set to continue in the coming years, Kollár said, adding that even destinations like Venezuela or Brazil might become interesting and realistic for Slovaks.

Satur, one of the country's largest travel operators, has recorded a six-percent increase in the number of clients choosing exotic holidays during the fall and winter season.

More people are also taking educational trips to explore local cultures instead of relaxing on the beach. In 2003, exotic learning trips had a five-percent share of the total number of trips that Satur sold. Now the number is at 20 percent, according to Gallová.

Satur's most popular destinations for learning trips are China, Thailand, Mexico and Kenya, she said.

Bubo Travel Agency, which specialises in "active" and backpackers' holidays, has seen a rapid spike in interest for its offerings.

"Cuba has been the most popular destination for the third year in a row," Zelizňák told The Slovak Spectator. "Many Slovaks also travel with us to Thailand, Mexico, Argentina, Brazil. . . . South Africa, Botswana, Kenya, Tanzania, Zanzibar are becoming popular as well."

But the popularity of exotic holidays has not grown at the expense of Slovak destinations, Satur says. The number of trips to thermal pools, spas and wellness stays is going up each year, mainly during the fall, Gallová said.

The Limba travel agency has noticed the same trend.

"As far as the fall is concerned, we have not recorded any drop (in Slovak destinations)," Limba's Tomáš Hasala told The Slovak Spectator. "For the winter season, we have been recording a long-term increase - except for last winter, which was extremely warm."